The IRA, the split, and the Anglo-Irish Treaty

Opposition among Sinn Féin, Cumann na mBan, and the IRA to the Irish Free State’s dominion status within the British empire after the signing of the Anglo Irish Treaty led tothe Civil War, writes John Borgonovo

In late 1921, Dáil Éireann plenipotentiaries in London negotiated a settlement with the British government which fell far short of Irish republican aspirations.  The Anglo-Irish Treaty offered to a partitioned Irish Free State Dominion, status within the British Empire rather than sovereign independence.  The settlement generated intense opposition within Sinn Féin, Cumann na mBan, and the Irish Republican Army (IRA), which resulted in a civil war in mid-1922.  This article will explain divisions within the IRA in the run-up to the Irish Civil War.

The IRA was a decentralized organisation, which practiced collective decision-making and democratic self-governance.  In 1919, IRA members swore an oath of allegiance to Dáil Éireann, and its leadership answered directly to the Dáil Minister for Defense, Cathal Brugha.  The IRA’s particular internal power dynamics, however, featured in the ensuing army Treaty split in January 1922.

Since 1918, the IRA maintained a General Headquarters (GHQ), responsible for the army’s administrative control.  The head of the IRA was its Chief of Staff, Richard Mulcahy. An equally influential army leader was the GHQ’s Director of Intelligence, Michael Collins, who was also Minister of Finance in the Dáil Éireann Cabinet and the president of the Supreme Council of the secretive Irish Republican Brotherhood.  The two men collaborated closely, and enjoyed strong support from the IRA GHQ staff, many of whom were long-time colleagues, and/or owed their positions to the two leaders.  IRA GHQ in turn was highly involved in the operations of the Dublin Brigade, and exerted influence over some of its officers.

Beyond the capitol, IRA GHQ exercised only nominal control over its subordinate units, which financed and armed themselves, and planned their own operations.  In early 1921, the largest IRA unit was a brigade, of which there were 65 in Ireland. These reported directly to GHQ, which created a bureaucratic bottleneck.  In the spring of 1921, the IRA structure began adding a new top tier called a division, which was formed from a number of brigades. These 15 divisions reduced but did not eliminate the IRA’s managerial issues or its flat structure.

In terms of weapons, IRA units possessed an abundance of pistols and shotguns, but relatively few rifles and only a handful of machine-guns.  In late 1921, the IRA as a whole held just 3,295 rifles, of which 1,385 or 42% belonged to the First Southern and Second Southern divisions located in Munster. These two divisions accounted for most of the IRA’s strongest brigades, which had led the development of guerrilla warfare across the island.

Michael Collins and Richard Mulcahy immediately supported the Anglo-Irish Treaty, a stance shared by most GHQ staff officers.  Many of the most active elements of the Dublin Brigade likewise went Pro-Treaty, giving the Provisional Government a foothold in the capitol which slowly expanded in the coming months.  However, determined opposition immediately appeared elsewhere from within the IRA.

In the weeks before the signing of the Anglo-Irish Treaty, little effort was made to prepare the provincial IRA membership for the Treaty terms, particularly the Irish Free State’s inclusion in the British Empire and surrender of the principle of sovereignty. There seems to have been no prior consultation with key IRA leaders outside of Dublin, nor any attempt to secure a consensus within the army for a proposed settlement.  Provincial IRA leaders appear to have been genuinely shocked by the Treaty, a reaction which should have been anticipated by Michael Collins.  He likely believed that his charisma and high standing within the IRA would ultimately win over enough Treaty opponents to avoid a civil war.  Indeed, the phrase, ‘what is good enough for Michael Collins is good enough for me’, was soon deployed by Treaty supporters.  However, Collins failed to sway determined Treaty opponents in the IRA, particularly among the active brigades in Munster and Connaught, who started to repudiate the agreement following its narrow ratification by Dáil Éireann in January 1922.

The situation was further destabilised by the British Administration rapid disbandment of the Royal Irish Constabulary and evacuation of historic British Army garrisons across the 26-county area now called the Irish Free State. This created a power vacuum that the pro-Treaty Provisional Government (acting in dual-authority as the government of Dáil Éireann) was unable to fill.

It is difficult to establish an exact percentage of anti-Treaty opposition within the IRA, but it can be estimated that roughly 70-75% of members opposed the Treaty.  A number of inactive IRA units in Leinster supported the Treaty, as did more substantial brigades in Longford, Donegal, East Clare, and East Limerick. In those first months of 1922, the Provisional Government’s new National Army only slowly coalesced, though it did enjoy the critical benefits of extensive British military weaponry and transportation, and economic assistance from a functioning government.  The government’s new police force, the Civic Guards (later An Garda Síochána), however, faced more serious challenges, culminating in a mutiny of its first recruits in May 1922, which delayed deployment of the force until the late summer.  This left anti-Treaty IRA units in charge of much of the Free State territory, including most of Munster and Connaught.  However, IRA authority in those areas remained shallow and weak, and during these months the countryside was rocked by industrial unrest and rising agrarianism which increased public desire for strong governance and political stability. 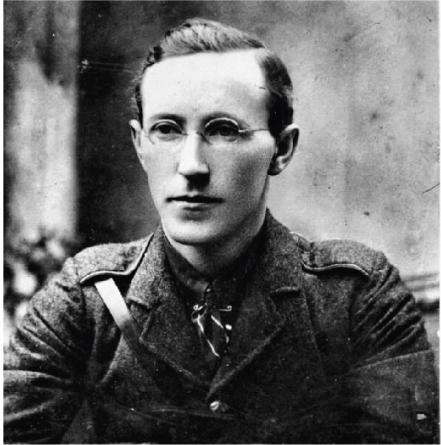 Though numerically strong, the anti-Treaty forces were poorly armed.  Internally, their leadership was also divided between those who advocated an immediate strike against the Provisional Government, and those who sought reunification of the independence movement based on a weakening of the Free State’s imperial connections.  This moderate faction was fronted by Liam Lynch and officers in his powerful First Southern Division.  Their stance was influenced by the clear public support for the Treaty and hostility to any renewed war against the British government.

Many IRA officers believed the Treaty’s disestablishment of the Irish Republic relieved them of further fealty to the Dáil Minister of Defence (now Richard Mulcahy), and demanded a convention to determine future army policy.  Recognising the danger posed by gathering disaffected IRA officers, Mulcahy delayed the convention, which also gave the Provisional government more time to build up the National Army as a separate force from the IRA.  An IRA convention was only reluctantly scheduled for 26 March 1922 at the Mansion House in Dublin, to be attended by brigade commanders and delegates elected by each IRA battalion.

In early March, however, Mulcahy and the Provisional Government banned the convention, and asserted its authority over IRA units.  Defiant IRA officer delegates attended the Mansion House meeting regardless.  The convention drew representatives of 52 of 73 IRA brigades, repudiated Dáil Éireann and the Provisional Government, and reaffirmed the IRA’s loyalty to the Irish Republic which was being disestablished by the Anglo-Irish Treaty.  Reconvening on 9 April 1922, the IRA convention elected an Army Executive, which appointed Liam Lynch Chief of Staff.  At this stage the IRA began to be called ‘Executive forces’, or, in the pro-government press, ‘Mutineers’ and ‘Irregulars’, the latter derogatory term still being in common use.

The IRA Executive found great difficulty formulating a policy which enjoyed support from both its moderate and militant wings.  The former’s preferred negotiation policy allowed the Provisional Government space to build up its forces, while the latter’s solution would trigger a civil war.   Regardless, on 13 April, the IRA Executive seized the Four Courts in Dublin as its new headquarters.  It also issued an ultimatum to TDs demanding an end to Provisional Government administration and the suspension of any election ‘while the threat of war with England exists’.

While intense negotiations between pro and anti-Treaty IRA officers and Dáil representatives nearly brought about a unification in May and facilitated a peaceful General Election in June, hopes for peace were ultimately dashed by the widening political chasm.  The British government’s unwillingness to mitigate the Irish Free State’s connection to the British Empire created an unsurmountable barrier between the former republican comrades.  In late June 1922, National Army forces bombarded IRA headquarters in the Four Courts, triggering a Civil War which lasted one year and can still be felt in Ireland a century later.

– This article by Dr John Borgonovo, UCC School of History, was first published in the special Irish Examiner Supplement 'The Road to Civil War', published 31 January 2022 –