Chapter 1. Global Context of the 1916 Rising 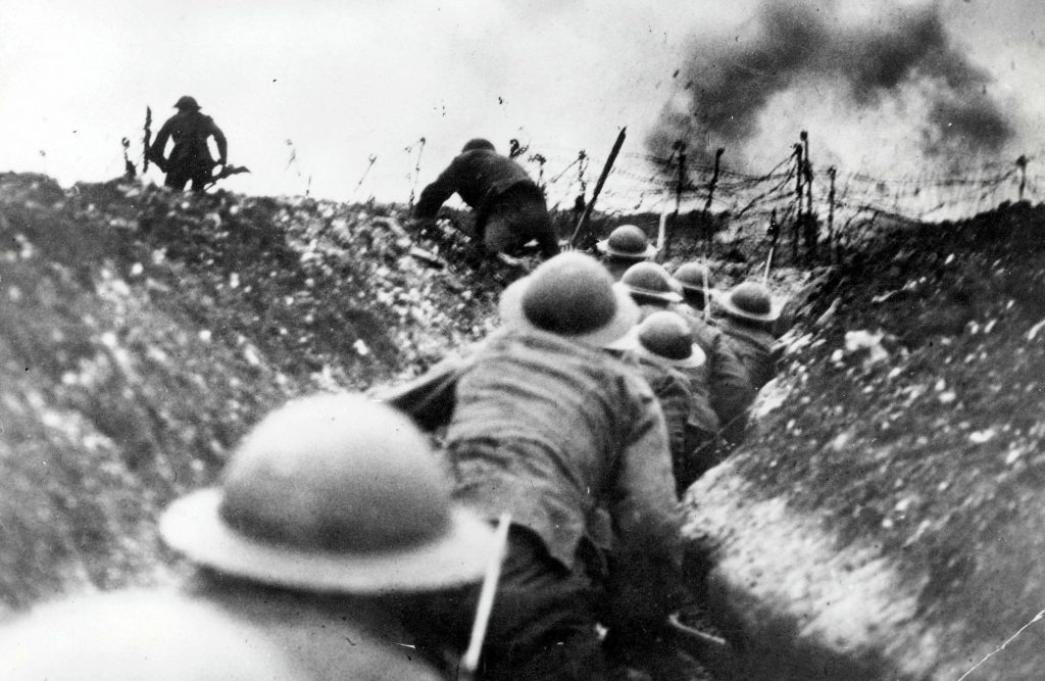 Besides centuries of imposed imperialist rule the principal international context within which the events of Ireland’s 1916 Rising should be seen is provided by the Great War. This section introduces the early years of the War from 1914-1916 as a bloody backdrop to the Rising in Ireland.

The ‘war to end war’ ­ as many in its immediate aftermath sincerely hoped and believed it would be, ­provided the bloody back­drop to events in 1916 Ireland.

The debate about the causes of this ‘Great War’ has continued ever since its outbreak. Everything from global imperialism, the growing division of Europe into two armed camps, a naval race between the United Kingdom and Germany and an inexorable logic imposed upon military planners by train timetables, have all been cited as causes of the war.

Whatever the cause, however, the devastation wrought by the conflict in its first two years was plain for all to see.

By the Spring of 1916, Russia and Austria-­Hungary were teetering on the verge of collapse, Germany and France were haemorrhaging troops, Turkey was reeling from the high cost of seeing off the Gallipoli invasion and the United Kingdom, long accustomed to seeing itself as virtually invulnerable behind the shields provided by its empire, its huge navy, and the English channel, was now forced to impose the unimaginable step of military conscription — though not yet, by 1916, in Ireland.

At the time of the 1916 Rising the western front had reached stalemate, with Germany still in control of the territorial gains it had made in the very first weeks of the war and with further advances still being made on the eastern front.

Closer to home the war had also lead to massive Irish casualties, tested traditional alliances and allegiances, placed the Irish economy under considerable strain and accelerated social change and disparity with, by April 1916, showed no signs of changing any time soon.

In the Autumn of 1914 the dogs of war ­ and all its associated pain ­ had been loosened by Europe’s statesmen and it was no surprise, therefore, that they appeared ­ in all their fury ­ on the streets of Dublin twenty months later.