New York, Monday: American newspapers publish lengthy reports of the great advance made by the Allies on the Somme during the last three days, and special reference is made to the new “ironclad monsters” which have done such execution to the German trenches and positions. Great satisfaction is expressed, mingled with surprise, at the production by the British of a war engine which “goes the Germans one better.” The greatest interest is taken in the reports of what this landship can accomplish, and there is considerable speculation regarding its permanent utility. 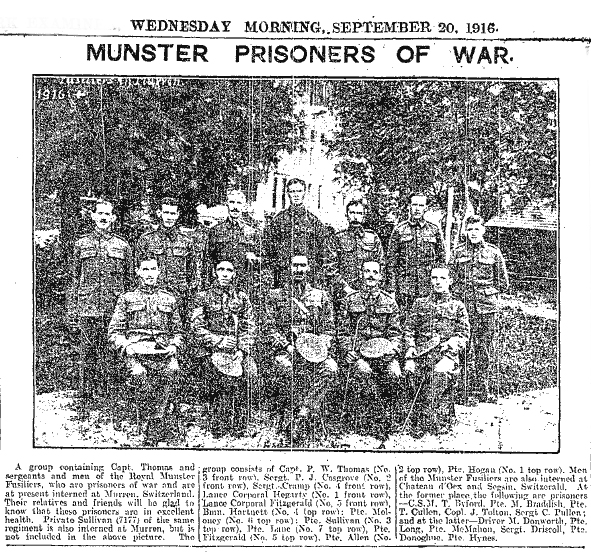 A group containing capt. Thomas and sergeants and men of the Royal Munster Fusiliers, who are prisoners of war and are at present interned at Murren, Switzerland. Their relatives and friends will be glad to know that these prisons are in excellent health.

Sir, Farmers, as a class, are slow of speech and still slower to write. Were it otherwise, the Press would be teeming with indignant protests from them, for the past few months, against the slanders on them by scribes in the English and Irish papers. We are told we are lazy, idle, selfish, and out for robbing all and sundry – getting as rich as Indian Princes. The writers of these tales must have very little knowledge of Irish farming. If they had a little practical experience they would soon realise that Irish farming is a life of drudgery, little removed from slavery – a constant battle, in the case of the average farmer, to make ends meet.

…It is quite true that agricultural produce is dearer than it has been in our life-time, but if it is so, so is everything that the farmer buys…. 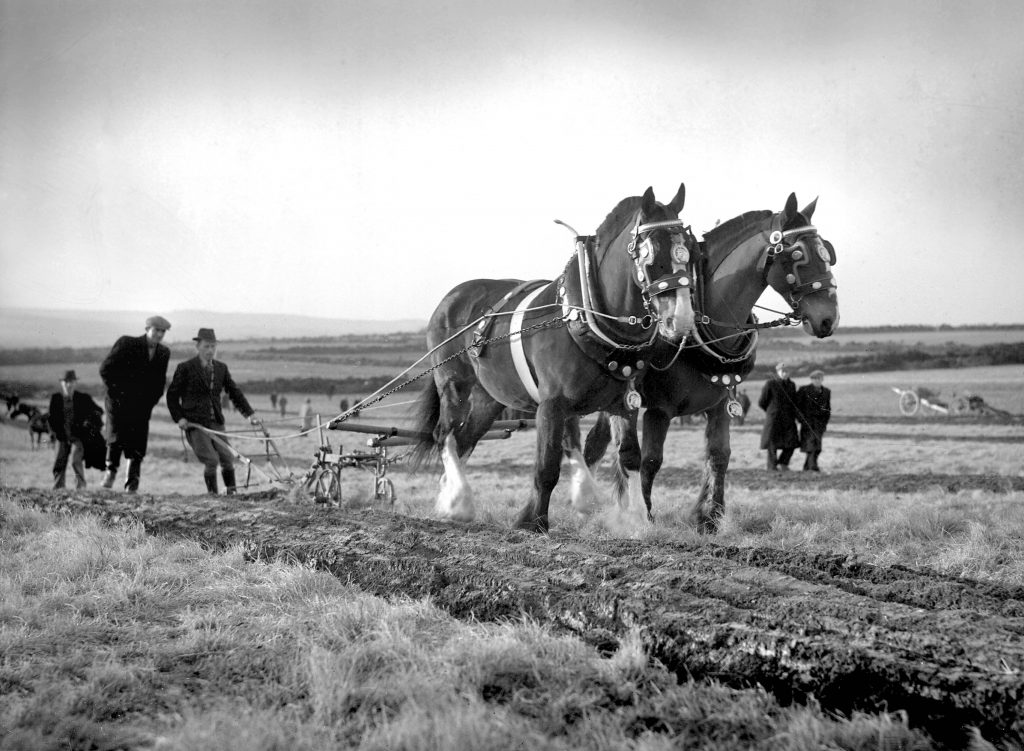 The People’s Conversation – a new Irish Language column is published in the Irish Examiner for the second time. This column would continue to appear, at irregular intervals, throughout the period.  The short article includes the following beannacta, or salutations – among other such useful phrases:

Tá sláinte an bradáin aige – “croide pollain agus gob pliuc.” – He has the health of a salmon – “a good heart and a wet mouth”)

The general level of retail food prices in the United Kingdom on September 1st was 4% above that of August 1st. As compared with September 1st, 1915, retail food prices showed an averagine cinrease of 22%. Taking the coutnry as a whole, and making allowance for the relative importance of the various articles in working-class household expenditure, the average increase in the retail prices of food since the beginning of the war may be put at 65%. In Berlin, the general level in July, 1916 stood at 117.6% avoce that of July 1914.

The accounts of the latest Zeppelin raids on England which we publish today would indicate that Germany has not yet lost faith in the efficacy of the policy of frightfulness. The number of airships that participated is given as 14 or 15. And it is announced by the Press Bureau that 30 persons were killed and 112 injured, and two factories damaged.