The domestic mood in Ireland prior to 1916 was inextricably linked to the Great War being fought in Europe.

Remember, the country was still overseen by a British Viceroy. While initial support had been evident across most of nationalist and all of unionist Ireland, it fell rapidly when people realised that the War would not be over by Christmas 1914 as promised.

While wartime censorship masked the real scale of the growing disenchantment with the war prior to 1916, evidence of a growing alienation abounded. It took many forms and included an increasing number of prosecutions for anti-­recruiting activity, the stagnation of the National Volunteers and the growing willingness of influential members of the Catholic church in Ireland to speak critically of the government.

And there was good reason for them to be critical, for to most nationalists the war was all pain and no gain. 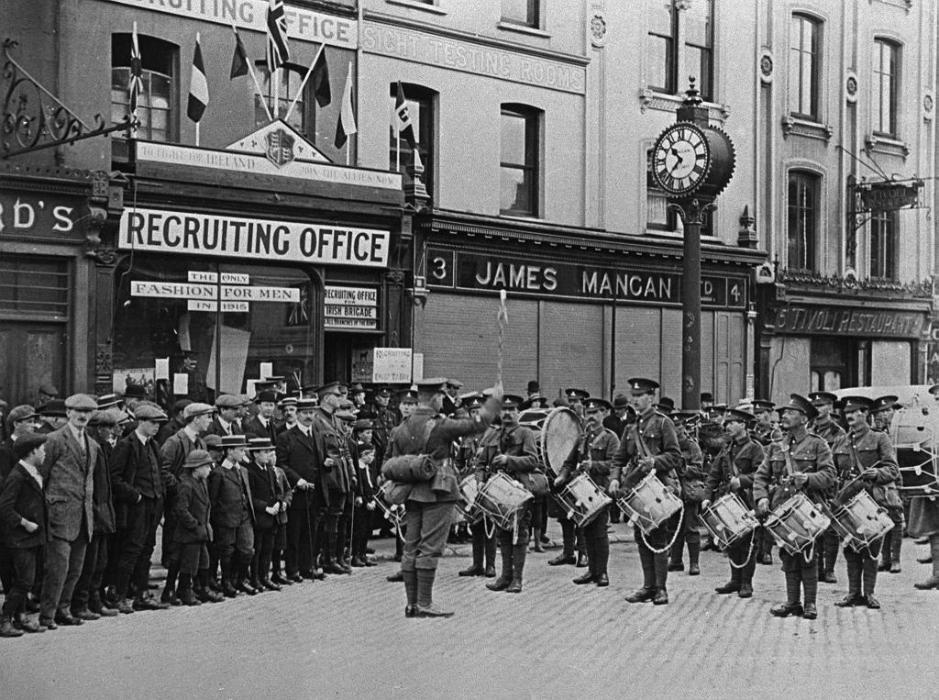 Recruitment in Cork in the early years of World War I.

John Redmond staked his political career on a rapid and early victory in the war and had abandoned the traditional hostile attitude of Irish nationalists towards the British Army and encouraged his countrymen to enlist as volunteers. 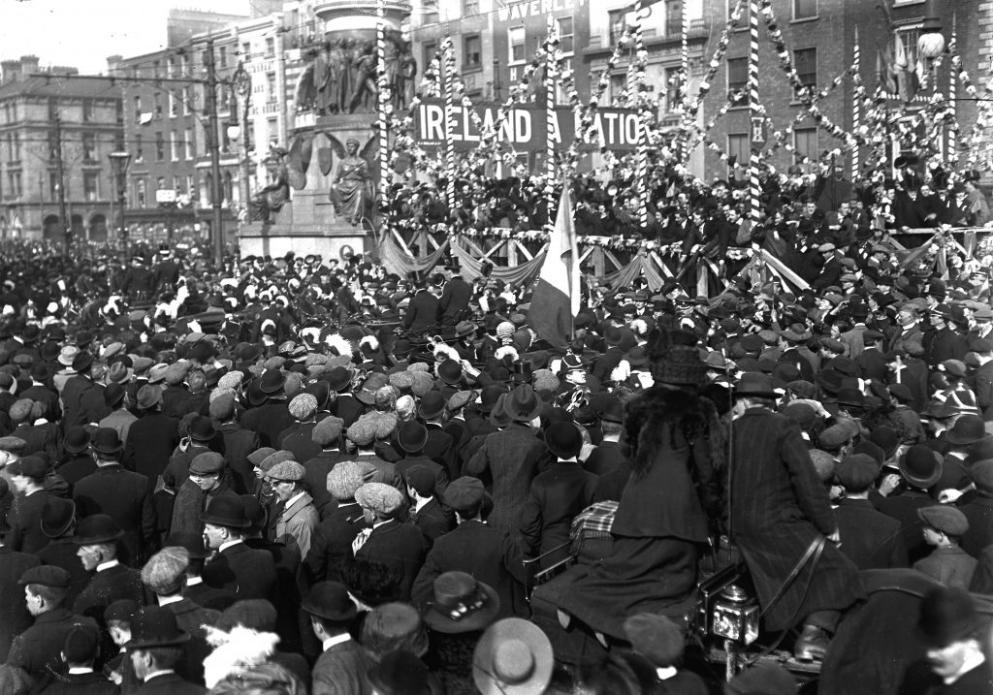 In return, he expected the government to implement the Home Rule Act of 1914. It had just been passed by Westminster shortly after the outbreak of war and if the war ended quickly, Redmond was certain that Britain would give sovereignty to Ireland.

Redmond’s gamble had failed, however. The advent of trench warfare on the Western Front in late Autumn 1914 removed all possibility of a swift Allied victory and it was clear Home Rule would not be dealt with until the war was over.

In the place of the promised land it seemed nationalists were merely doomed to suffer growing casualties, increased taxes, and the heightened contempt of their republican adversaries.

The death in New York on June 29, 1915 of the veteran Fenian Jeremiah O’Donovan Rossa served as the lightning rod for these anxieties.

His body was returned to Ireland, and was afforded what, in effect, was a full state funeral by the Catholic archbishop of Dublin (who, though he had little truck with Fenianism, was increasingly hostile to John Redmond).

Hundreds of thousands of nationalists, ranging from the most moderate constitutionalists to the most extreme physical force republican, turned out to honour the passage of the remains through the streets of Dublin en route to their interment in the patriots’ section of Glasnevin cemetery. 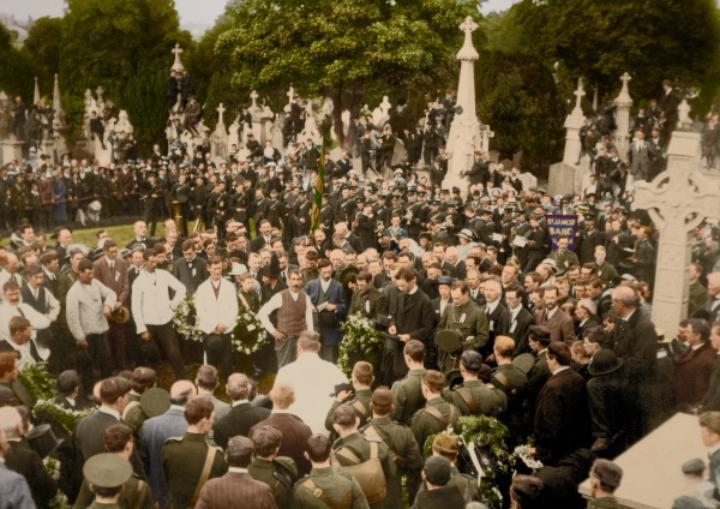 Padraig Pearse gave a famous graveside oration which offered an unequivocal endorsement of O’Donovan Rossa’s ‘direct action’ and an equally clear rejection of Redmond’s adherence that Home Rule provided a pathway to independence.