LAST night, by right of immemorial custom, the occasion being the motion for the adjournment of the House of Commons for the six weeks’ recess, a general discussion took place of a number of questions of striking political interest at the moment. None could be of greater importance than the peculiar circumstances at present associated with the government of this country. As we have said already, there is no parallel in any civilised country now or at any other time we recall of the amazing state of affairs in Ireland. Alter a long interval of Martial Law a Chief Secretary has been appointed, but Martial Law has not been abrogated. Both Civil and Martial Law are in force together. Nobody knows which really is the law. Both cannot be law-givers any more than you can have two sovereign authorities. 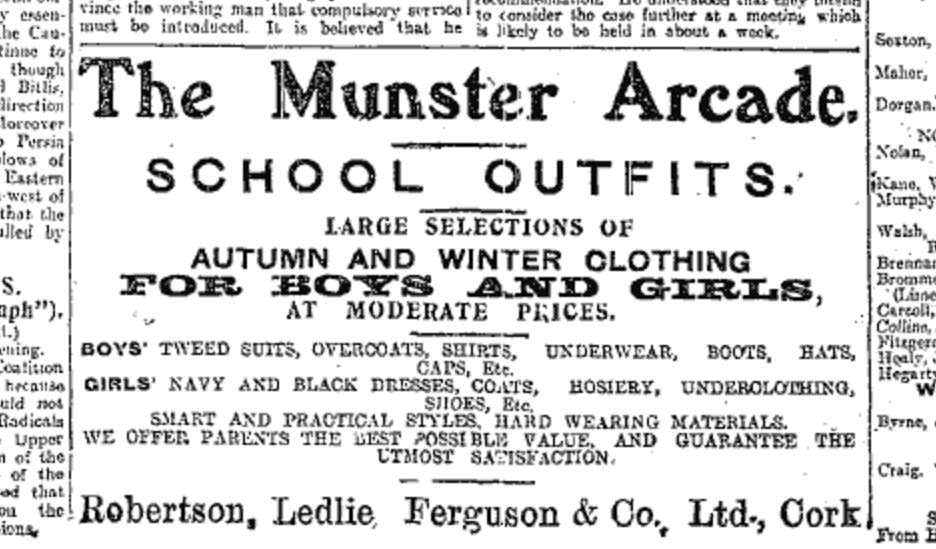 Back to school shopping advertised at The Munster Arcade, Cork in 1916.

Every man woman and child in Cork must see D.W. Griffith’s mighty spectacle. 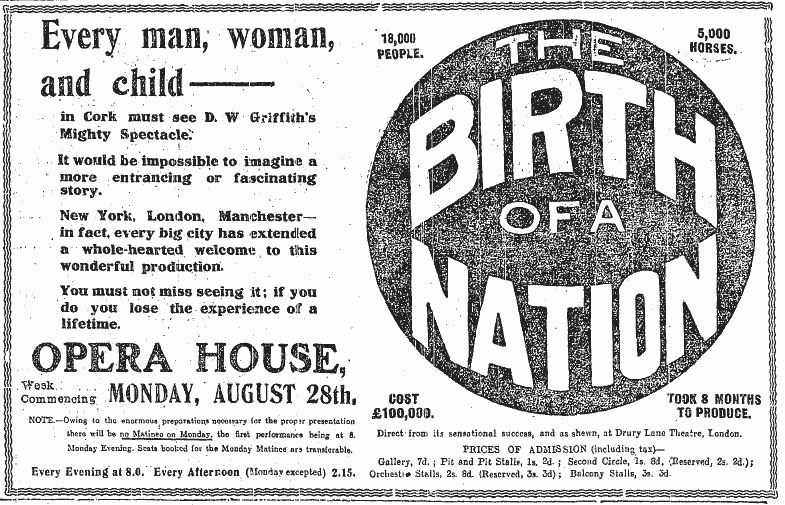 Bread in Cork will be up again in price on and from Monday next. The increase this time is the second within a few weeks—will be a further halfpenny per pair.

This is what the leaving cert results looked like in 1916, published in full in the Cork Examiner newspaper. 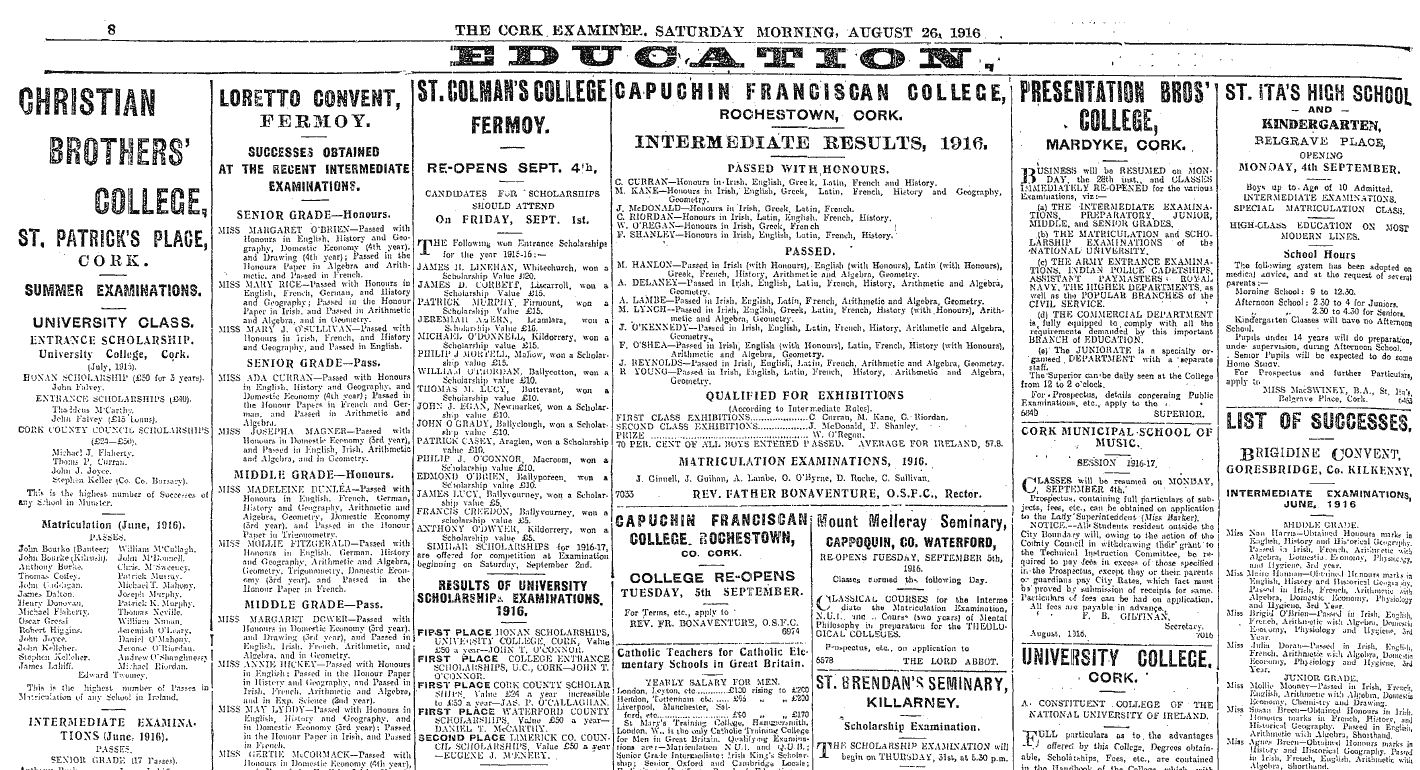 IF expectations be compared with the actual results achieved by air-craft during the progress of the European war, it will probably be found that the anticipations of the public, which had been educated to expect colossal results, have not been fully realised… The failure of the Zeppelins to disseminate destruction wholesale has made people somewhat blasé, and perhaps because of the failure of the Zeppelins to come up to expectations a general, and  largely unjust, a conclusion is reached that the air-craft results as a whole have been disappointing.

At Thurles Sessions on Saturday a young man named Thomas Murphy, of Ballylanders, Co Limerick, was charged with having at Thurles railway station on the evening of the 30th July used language of a seditious nature and likely to cause disaffection amongst His Majesty’s subjects.

The police evidence was to the effect that the defendant and a number of others were returning from a hurling tournament in Thurles. The platform was crowded with people and the defendant was the ringleader of a body of men who shouted, “”Down with the British Army,” and they also sang “Who Fears to Speak of Easter Week” and other songs of a like nature, in which they were joined by the crowd and cheered for the rebels, etc.