The general courtmartial assembled to enquire into the charges preferred against Staff Sergeant Major Lacey, Army Pay Corps, resumed its sitting yesterday morning at Cork Barracks. Accused pleaded not guilty to the charges, which alleged misapplication of money for insurances, stamps, loss of cards, non-delivery of unexpended balance on postage stamps account, drawing certain pay to which he was not entitled under the regulations, and obtaining a railway voucher to which he was not entitled.

Mr. F. Sheehy Skeffington, journalist and pacifist writer, who was shot at Portobello Barracks on the 26th April, left personal estate valued at £550, of which £500 is in England. He died intestate, and letters of administration have been granted to his widow.

Recently some very severe strictures and bitter comments have been passed by members of local and other bodies on those to whom has been entrusted the work of establishing and equipping the cork National Shell Factory. The very successful negotiations which resulted in Captain Downie, the representative of the Minister of Munitions in Ireland, receiving from the Corporation a lease of the St. Peter’s Market, Cornmarket street, Cork, as a site for the erection of the factory, are of sufficiently late date to  be fresh in the public mind and to need no recapitulation here. With a promptness and energy which so well fit Captain Downie for the very important post which he so ably fills, he, immediately that the stallholders in the leased market had been accommodated by the Corporation in the vacant stalls in the other markets, had the work of fitting and equipping the place under weigh. The rate at which the necessary work was progressing did not seem sufficiently fast for those who were unsparing of their criticisms, and who spoke without being fully aware of all the facts…

For instance, when digging a bed for the emplacement necessary for an accumulator, which when loaded weighs 100 tons, water from the bed of the river was struck, and a big engineering difficulty encountered… necessitating as it does very extensive pile driving and concreting. All the skeleton and iron-work is finished… and the only thing now necessary for the complete equipment of the factory is the delivery of the machinery necessary. 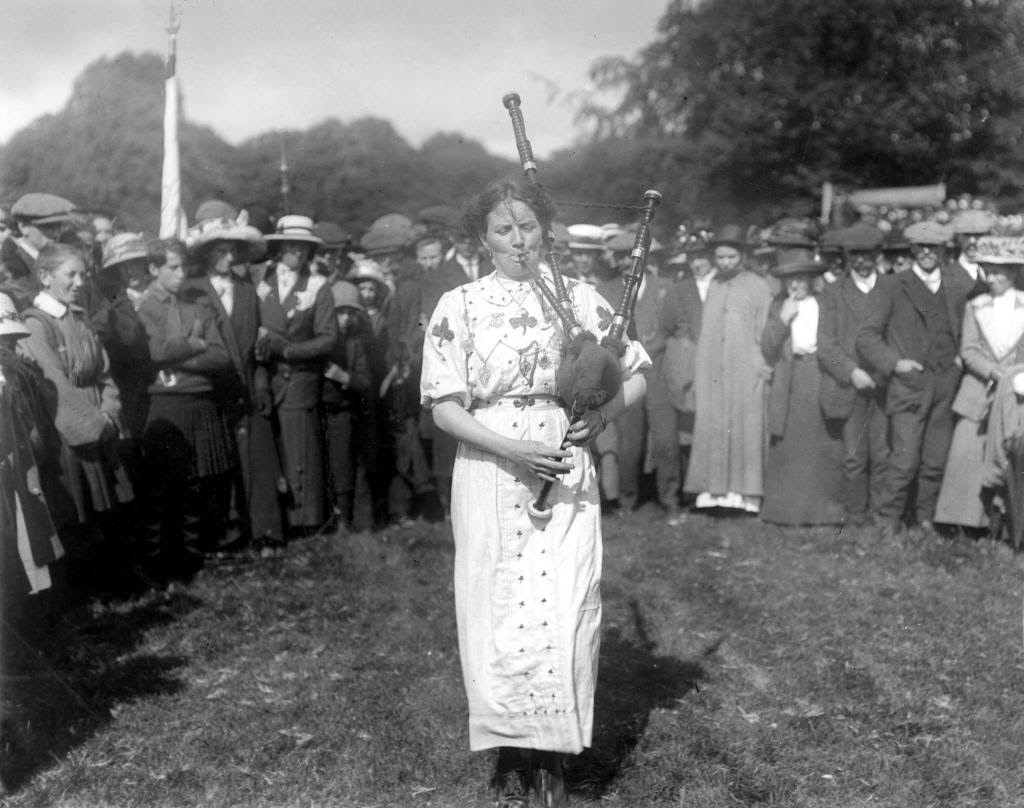 Dear Sir… Our people are suffering from an attack of the nerves on account of the horrible treatment meted out to so many patriotic idealists, who loved their country so well. And some of them cannot be persuaded that the Irish Party did their best to save them and to bring the guilty parties to justice. Meanwhile on the cause must go; the business of the Nation must be carried on, not by weeping or gnashing of teeth nor by snarling and girding at each other, but by a steady resistance to the common foe in the only organisation capable of enabling us to do so, the National League of Ireland… P.P. 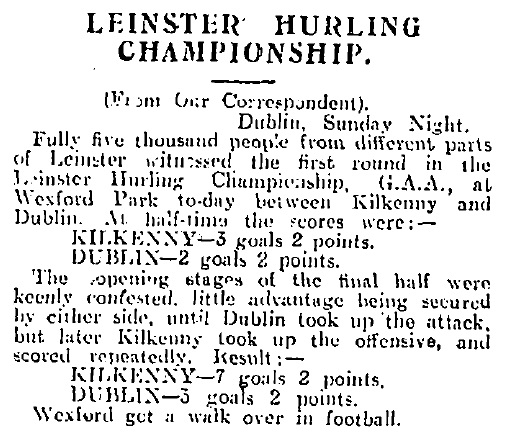 Fully five thousand people from different parts of Leinster witness the first round in the Leinster Hurling Championship, GAA at Wexford Park today between Kilkenny and Dublin. At half time the scores were:

The opening stages of the final half were keenly contested, little advantage being secured by either side until Dublin took up the attack, but later Kilkkeny took up the offensive, and scored repeatedly. Result:

Wexford got a walk over in football.