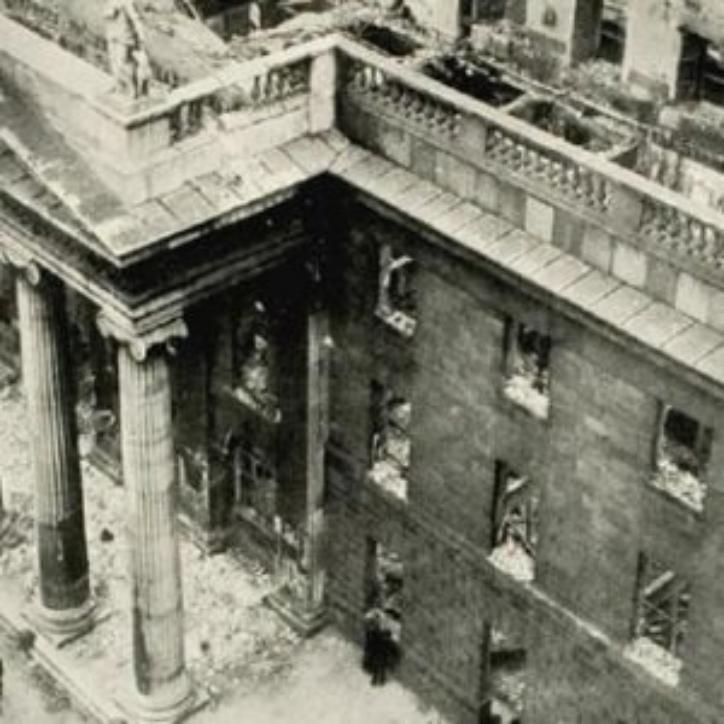 Patrolman W. McAuliffe, who was killed by two shots in the back in order, it is believed, to terrorise New York police investigating anarchist activities, was a native of the parish of Meelin, and belonged to an old North Cork family.

Granted fine weather, there should be a very large attendance at the Cork Athletic Grounds on Sunday next to witness the engagement between St Finbarr’s and Blackrock in the opening round of the Cork County Championship. For some years, these teams have not figured in a prominent manner in important contests, but each club has now trained a smart, clever 15 of young players, and the teams will be evenly balanced on Sunday next. Blackrock and St Finbarr’s intend to make determined efforts to regain the proud positions they occupied in the movement a number, of years ago, and their meeting should prove most interesting. A fast and exciting game is assured, and the fixture should be strongly supported.

Yesterday, the Tolls and Markets Committee of the Cork Corporation unanimously decided to hand over St Peter’s Meat Market in Cornmarket St for the purpose of a National Munition Factory, and a special assembly of the Council has been summoned for Saturday — the earliest possible date — with the view of confirming their action.

Patrons of Crosshaven will be glad to know that the military authorities have withdrawn restrictions against excursionists to Crosshaven, which were in force since the commencement of the war, and the Cork, Blackrock and Passage Railway Company will run an augmented summer service this year. A commencement will be made on Good Friday and Easter Monday, when tickets will be issued by the 11am trains.

The Committee were engaged for a considerable time in selecting judges for the different departments at the forthcoming show on Wednesday, 7th June.

Captain Benn notified the meeting that Mrs Bowen-Colthurst, Oakgrove, Killinardish, would present £5 towards the prizes, to be allocated if possible in a Kerry or Dexter class as follows — 1st prize, £3; 2nd, £2; 3rd, £1. Captain Benn kindly offered 3rd prize... A vote of thanks was unanimously passed to Mrs Bowen-Colthurst for her generous action.

Within weeks, the Bowen-Colthursts would be subject of hostilities when it would emerge Captain John Bowen-Colthurst of Oakgrove was responsible for the murder in Dublin of Francis Sheehy Skeffington and three other journalists during the Rising.