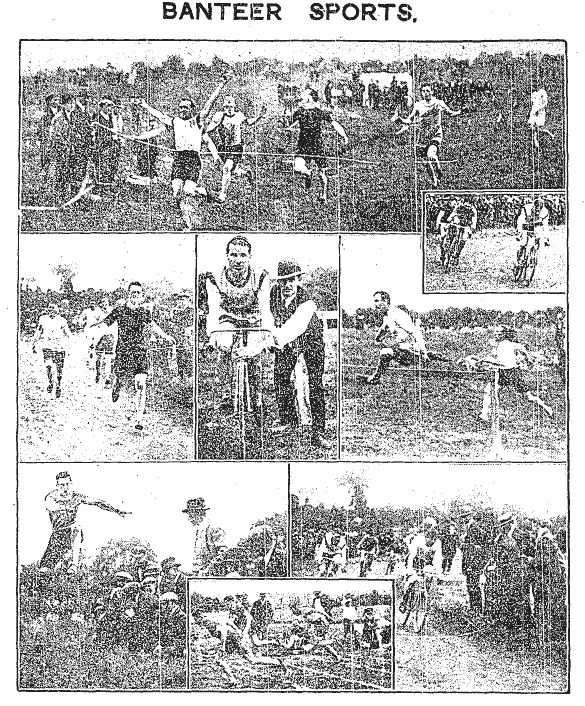 Banteer Sports were held on Sunday, and were enjoyed by the large number of spectators present. They included: springing, hurdles, long jump, and the Five Miles Cycle Championship of Munster.

The Iveragh Feis was held in Cahirciveen on Sunday. Thought the morning was gloomy and threatening to rain, large numbers of persons arrived in Cahirciveen in the early part of the day from all parts of Iveragh and surrounding districts. With the exception of unsatisfactory weather conditions the fixture was otherwise a great success.

The National War Savings Committee called attention to the fact that the sum now being spent by the nation on alcoholic liquors is estimated at £182,000,000 a year, and appeal earnestly for an immediate and substantial reduction of this expenditure in view of the urgent and increasing need for economy in all departments of the nation’s life.

The committee says it is entirely outside the province of a committee appointed to deal with war savings to make any pronouncement on the social and political questions involved in the limitation and control of the sale of alcoholic liquors. But obviously in the present national emergency a daily expenditure of practically £500,000 on spirits, wine and beer cannot be justified on the ground of necessity. This expenditure, therefore, like every other form and degree of expenditure beyond what is required to maintain healthy and efficiency is directly injurious to national interests. Much of the money spent on alcohol could be saved. Even more important would be (1) the saving for more useful purposes of large quantities of barley, rice, maize and sugar, and (2) the setting free of much labour urgently need to meet the requirements of the navy and the army. To do without comforts and luxuries and all else that is not essential to health and efficiency while the war last is the truest patriotism.

The Press Association is officially informed that the King has been pleased to approve the appointment of the following gentlemen to be members of the Royal Commission to enquire into the cases of Messrs. Skeffington, Dickson, and McIntyre… 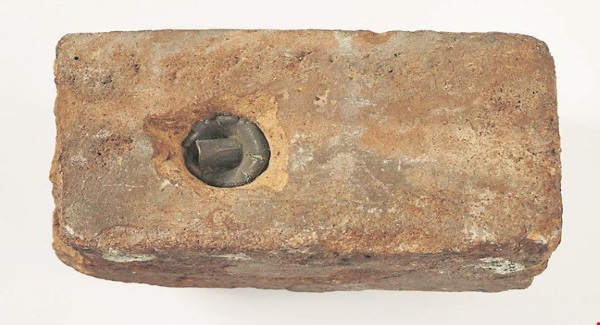 Like him or like him not, Mr. Lloyd George is one of the few men who have come through the two years of war with any reputation left. The one serious blot on his escutcheon is the breakdown of the Irish settlement. How a man of his grit and force of character would allow himself even to appear to be baulked by a party hack of the calibre of Lord Landsdowne is to our mind the least plumbable political mystery of our generation. Mr. Asquith might be relied upon to turn the other cheek to all and sundry. But neither friend nor foe of the Welshman would expect anything but a blow for blow and a tooth for tooth…

What we wanted to say is that Mr. Lloyd George’s address to the Eisteddfod strikes us as in some  ways one of the most important pronouncements of the day. Briefly, it was a plea for national cheerfulness, a rebuke to the downhearted brigade, of which England, to whom the words were addressed, has not a monopoly. Mr. George delivered a reasoned rebuke of those who want to put an end to everything cheerful in England: “To encourage idle persons to compose poetry during war was unpatriotic! Promoting culture during war-time was something every Welsh member of Parliament ought to snub! To give prizes for social and industrial events of the Welsh village was dangerous at anytime, and during war was doubly so! To excite the interest of people in literature during war was a criminal waste of public money! Above all, to sing during war, especially national songs, was positively indecent, and the powers of the Defence of the Realm Act ought to be invoked to suppress it.” This may be adapted with advantage for Irish purposes. There are kill joys who would have no Gaelic matches, who would have no Feis, who would not go to a theatre or music hall during the war. Doubly undesirable is the cry that during this trying period there should be no attention to Irish culture or national ideals, native poetry or music. All these things have a value above price. The war will have caused pain and suffering and loss enough. Let us not add to the sacrifice other precious things which once lost can never be regained.

That was why Mr. George favoured the holding of the festival of literature and song even in the middle of Armageddon…

It was only a Celt could make such a speech, but the world is the better that it was made. To our own country, curiously sympathetic with Welsh feeling, may be given with equal fervour the same advice to keep cheerful. Whether sections of the Irish people are concerned about the war or our own more domestic troubles, nothing is to be gained by the cult of the lugubrious. The war will be over some day…The country with the strongest nerves, which meets disaster without snivelling, or calling their leaders ninnies or traitors, is the victor. To be down-hearted is to be defeated…

With the aid of our splendid pastimes, our grand music, our ancient language, and our glorious traditions, surely we will not be behind our Welsh cousins in facing the music with resolute and cheerful hearts.

When two young men named Daniel O’Brien and Michael Ryan, The Spital, were charged at Tipperary with disorderly conduct, Constable Cammins said he found them and a number of other youths singing “Who Fears to Speak of Easter Week” and shouting “Up the Rebels,” and “Good Old Mick Callaghan.” When he advised them to go home they refused. Defendants were fined 1s each and cautioned.

Attendance of students at the Summer College this year makes a record. The residential College which has accounted for over 100 students has been filled to its utmost capacity during August by a most earnest band of students.