It is strongly rumoured in the city that the Ford Motor Company are acquiring a large tract of land on either side of the Lee at deep water to start a branch of their world wide industry in Cork. 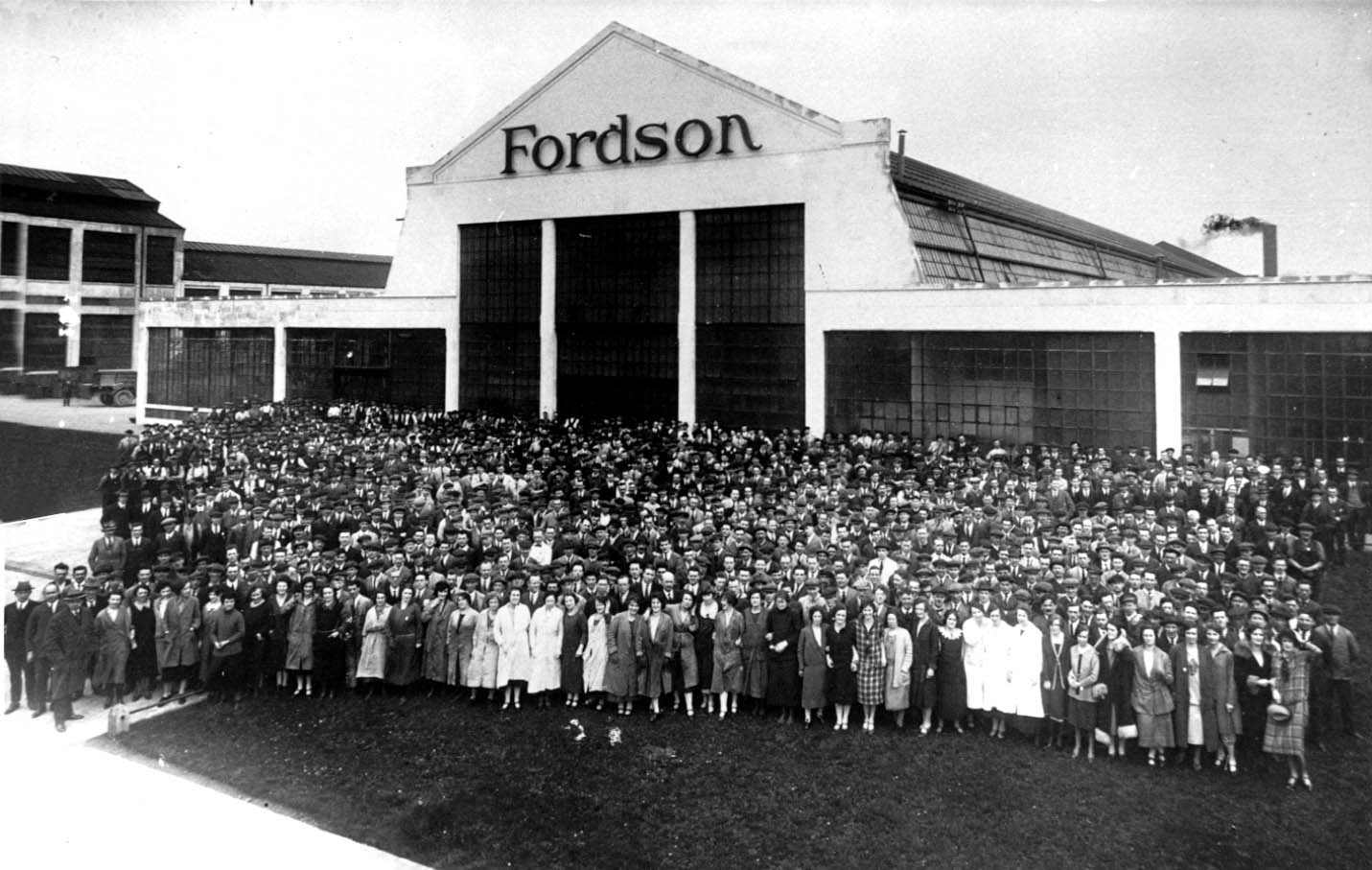 The Ford Factory in 1926, as rumoured, was built alongside the Lee.

A large and representative meeting of the ratepayers of the town of Cahirciveen was held in the Carnegie Library for the purpose of discussing the advisability of lighting the streets of Cahirciveen by electric lighting at £35 per annum. “We earnestly urge our representatives to take immediate steps to have the wishes of the general body of town ratepayers, hereby expressed, carried into effect, so that public lighting may be rendered available without further delay.”

To the men whose bravery won the recent great French victory before Verdun the world pays tribute. 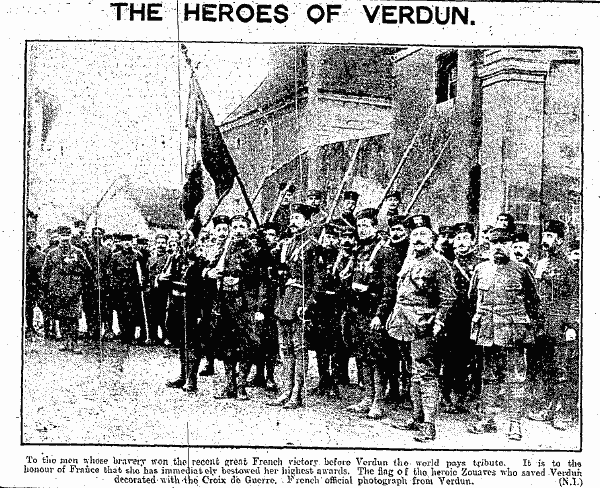 Messrs. Thomas Walsh, Hospital, and his brother James were arrested at Hospital on October 28th under the Defense of the Realm Act for offences committed on October 22nd. The former had only been some short time released from prison in connection with another charge under the Realm Act. The latter is a discharged soldier who was through the present war and got his legs frost-bitten at Svyla Bay, as the result of which his two legs were amputated. He was released after a few days as the authorities decided not to proceed against him. Thomas was brought before a district court martial at Limerick on 13h inst. At which Major Wellington presided. He was alleged to have used the following words to Constable B Brien of Hospital on October 22nd: “ I am out for blood. I hate the sight of your dirty uniform or any other Government man’s. To h___ with the King and his rotten men and the English law.” An altercation with the constable ensued… Witnesses “swore they were within 15 or 20 yards from the constable and the accused at the time of the occurrence alleged, and what the constable swore did not take place… Having retired to consider the evidence to court, that they found the accused not guilty and he was acquitted on all charges.”

The question of the release of the Irish political prisoners is one in which the keenest interest is felt in this country, and the dilatoriness of the Government in dealing with it, is as unwise as the Government’s method of dealing with most Irish questions. While it may be granted that the business of getting on with the war is, from the British point of view, the most urgent matter for the consideration of Parliament, still the demand of the national Party for the release of the untried men who are detained in custody is also a matter of urgency…

At the Cahirciveen Courthouse, a case in which Jerh. J Reardon and Ml. Walsh, Gaelic teacher, were charged under the Dence of the Realm Act for uttering seditious language on 15th August last, came on for hearing.

Witness then heard a voice saying “Nor Britons.” Walsh then said those people at whose hand they (martyrs) met their deaths would fall yet. Witness then heard a voice say “up the rebels,” “up the Kaiser,” “to h— with England and down with King George.” Witness saw Jerh. Reardon in the Market Hall. Constable Ross raised witness up over the door, and he saw Jeremiah Reardon standing in the middle of the hall, and he was signing “Easter Week.” Witness added that there was shouting “Up the rebels,” and “up the Kaiser.”

…Chairman said that they were unanimous in coming to the conclusion of convicting both defendants, and fined Jeremiah J. Reardon the sum of £10 and costs of court, or in default, to be imprisoned in Tralee Gaol for two months without hard labour, and also bound him to the peace for the period of twelve months… in the case of Michael Walsh, which was most serious, he was fined the sum of £20, or in default three months’ imprisonment in Tralee Gaol, without hour labour.