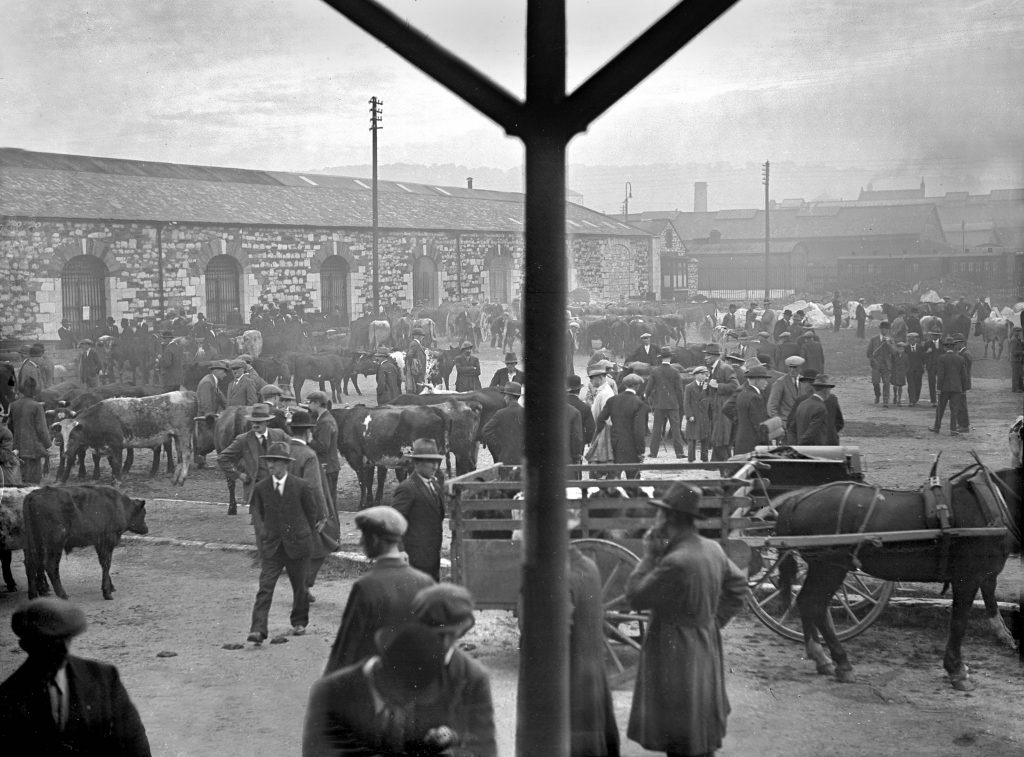 A cattle market at Cornmarket in the 1920’s, adjacent to Cork city hall.Irish Examiner Archives

The Christian-like practical sympathy evidenced all round to those who are suffering from this fearful war has been a bright spot amidst the wailings of the broken-hearted and afflicted and the encircling gloom. The wounded heroes, who are daily arriving, are justly entitled a first charge upon the nation’s tenderest care and, thank God, they are receiving it all round…

To the Editor of the “Examiner”

Dear Sir – The following letter has been sent to the “Cork Constitution,” but was suppressed:

Sir – In your issue of Oct. 20th, Mr. Henning Corker pleads the insanity of Captain Bowen-Colthurst as an excuse for his actions, though in the same breath he declares that a “strong government” would have shot my husband ‘as a traitor to his country, and passed the usual Act of Amnesty in defence of the officer’ who carried out the execution. If Mr. Henning Corker believes that my husband deserved this fate for his opposition to the war and to recruiting in Ireland, why does he shelter his friend under the plea that he was “off his head”? …The important question, however, for the public, is not whether Captain Bowen-Colthurst was sane or not, but why, if insane, he was (as now admitted) kept in command for over ten days after his crime and actually given on May 8th charge of “the entire defences of Portobello Barracks?” If the authorities were aware (as they now admit) of his record and state of mind, why was he not at once put under restraint if only for the sake of his brother officers and men. -Yours faithfully,

From various indications it is to be deduced that food prices will mount still higher, and that the times ahead, especially for the poor, consequently look extremely black and depressing.

The shortage is a war shortage. Labour must necessarily become scarcer as men go into the army, and there is also a growing shortage of ships.