Through the kind permission of Lieut-Colonel R.S. Brasier-Creagh a most successful dance under the auspices of a committee of the corporals of the battalion took place on Wednesday night in the YMCA Hall, Aghada. The function was a natural sequence of the sergeants’ dance held the previous week, and in point of numbers and in real enjoyment deserves to be placed on an equal plane. About 70 couples tripped the light fantastic toe, and all went merry as a marriage bell, dancing beginning at 8 o’clock and winding up at 12 midnight…

Work in this factory has been in progress for some time and continues in the usual way at present. This statement should set at rest any controversial doubts created by recent discussions at some local public bodies. A visit to the place yesterday revealed matters in full swing, and showed a large number of girls being trained in the preliminary to the actually process of shell-making. In other portions of the factory the actual work connected with this important branch of munition industry could be observed in progress…. At the same time it cannot be said that the work is carried on in what may be called top output standard…

The Foreign Office forwarded through the Press Bureau today the following telegram received by Mr. Asquith from the Russian Prime Minister… “The Imperial Government highly appreciate the sympathy which the British Government, intimately bound to it in the common struggle for the triumph of right, has been good enough to express in connection with the decision taken by Russia with reference to the future of the noble Polish people.”

The Federal Reserve’s warning may have a staying effect on banks and private investors which would set a day for the termination of the war. Unless the Allies can go on borrowing freely from the American purse, they cannot go on with their unholy strife… We are thankful that during the last month of the year signs have been many that the Dove of Peace is at last on the wing… 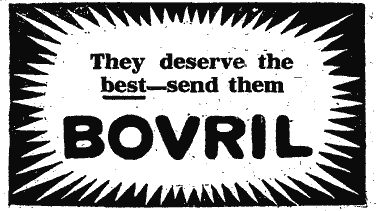 The extreme gravity of the present situation is Ireland, no matter from what point it may be viewed, is sufficient to fill with consternation everyone who is interested in the country’s well-being. The Government, which is directly and solely responsible for the present state of affairs, appears to be unable to realise how serious the existing situation is, or it is callously indifferent or culpably incapable. …There are many things which at the present time tend to create unrest in Ireland, and it may be as well to say plainly that neither the unctuous utterances of the Prime Minister, nor the callous and useless replies of Mr. Duke, are helping to sooth the bitter feeling that is growing in intensity, and for which the Government, and what does duty for an Irish Administration, are responsible. Irish Nationalists cannot be expected to remain docile and subservient under conditions which, if imposed by Germany, would be denounced as unconstitutional and uncivilised; so the Government may be warned that the continuance of Martial Law, the dilatoriness shown with regard to amnesty, and the treatment of the political prisoners generally, the industrial anomalies and the laxity in dealing the the food problem, are matters upon which the most extreme dissatisfaction exists in Ireland.

Last night the Milford police arrested at Mr David McAuliffe’s, a young man passing under the name of John Daly, and belonging to Banamore, Kanturk, on suspicion of being Patrick O’Riordan, charged with shooting at and wounding police at Firies, Killarney, during the rising in Easter week. The prisoner was brought into Carleville this evening and handed over to a police escort from Killarney. A field glass was amongst other articles found on the prisoner when arrested.