Newspaper Reactions to the Easter Rising

In the Aftermath of the Rising…

Attention soon shifted back to the European War as 1916 stretched on, particularly the conflict in the Somme, albeit with a hint of war weariness creeping in. [i]

The Irish Question, with regard to the Press, was in turn exacerbated by the work of Lord Decies. Prior to Decies appointment as Censor in 1916, Irish press censorship was already being conducted under the auspices of DORA. Brought into being following the outbreak of World War I, the Defence of the Realm Act afforded the British Government a host of measures to ensure public safety and restrict free speech.[ii] In the beginning, DORA was orchestrated by a Press Bureau in London, which had responsibility for, but paid limited attention to, Ireland. This situation was altered dramatically by the incendiary events of Easter 1916.

In the General Maxwell controlled police-state created in the aftermath of the Rising, the decision was taken to establish a press censorship office with Lord Decies, a press officer attached to Maxwell’s staff, designated it’s temporary head during the Summer of 1916.[iii] When censorship control was officially passed to the Civil Authority the permanent appointment of an ex-soldier like Decies surprised many. [iv]

Supression of the Papers

Frustrated with the insubordination of the Press, General Maxwell ordered the suppression of the Cork Free Press, whose reports on conditions in Frongoch Internment Camp, which was holding both participants and those suspected of participation in the Rising, were judged to be doing a great deal of harm. November 1916 also witnessed the suppression of Patrick O’Driscoll’s former, and future, employers, the Southern Star under the orders of Maxwell on the grounds that

the military commander had “reason to suspect that the premises occupied by the Southern Star…have been used and are being used for a purpose prejudicial to the safety of the Realm.” [v]

Then, as now, attempts to muzzle the press often served to antagonise, rather than subdue.

Along with this censorship and suppression, November would also see the by-election for the late O’Brienite MP James Gilhooly’s seat in West Cork. This election was marred by political violence and internal wrangling within both the A.F.I.L. and I.P.P. Rejecting William O’Brien’s selection of Frank Healy to represent the League, Dr. Michael Shipsey also contested the election, splitting the A.F.I.L. vote in the process and ensuring that Daniel O’Leary was able to claim the seat for the I.P.P. 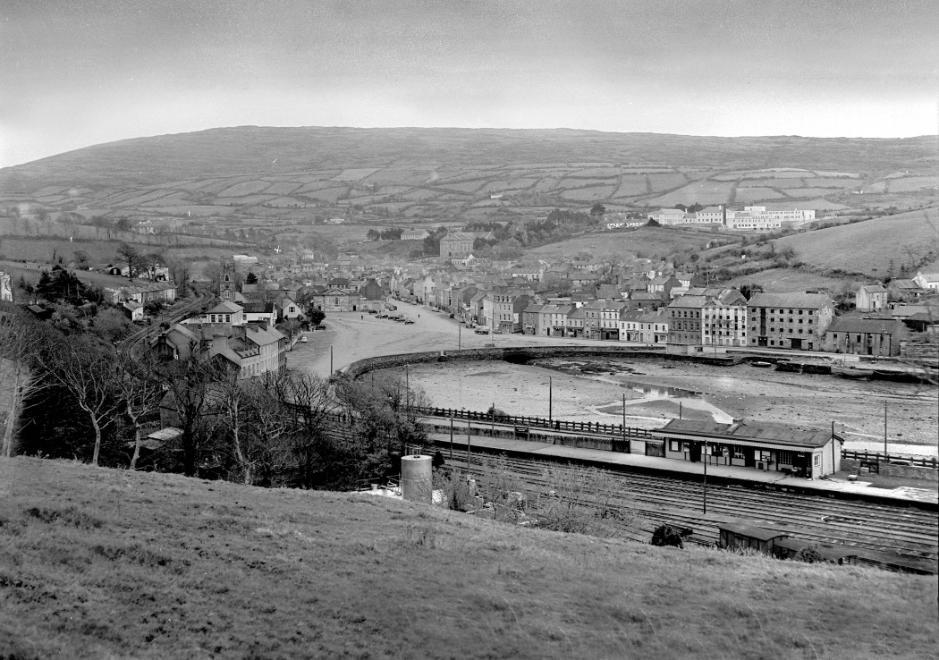 The result signalled the final death rattle for the All-for-Ireland League, with O’Brien shutting the Free Press down shortly afterwards. The following month those interned at Frongoch and elsewhere were released and would soon challenge the I.P.P.’s political ascendancy. In early 1918 the restructured Sinn Féin movement purchased the Southern Star, guaranteeing itself vocal support in West Cork. [vi]

Indeed, the turning tide of opinion was expressed, appropriately enough, by not only the newspapers themselves, but also by newspapermen in their extra-journalistic activities. In the 6th Divisional Area Report of Peter Strickland, a report ultimately suppressed itself, the General states that:

“After the rebellion, the state of the country was quiet and more or less normal for a few months. Towards the end of 1916, and early in 1917, it became clear that the state of quietness of the previous few months was merely transitory. The first case that made this clear was that of the late Tadgh Barry, who was tried in January, 1917, by District Court Martial at Cork for making a violently seditious speech.”[vii]

Barry, a former sports reporter with the Cork Free Press, and later columnist with the Southern Star, was one of a host of prominent republican figures working for newspapers at this time. [viii] The leniency with which Decies began 1917 in the conduct of the state censorship soon dissipated, to be replaced with calls for sterner application of censorship and the Defence of the Realm Regulations.” [ix] Decies’ erratic, but sterner methods, were mirrored by emerging republicans, who targeted both the Skibbereen Eagle’s printing works, and the paper’s staff owing to the paper’s perceived “anti-National and pro-British” rhetoric. [x]

Supression of the Papers

Ultimately, neither the Eagle nor the Constitution would make it through the revolutionary period, with both closing their doors in July 1922 owing to anti-Treatyite pressure, although the former would have a brief revival later in the decade.

Unquestionably, the Rising was to have a massive impact, but so too were other key events throughout this revolutionary decade. The public’s revulsion for the insurrectionist executions was reflected, and thusly legitimised, by reportage in Cork’s Press.

Similarly, the public’s emerging war weariness, fear of conscription and frustrations with constitutional nationalism and DORA were conveyed in the Press’s treatments of the West Cork by-election and relationship with censorship under Decies. As highlighted by the sociological-historical research of individuals like Joost Augusteijn, Cork already possessed the attributes for high revolutionary activity during the period 1919-21 prior to the Rising, a fact assuredly assisted by the diametrically opposed views of its papers ratcheting up tensions.[xi] In the intervening period, and in some respects even in the present day, ‘1916’ remained a catch-all term for the growing radicalism within the nationalist movements.

The pages of Cork’s popular Press present a greater account for the slow-burning, gradual sea-change in nationalist politics in an ever-increasingly revolutionary society which increasingly placed the national question front and centre in the aftermath of the Rising. The People spoke, and while the Press may not have universally agreed, they certainly listened. 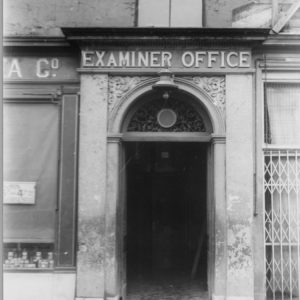 [i] Even before the Rising, papers were cautioning their readers that the war was far from over. See, for example, the Skibbereen Eagle, 22 April 1916, p. 4 University Press, Cambridge, 2006, p. 29

[viii] Borgonovo, The Dynamics of War and Revolution, p. 51

[ix] Ó Drisceoil, Donal, Tadgh Barry (1880-1921): The Story of an Irish revolutionary, Trade Union Labour, Pamphlet,  2011, p.17; Martin, Censorship in the Two Irelands, pp. 9-10. The intensification of censorship was exemplified by the experience of Margaret Matthews, part owner of the Dundalk Examiner, “a disloyal local paper”, who was prosecuted under sections 27 and 43 of DORA for displaying two copies of Amhráin na Bhfiann, set to music, in her stationary shop in September 1917. See WO 35/97/41.