“The Dublin Outbreak” or “Dublin Disturbances” and the “Irish Problem” feature prominently in the newspapers this week, as martial law is still in effect across Ireland only a month after the Easter Rising.

Death sentences are confirmed and commuted daily, as the names of rebels are published in Correspondence from the Court-Marital proceeding in Dublin. 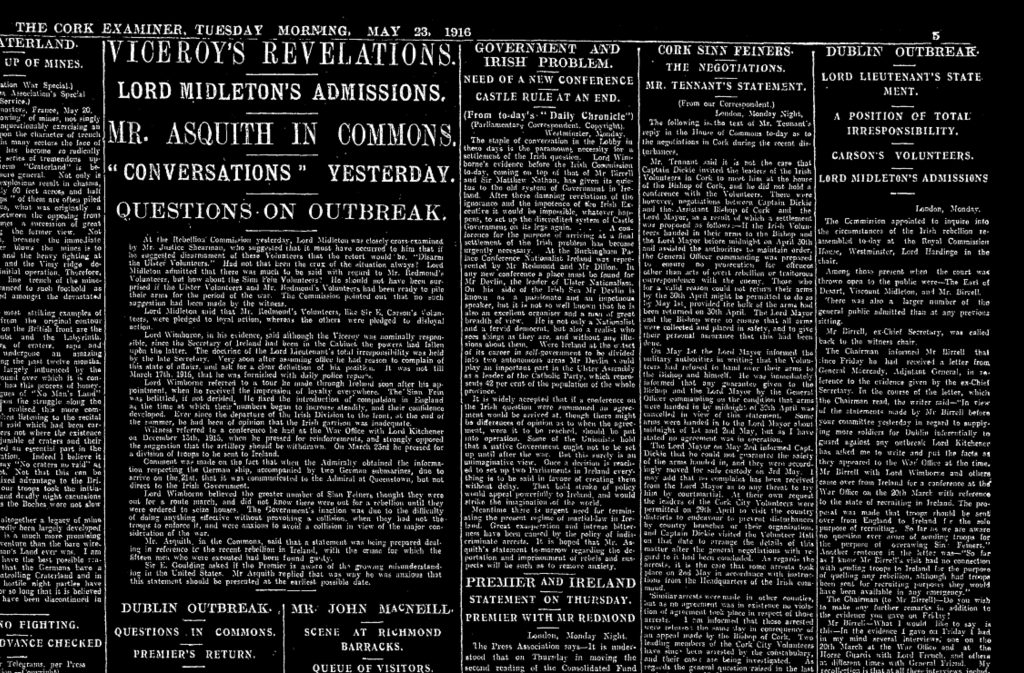 The War continues to be of primary importance, as discussions concern a supplementary note of credit sought from the House of Commons as colossal expenditure on the war to date totals £241,000,000 or £4,880,000 per diem since February 1916.

However in an interesting development, plans for the establishment of a munitions factory in Cork are proceeding despite the rebellion in Dublin.

In March 1916, as reported by A 1916 Diary, a representative from the Ministry of Munitions visited Cork to inspect St. Peter’s Market with a view to establish a National Shell Factory.

The Lord Mayor of Cork (Councillor T. C. Butterfield) received confirmation that the Ministry would rent the market at terms of £200 per annum for the duration of the war. The Chairman ‘was sure that the citizens would be very pleased to hear of the successful conclusion of the negotiations.’