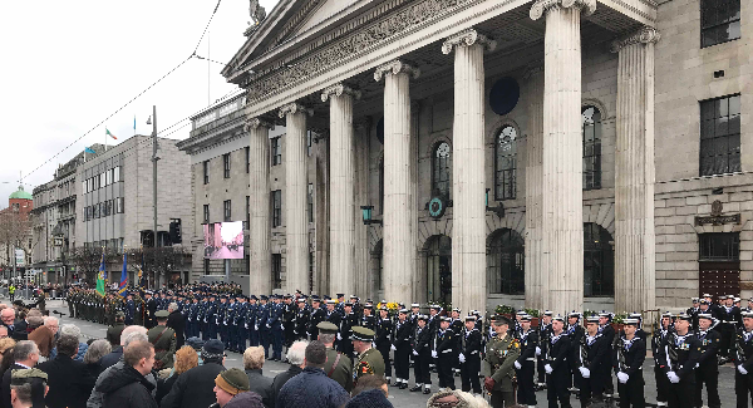 CADE’S MINERAL WATERS F. CADE & SONS, LTD, NOTIFY that in consequence of the large increases in the costs of all materials used in their business, and also the recent tax on Mineral Water and Sugar, they have been compelled to raise the price of their LEMONADE, GINGER ALE, SODA WATER, Etc.; the increased Prices to be charged on the day the New Tax becomes Law.

A strike occurred yesterday on Cork, Blackrock and Passage Railway goods steamers service. The strike effects eighteen men connected with this branch. The men’s statement is that they applied for an increase of wages, in some cases of 2s. 6d. and others 3s. a week. This application, they state, the company refused, and paid them off yesterday. It is further stated on behalf of the men that crane-drivers’ wages are 22s. 6d.; deck-hands, 17s. 9d.; and ‘’shovel engineers”, 30s. The strike affects the goods boat service.

Kenmare, Monday night. The Kenmare police arrested a young girl named Cronin to-day on suspicion of being the person that stole £3 (in gold) from Sir Thomas O’Connor’s house at Kenmare. The accused was charged before Mr S. O’B. Corkery, J.P., at the barracks this evening, and was remanded on bail to the Petty Sessions in a sum of £5.

Mary Daly a soldier’s wife, in receipt of 12s 6d a week separation allowance, was fined 5s. for being drunk in charge of a child. Defendant lodges in No. 1 Harpur’s Lane.

Dublin. Wednesday Night. The non-union men employed by the City of Dublin Company as dock labourers were paid off last, night, and twenty members of the Transport Workers Union taken on. Thus all source of friction has been removed, and work was conducted on normal line to-day. Sailings will take place to-morrow.

Florence, Thursday. A number of English, Scotch, Irish and Australian officers, with members of the American Red Cross ambulance on the Verdun front, all of whom have been some time here for their convalescence, left to-day. Their departure caused keen regret among Florentines and the British and American colonies, who all extended them hearty welcome and vied with one another in providing hospitality and entertainment. - Reuter

Yesterday Messrs Sheehan Bros., of the Grand Parade Market, bought in upwards of 500 salmon. Two big catches were made at the “Marina. Hole” yesterday forenoon by Mr. J. Barry, Lower Road, and Mr. P. Mahony, Coal Quay, they capturing 45 and 40 respectively in two hauls, while Mr. Murphy, of Passage, caught 38, also in two hauls. The price of salmon yesterday evening was from 1s 4d to 1s 6d a 1b.

In our advertising columns to-day we publish the first list of subscriptions towards the fund organised under the auspices of the Lord Mayor, on behalf of the Little Sisters of the Assumption, Assumption Road, for the rebuilding of their boundary wall, which collapsed during the recent stormy weather. It need scarcely be pointed out the claims of this excellent Order upon the citizens of Cork. Their kindness towards the poorest classes, to whom they solely minister is almost a household word. Their services are always at the disposal of the most pitiable of their fellow citizens and the rules of their Order do not permit them of accepting anything therefor .

Many of the main players in the 1916 Rising featured regularly in newspapers of the time, but most of the activities relating to the Rising did not feature in the news and are only now known from information held in archives.

‘Movement of Extremists’ reports of the Dublin Metropolitan Police, held in the National Archives of Ireland. See the original documents at nationalarchives.ie

Bureau of Military History witness statements made by participants in the Rising in the 1940s and 1950s: www.militaryarchives.ie