The long term legacy of the 1916 Rising is a complex subject which is, has been and will continue to be the subject of heated debate, much reflection and manifold interpretation.

What cannot be argued is that the events of 1916 had far reaching societal, economic and political ramifications for the island of Ireland and its people, both north and south.

In the most immediate term many survivors of the Rising went on to become central players in the creation and formation of the wider political landscape which emerged in the years after the Easter Rising and which led to the creation of an independent Irish state and the partition of Ireland.

This ‘Civil war’ political landscape – which effectively shaped the social, economic and political parameters of the Republic that came after it – has largely persisted to this day and is, therefore, perhaps the one legacy of the Rising which has impacted us most.

Ironically – 100 years after the Rising and as a result of our most recent election – the first real signs of a thaw in this political landscape are now emerging.

It now seems clear that the political landscape in Ireland  – and some would say at long last – is now moving towards one more reflective of left and right socio-economic ideologies and one based less on affiliations reflective of positions or allegiances adopted during and after the civil war of the 1920’s.

For many the saddest and most damaging long term legacy of the Rising manifested itself in the terrible violence and bloodshed which followed the outbreak of what has become known as ‘the northern Troubles’ in 1969. 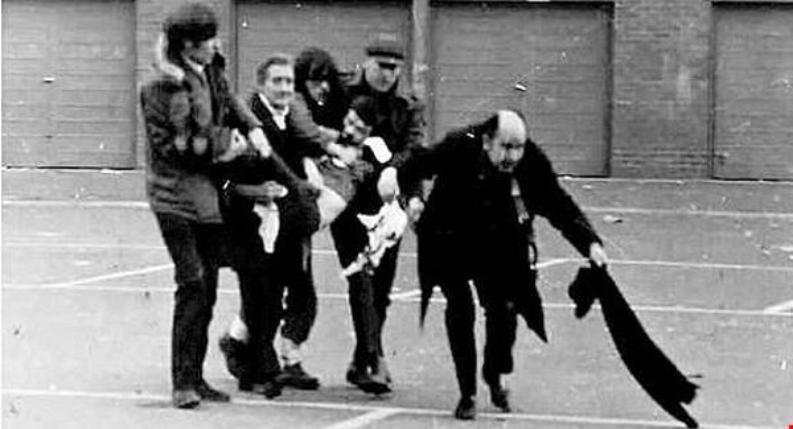 For many these troubles were deeply rooted in the failure of political leaders in the Irish Republic and Britain (and of course Northern Ireland) – in the immediate aftermath of the Rising and the 50 years that followed it – to effectively tackle or grapple with either;

(i) the wider ‘macro’ issue of partition or

(ii)  the powder keg being generated on a micro community level by the failure of the Irish and British governments to address the societal and civil rights injustices being visited on nationalist and largely Catholic communities in the north.

While Irish republicans during these ‘Troubles’ continued to venerate the legacy of the Rising and point to it as a conflict and struggle that mirrored the one being waged by them – or by others on their behalf – the disconnect of the Irish government – and one could argue the people of the south – was reflected in their decision to discontinue annual commemorations  in the 1970s.

With the IRA ceasefire and the beginning of what became known as the 1990’s Peace Process the ‘official’ view of the Rising and its legacy grew more positive throughout the island, a change in attitudes that  has escalated in the last two decades and which ultimately resulted in the nationwide and year long commemorations that marked the 100th anniversary this year.

It is clear the legacy of the Rising is one that continues to evolve and only time itself will allow us to see if that evolution culminates in the aspirations set out in the Proclamation being realised in full.

This “selection of Irish Footage in the British Pathé archive” gives a taste of some of the finest contemporary reporting on the Irish Easter Rising (1916), War of Independence (1919-1921) and Civil War (1922-1923). The piece finishes with a brief look at the declaration of the Republic (1949)