Despite his prominence in several areas of public life in Cork, and his tragic end, Tadhg Barry has never had the profile of some of his contemporaries, writes Des O'Driscoll

The last high-profile person to be shot by the British in the War of Independence, his funeral brought hundreds of thousands of people to the streets of Cork and Dublin... so why has the name of Tadhg Barry faded from memory?

That's one of the questions a new book on the native of Blarney Street in Cork seeks to answer. Written by UCC historian Donal Ó Drisceoil and published by Mercier Press, Utter Disloyalist: Tadhg Barry and the Irish Revolution traces the incredible life of a figure who was shot dead 100 years ago by a teenage soldier at Ballykinlar internment camp in Co Down.

The centenary of Barry's death is being marked in Cork on Monday, November 15, with several events, including a graveside oration at St Finbarr’s cemetery by city Lord Mayor Colm Kelleher, and a tree-planting ceremony at the North Monastery school, his alma mater.

As well as his left-leaning republicanism, Barry was a well-known figure in numerous other aspects of Cork life in the early part of the century, including trade union activism, and as an alderman on the city's corporation. He also had a big hand in organising the local GAA, trained the first camogie team in the city, and wrote the first ever rulebook for hurling. 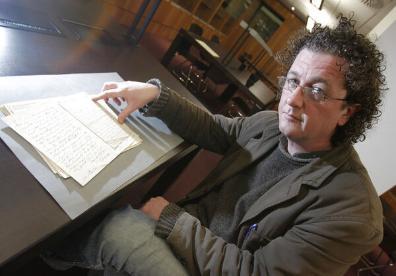 The circumstances of the 41-year-old's death were put together by Ó Drisceoil through a combination of eyewitness accounts, and trawls through British military archives. It seems that Barry – in his third period of internment without trial – had been waving goodbye to some comrades who were being paroled, and had been slow to obey an order to move away from the perimeter fence.

A jittery 18-year-old private fired one shot that pierced Barry's heart. It was a killing made all the more tragic as it occurred during a truce, and came just a few weeks before the treaty and the release of remaining IRA prisoners.

On its journey south, Barry's funeral cortege brought an estimated 250,000 people to the streets of Dublin, while Cork came to a similar standstill as his body was carried through his native city. Among the mourners in the capital was Michael Collins, home during a break at the treaty negotiations.

So why has Barry had such a low profile in comparison to some of his contemporaries? “Basically it was a matter of timing,” explains Ó Drisceoil. “A few weeks after his death, the Anglo-Irish treaty was signed, and all the focus was on that. Soon after, the Civil War erupted and his name just got somewhat lost in the smoke.”

First Published in the Irish Examiner on 12 November 2021