The only shots fired in Kerry during the Easter Rising

'Those Damned Shinners Should give up their Arms'

Despite the high degree of Volunteer and IRB activity in Kerry before and during Easter Week in 1916—much of it quite overt and occurring right under the noses of the authorities—just a handful of bullets were fired from one gun in the county in the days after the Proclamation was read by Patrick Pearse on the steps of the GPO.

In stark contrast to the bloodshed and mayhem on the streets of Dublin, Kerry was almost entirely spared the horrors and the fatalities which beset the capital city in the week following the declaration of the Republic. This may be partly due to the explicit instructions—regularly and rigorously reinforced to the rank and file of the Volunteers on the ground in Kerry by Austin Stack and other local leaders—that nothing to arouse the suspicion of the authorities in advance of the rebellion was to take place. There was to be no engagement with the RIC or the military until explicit instructions were received from Dublin. When no such orders came, even after the insurrection got under way in Dublin, and following the botched attempt to land guns at Fenit and the drownings at Ballykissane, the rank and file returned to their homes but remained in a state of military readiness, under arms and awaiting orders.

The confused situation and the absence of instruction from headquarters did nothing, however, to quell the ‘state of siege’ which—according to two of the participants in events in Kerry—existed, and all those who had been lying low were ‘keyed up’ amid an ‘air of war’ in the county. It was in this context that Volunteer Jim Riordan went into Firies village near Farranfore to buy a newspaper on the morning on Saturday 29 April, less than a week after the Rising had erupted in Dublin and at the same time as its besieged leaders were contemplating surrender in a house on Moore Street. 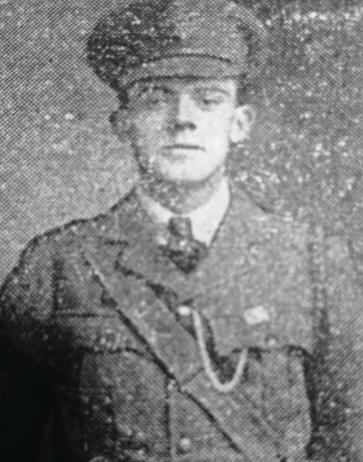 Jim Riordan was born at Longfield, Firies, in 1898 to a strongly republican family and in a parish where, one report suggests, ‘the tradition of disloyalty in the district was too strong and deep-rooted’. Aged sixteen, Riordan joined the Irish Volunteers in 1914 and soon rose to the rank of lieutenant of the Firies Company. His brother, Patrick (Paddy) was also a member. By the beginning of 1916, the Firies Company was actively drilling and arming itself and boasted a membership of 75 men.

Soon after midnight on Easter Monday 24 April, the company assembled at the church in the village and marched to nearby Currans to join the company there. They marched on to Castleisland as the designated meeting point for companies in the Castleisland battalion where battalion officer, Dan O’Mahony, was in command. Amid confusion and the lack of receipt of any further instructions, the local companies decided: ‘To disband temporarily, to meet every night during the week in their respective areas, all Volunteers to hold themselves in readiness for immediate mobilisation, one Volunteer to be appointed on full-time duty by each company to receive and deliver urgent communications when required, and, lastly, each Company Captain had to pledge himself that no untoward incident as regards attacks on armed enemy forces would be permitted.’ The final element of that decision was to be sorely tested in Firies a few days later.

Jim Riordan volunteered to act as the member on duty during the remainder of Easter Week. He oversaw the assemblies each night and waited as the train arrived each morning at Molahiffe railway station, in anticipation of a dispatch or orders from Dublin. An account published many years later claims that Riordan, in full Volunteer uniform, visited the railway station on the morning of Saturday 29 April where local RIC members taunted him, saying, ‘We’ll strip that uniform off you before the night, Riordan’ to which he replied, ‘I would like to see you try it’.

According to his brother Paddy, Riordan walked from his home at Longfield at 11 o’clock that morning to purchase a newspaper to see if there was any information about what was taking place in Dublin. He met two local men named Costelloe and Donoghue. The three saw two RIC officers—Michael Cleary and Thomas McLoughlin, who were based at Farranfore—dismount from bicycles before putting up a notice in the window of the post office announcing the introduction of martial law. Paddy Riordan noted that Costelloe or Donoghue made a remark within earshot of the RIC men about Jim Riordan giving up his arms, to which the officers replied, ‘These damned Shinners should give up their arms’.

One account says that Jim Riordan went over to read the notice and ripped it down in full view of the constables. As Riordan tried to pass Cleary and McLoughlin, one of the constables made to open his holster and the other started to unsling his carbine. Riordan produced his Webley gun and fired at the policemen, wounding them both. The Irish Independent records that Cleary was shot in the left thigh and McLoughlin in the left arm. The wounded men were treated in O’Sullivan’s public house before being moved to the county infirmary. 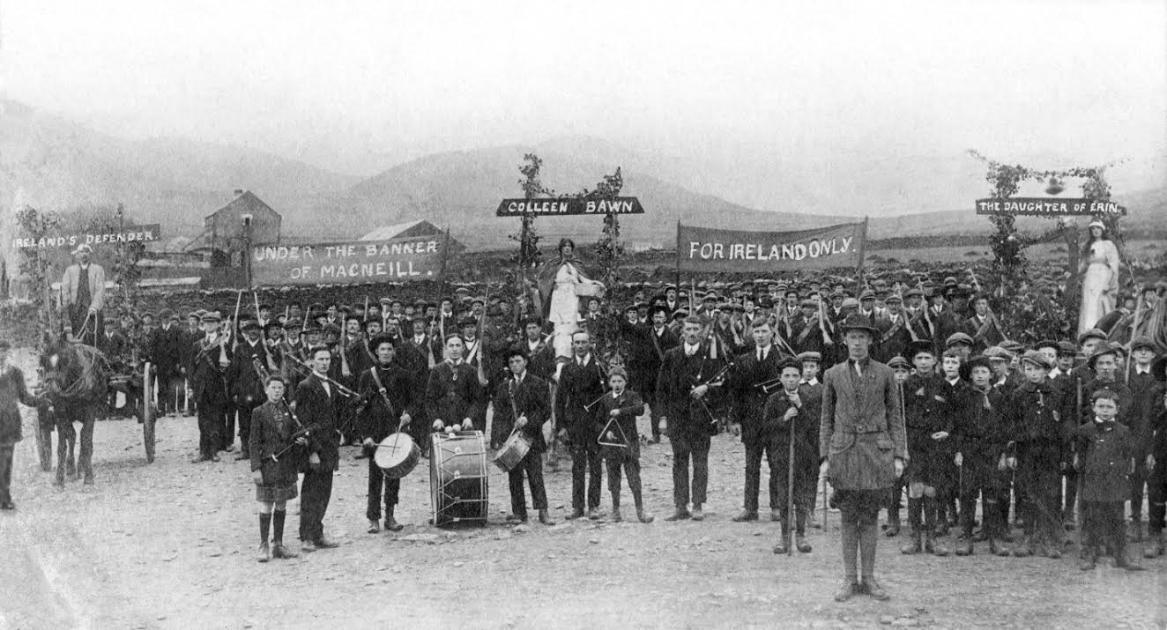 From his home at Longfield, Paddy Riordan heard the shots and recognised the sound of his brother’s gun. Jim Riordan ran home and was urged by Paddy and his father to flee to the home of a local Fenian, Tadhg Quirke. Within hours: ‘Two carloads of RIC arrived at Longfield and they approached our house in single file. An RIC man named Kelly was in the lead, but when he came to the gate he funked going in and the rest of the RIC gathered up behind him. They then rushed the house; it was a thatched house by the side of the road. They started to wreck the place when they found we were not there.

‘They smashed a fiddle, struck my father, broke windows and, entering an outhouse where milk was held for churning, they spilled the pans of milk and a barrel of cream on to the floor.’

During the raid on the family home, a list of local Volunteers who held weapons was discovered and this prompted a number of arrests in the district and the arrival of several additional troops in Firies the following day.

Constable Michael Cleary later died of his injuries and Jim Riordan became a wanted man. He went on the run and stayed in a hut in Keel, Castlemaine, for several nights before returning home briefly before hiding out in Tournonagh in Scartaglin. He managed to evade arrest and travelled by boat to Liverpool where he arrived on Christmas Eve 1916, and travelled onwards to the United States before finally settling in Australia. He never set foot in Ireland again.

Jim Riordan died in Australia in 1947. He remains the only one to have fired a gun during Easter Week in County Kerry. Michael Cleary is the only man to have been shot in the county during the same period. Cleary was 23 years old at the time.