A Year of Conflict in Country House Society

From the Easter Rising in Dublin to the slaughter and carnage of the Battle of the Somme, 1916 was a fateful year in the minds and lives of Irish country house owners.

To the country house community, the 1916 Rising was an act of treason and the response was one of revulsion towards the conspirators.

It was also condemnatory of the incompetence of the British administration in Ireland. Harriot, the marchioness of Dufferin and Ava, for example, had harsh things to say of chief secretary Augustine Birrell: “I trust Mr Birrell will be got rid of after this. A good man, and not an old joker, is wanted here.”

In the main, Irish country house families were unionists and loyalists. Up to 1914, they had been prepared to fight the implementation of home rule in Ulster, by force if necessary. At the outbreak of war, they showed their loyalty to king and empire when they signed up to fight in their thousands and enthusiastically contributed to the war efforts at home.

For many of these families, the rebellion brought a sense of genuine fear and panic. At the root of this were thoughts of the 1798 rebellion when Irish country houses were attacked and looted. Letitia Overend of Airfield House, near Dundrum, Co Dublin, was particularly conscious of such memories, writing to her aunt Minnie in April 1916: “It all seems like a nightmare, or as if things had wound back to ’98 again.”

There was revulsion at the outbreak of rebellion in Dublin in April. Charles Hamilton of Hamwood, Dunboyne, Co Meath, was at Fairyhouse races on Easter Monday when rumours of a rebellion began to circulate. When he returned home, he was surprised to find relatives there who had fled from Dublin.

In the panic-filled days that followed, rumours abounded.

The Hamiltons were told that “3,000 Germans were in Cork and 10,000 rebels were on the route to Dublin from Athlone”.

On Friday night, April 28, they were awoken by an explosion in Dublin that “shook the house and brought the soot out of the chimney”. With news of fighting at Ashbourne, Co Meath, and members of the Louth Volunteers reaching Dunshaughlin and Dunboyne, there were growing apprehensions that Hamwood would be attacked.

Charles Hamilton recalled “all listening half the night to hear if people were creeping up to the house”. Throughout the week, the Hamiltons “could see the fires blazing in Dublin” and “the servants were all out listening” to “the boom of guns”.

More closely connected to the Rising were the Prestons of Gormonston, Co Meath. Hubert Preston, a brother of Jenico, 15th Viscount Gormonston, was a serving officer in the 3rd Royal Irish Regiment. He was at Fairyhouse races on Easter Monday and was called back to Dublin, where he ended up in the “thick of the fray and was lucky to have escaped” the worst fighting in the city. On hearing news of his brother’s exploits, Jenico wrote to their sister, Ismay Crichton-Stuart, to informer that Hubert and his men were “hard at work plugging the rebels”.

Jenico had little sympathy for the rebel leaders and, in particular, Countess Markievicz. He wrote that she “deserves shooting; she fired the shot that killed the policeman near Shelbourne. When she was taken near the castle and disarmed I am told she kissed her revolver before handing it over. A dangerous and clever woman. If only her energies had been directed in a good cause.”

However, Viscount Gormanston had some compassion for the rank and file rebels, noting that they were merely “dupes of the old men and leaders…what mad fools they were”. It was a sentiment shared by most of nationalist Ireland at the time. 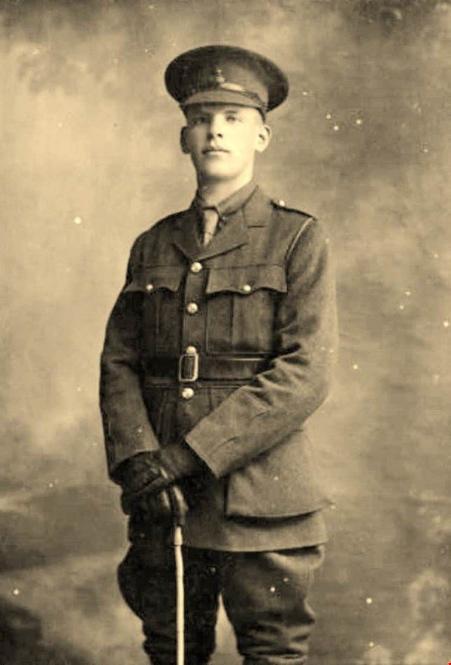 On Easter Monday, the Tyrrell children of Ballindoolin House, Carbury, Co Kildare, walked to Edenderry to post shoes to their older brother, William Upton, who had been serving on the Western Front since March 1916.

In the same town, on the following Saturday, their father, also William, a local justice of the peace, broke up a gathering of rebels who, he claimed, simply “went home quietly”.

In France, young William Upton reacted angrily to the news of the rebellion. He wrote to his mother: “If I could only get at those fellows now… if only I had been another month at home.

“All the Irishmen here are frightfully mad with the scoundrels and want to get back to get a shot at them.”

Writing to family members, William Upton also made reference to the murder of the pacifist Francis Sheehy Skeffington, and two others, on April 27, at Portobello Barracks in Dublin. For the crime, Captain JC Bowen-Colthurst of Dripsey, Co Cork, who had been invalided home from the front, was court-martialled and found guilty but insane.

Tyrrell remarked: “I hope the officer who ordered the execution of Skeffington will get off alright. I know him intimately.”

With 5,500 Irish casualties on the first day alone of the Battle of the Somme, the First World War transformed country house society and the Easter Rising gave rise to a dramatic shift in Irish politics.

Frederick Beaumont-Nesbitt of Tubberdaly House in King’s County, wrote in his memoirs some years later: “I do not recall a single incident during my boyhood when hostility was shown either to myself or a member of my family, at least not until the outbreak of Easter week 1916.”