Featuring the work of 1000 young artists, Future Forms captures the next generation’s vision of what Cork City will be like in 200 years. Here, Cork Chamber’s Paula Cogan reveals just how illuminating the final exhibition has proven to be. In conversation with Jane Haynes

These are the words that adorned one wall of UCC’s Glucksman gallery, forming part of the Future Forms exhibition. Each word was carefully chosen by young people – from primary schoolchildren to university students – to describe their hopes for Cork City, 200 years into the future.

It’s a powerful display to behold, particularly as you take in the brightly-coloured high-rise buildings, green spaces and sky- and sea-blue hues captured in paintings, aerial displays and collages that make up the rest of the exhibition.

Contrast that with the painting that sums up their fears for the future: a series of ominous-looking skyscrapers, sandwiched together against a bleak sky that’s charred grey with plumes of smoke.

The message from the younger generation in Cork City is clear: our future is full of potential, hope and wonderful things – if respect and responsibility underpin our interactions with one another and our environment.

Part of Cork Chamber’s 200th anniversary celebrations, the idea for the Future Forms project and exhibition came to fruition last summer through a discussion on the close association between the Chamber and UCC.

Paula Cogan, the incoming President of Cork Chamber and current Chair of the 200 Working Group, reflects on the project’s early development with Fiona Kearney, Director of the Glucksman.

“I felt like I knew straight away that Fiona would be so up for something like this,” she explains.

“What we wanted to do initially, was something along the concept of a memory box, but, for me, that seemed a bit old-hat. Doing something that involved art and an exhibition just seemed like a good fit.”

As part of the project, over 1000 participants from Cork schools, third-level education and community groups were invited into the Glucksman, where they worked with artists to create their vision of Cork in the future. Tadhg Crowley, Senior Curator in Education and Community, and Lucia Taeubler, Education Assistant, coordinated the visits and workshops.

With materials ranging from canvas to crepe paper, and techniques from sketching to spray-painting, participants explored topics including climate action and development in transport, to create an artistic visual of how they would like Cork City to look in 200 years.

Sustainability – in climate, transport and architecture – was at the fore of the young artists’ minds as they created.

“We’re hoping to work with City Council, to maybe have the exhibition moved into City Hall so that the city councillors and planners can actually see it" - Paula Cogan

For Elizabeth, a first-year student at St Aloysius’, looking after our environment is important in her vision for the future.

“It would be much greener, with beautiful parks,” says Elizabeth, who attended through teacher Lisa Robinson’s Art class.

“There would be much better buildings, too – not too high, but a little higher and wider.”

“Ideally, no one would own a car – there would be no need for one. There would be a rental scheme, maybe similar to the Coca-Cola bicycle scheme. And public transport would be hugely improved – perhaps there would even be a train network linking to some of the more rural areas.”

Faye’s colleague, SU Education Officer Aaron Frahill, adds that this project highlights important work being undertaken across the university and Cork City: future-proofing, not only for our generation but generations to follow.

“My hope is that there still is a city, and it’s a functioning city; rather than one where, every couple of months or years, it’s going to be flooded.”

These are just a handful of the visions that went into the final Future Forms exhibition, showcasing the artworks of more than 1000 young people. And for Paula Cogan, the entire project has proven to be as insightful as it has inspiring.

“An interesting piece that came out of Future Forms, is that lots of the art that was developed is about high-rise buildings,” she begins.

“In Cork City, we’re slightly reticent about going up – it’s always about going out to the suburbs. Whereas, in the kids’ imaginations, it’s a case of, well, why not go up? That, for me, is where kids and imagination, and not being stymied by the ‘we can’t do this’ attitude comes in.” 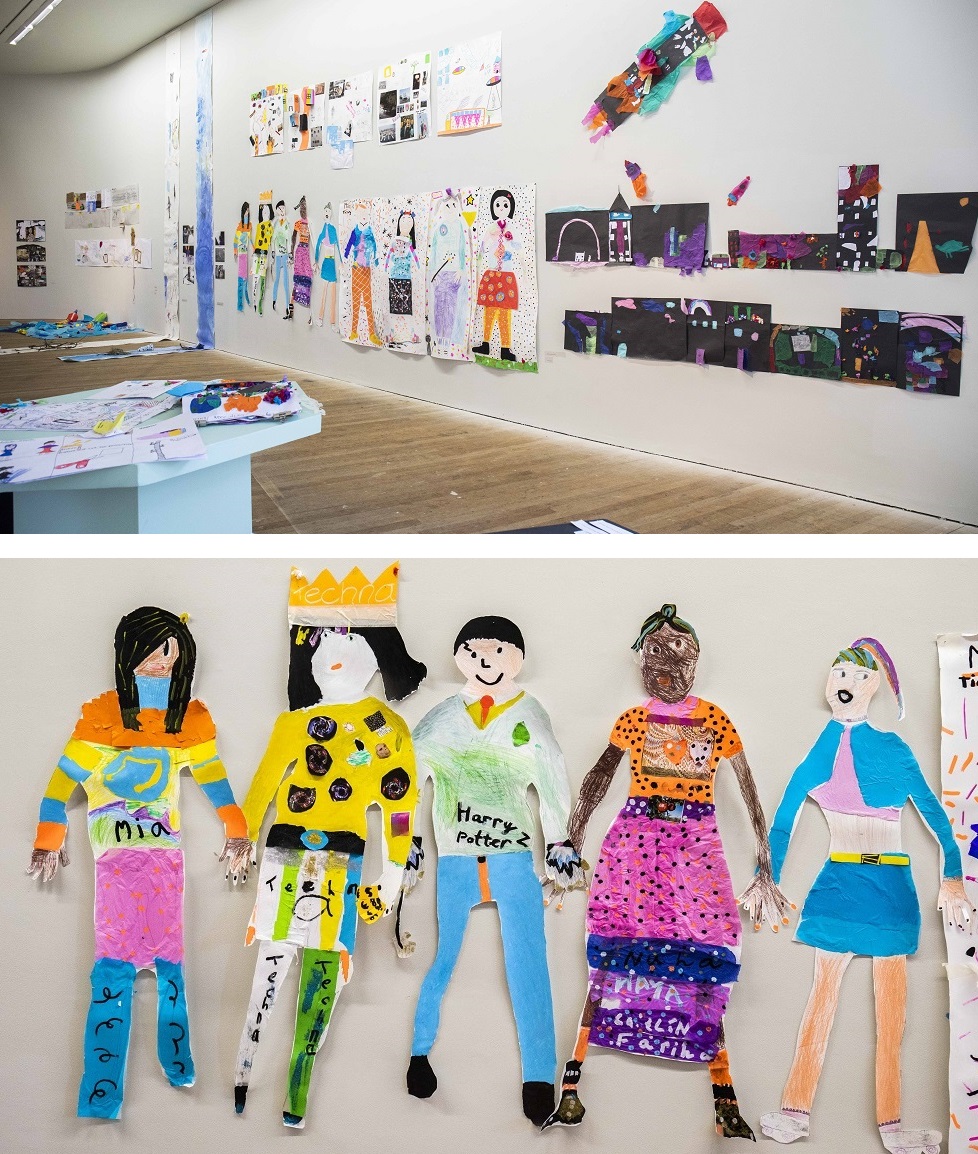 While the science behind one of Paula’s favourite visions from the exhibition, a pair of flying boots, might be a bit far off on the horizon, the impact of the Future Forms project is very real – particularly when it comes to climate matters.

“The participants are our workforce of the future,” says Paula, “so it’s interesting to see that what’s really exciting and interesting them, is the environmental piece.

“We need to move with the times and understand that the green issue – which came out in so much of the artwork – is massive.”

There are big plans for this vibrant and insightful exhibition, too, Paula adds.

“We’re hoping to work with City Council, to maybe have the exhibition moved into City Hall so that the city councillors and planners can actually see it,” she explains.

“So, you can say, ‘look – the future generation has no problem with high-rise. We potentially have an issue with it, but this is where they see the cityscape going.’ Little elements like that are so important.”

If this exhibition is anything to go by, the future sure looks bright.

Find out more information on current projects at the Glucksman Gallery and Cork Chamber online.

Tommy Fleming headlines A Summer's Evening on the Quad

Praise for The Irish Revolution as 'Atlas' documentary airs on RTÉ

Mary Robinson is the first guest on UCC’s new podcast