As he steps into the role of Director of APC Microbiome Ireland, Professor Paul Ross shares his love of science, his greatest moments of discovery, and his high hopes for the SFI Research Centre. In conversation with Jane Haynes

When advising future pioneers of scientific discovery, both Stephen Hawking and Albert Einstein spoke of the power of one important attribute: curiosity.

It’s little wonder then, that Professor Paul Ross – one of Thomson Reuters’ ‘Most Influential Scientific Minds’, who is among the top one percent of Highly Cited Researchers in his field – has always been fascinated by the world around him.

This passion for discovery burns bright as ever, as Paul moves from the role of Head of UCC’s College of Science, Engineering and Food Science, to take up the reins as the new Director of APC Microbiome Ireland; the Science Foundation Ireland gastrointestinal health research institute exploring the role that gut microbes play in health and disease.

One of a handful of Principal Investigators involved from the inception of APC, Paul’s excitement about all that has been achieved at the Centre over the past 15 years is tangible.

“APC Microbiome Ireland is one of the first microbiome research centres, and has gone from strength to strength. It started with a few people, and now it’s upwards of 300, making it one of the largest centres of its type in the world,” explains Paul.

“APC is addressing something that went almost unnoticed in biological terms: that each one of us has a collection of bacteria in our bodies that vastly outnumbers human cells in the body, indeed our microbiome is akin to an organ itself. And the food we eat, our lifestyle, the drugs we take – these all have an influence on these bacteria, which in turn has an influence on our health and wellbeing.”

The former Head of Food Research at Teagasc has been at the heart of some of the most high-impact projects to come from APC. Indeed, one of his proudest moments was his involvement in the discovery of a bug that kills Clostridium difficile, a bacterium that causes serious infections of the bowel.

"APC is already seen as a leader in microbiome science for some of the international companies. I think that’s set to continue, and I would really like to expand this" - Professor Paul Ross

“It was Mary Rea who had discovered it, in a project with Professor Colin Hill,” he recalls, “and it was like an Alexander Fleming moment – a real moment of discovery.

"It was the basis for a spin-out company, Artugen Therapeutics, which we founded, that’s still going strong. That single discovery launched us into a whole area of infection and new therapeutic strategies that we’re still continuing today.”

With an inherent curiosity for the natural world, it’s almost poetic that one of Paul’s most well-known research projects intertwined with one of his great passions in life: fishing.

Last year, Paul had the honour of seeing a ground-breaking discovery he made with Colin Hill and PhD student Fergus Collins, highlighted in an SFI campaign showcasing Irish research discoveries.

“One of the areas we’re looking at is trying to discover new antibiotics from different microbiomes, and one of the niches we started looking in was in the intestines of marine fish,” Paul explains.

The Eureka moment came when Fergus Collins began isolating bacteria from a mackerel caught in Ballycotton, Cork that Paul had brought into the lab at Moorepark Food Research Centre.

“One of the bugs he isolated was the Bacillus licheniformis, and this strain produced a peptide that killed a whole range of bacteria, including one of the organisms we’re particularly interested in: Streptococcus mutans, the organism that causes dental decay.”

A paper published about this fascinating discovery caught the eye of SFI after being chosen as an Editor’s Pick in the Journal of Microbiology, and the story was picked up for the campaign. It featured on an An Post €1 stamp and on posters throughout the halls of Dublin Airport. 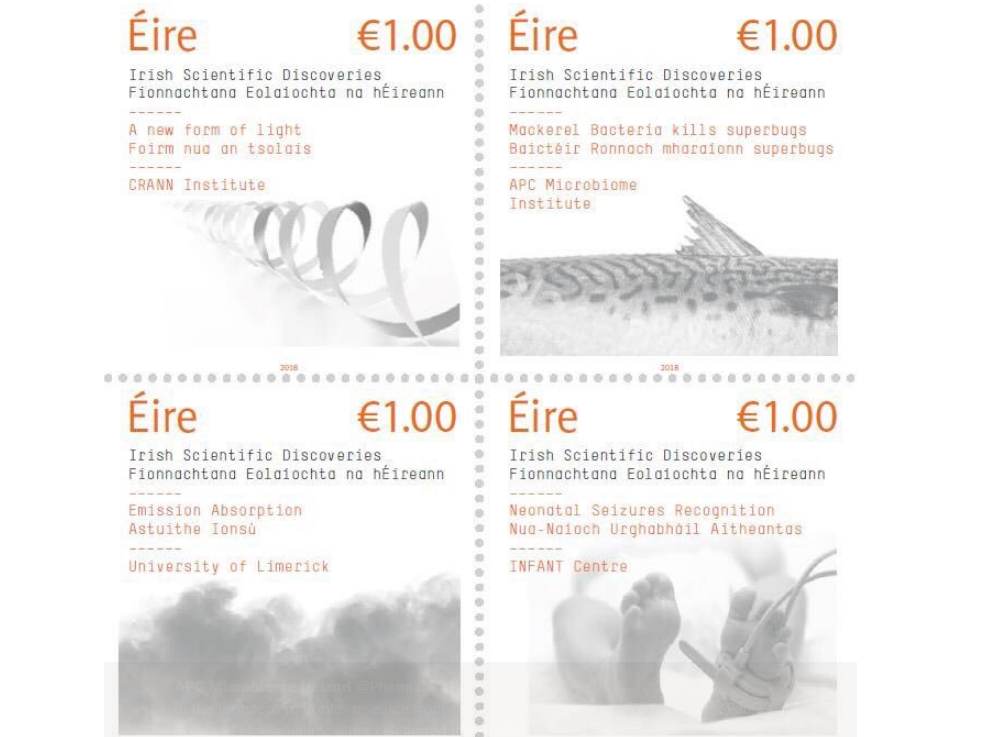 While Paul counts admittance into the prestigious Royal Irish Academy as one of his proudest moments, it’s working in a team that gives him the greatest career satisfaction.

“It’s way more interesting to do science with other people, and I would describe myself as a collaborator. I collaborate very closely with people who are really good!” he insists.

“I’ve been lucky, too; I’ve had a lot of graduate students, some of whom have been fantastic. And I think it’s a testament to how good microbiology and food science are in UCC, that we are able to attract such talented students.”

For Paul, one of the most attractive aspects of his new role at APC is the melding of his research career with the directorship, and he is excited by the areas under investigation at the Centre.

“We’ve spoken about the microbiome, but I’ve also worked quite a bit on trying to come up with alternatives to antibiotics,” he explains.

“Antibiotics are very powerful, and they have added a huge amount to our life expectancy; however, there are big problems with antibiotics not working due to the bacteria becoming resistant, so we need to come up with alternatives.

“We’ve been working on antimicrobial peptides that are produced by bacteria which could substitute for antibiotics. There’s a real need in the world for completely new antimicrobials – this is one of the key challenges facing mankind, and one we plan to tackle in the next phase of APC funding.”

"I think it’s a testament to how good microbiology and food science are in UCC, that we are able to attract such talented students” - Professor Paul Ross

Looking ahead, Paul has high hopes for the future of APC and building on the Centre’s success, both nationally and internationally.

“APC is primarily recognised as a place of scientific quality, depth and impact in microbiome science,” he says.

“Importantly, the Institute also has a huge impact on industry and will continue to serve as a magnet for foreign direct investment into Ireland into the future.

“We are delighted with the new wave of funding from SFI and look forward to the next phase of this exciting journey, developing new targeted approaches to manipulate microbiomes for positive health outcomes.”

You can find out more about APC Microbiome Ireland through this link.

UCC ranked among top universities in Europe for teaching excellence

Mind your microbiome: 9 ways to boost your gut health