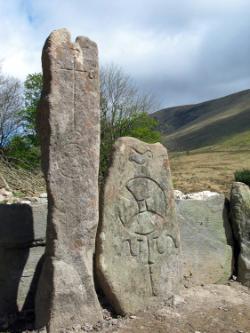 Along with UCC and QUB colleagues, and other collaborators, Tomás Ó Carragáin of the Archaeology Department has been awarded IRC COALESCE funding to produce a Digital Atlas of Early Irish Carved Stones (DAEICS).

The award relates to the INSTAR+ stream of COALESCE, which is funded by the National Monuments Service of the Department of Housing, Local Government and Heritage in partnership with the Heritage Council. The project brings together archaeologists from the private, university, and state sectors, in partnership with community groups, to deliver a step-change in both the academic understanding and public appreciation of carved stone monuments. The project team includes Patrick Gleeson (QUB), Griffin Murray, John Sheehan, Diarmuid Ó Riain, Nick Hogan, Pat Meere (all UCC), Kate Colbert (UG), Gary Dempsey (Digital Heritage Age, ATU) and Aidan Harte (Munster Archaeology). 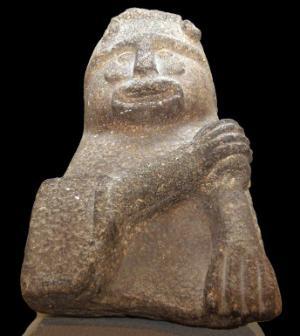 Carved stone monuments are among our most tangible links to the distant past. From the La Tène-decorated examples of the Late Iron Age (AD 1–400), to the cross-slabs and high crosses of the early medieval period (AD 400–1200), people in late prehistoric and early historic Ireland used stone carving to express their values and identities as skilled craftspeople and as members of kin-groups and wider communities. Stones were carved to preserve the memory of revered ancestors and deceased loved ones, to assert ownership of tracts of land, and to serve as focal points for communal rituals and devotions. These monuments have huge potential to enhance our understanding and enjoyment of Ireland’s past and its links to the wider world, for some designs indicate connections across Europe and as far afield as the Middle East. Yet, to date, that potential remains unrealised. Building upon crucial work by the Irish National Monuments Service and the Northern Irish Historic Environment Division, this project will map the surviving examples on the island, allowing scholars and the public alike to explore regional and chronological patterns as never before. In collaboration with local communities, the project team will use the atlas to inform and enable detailed studies of outstanding collections centred on Clonmacnoise, Armagh, and Iveragh. Through training in digital recording techniques, citizen scientists will be empowered to make an enduring contribution to the study of carved stones, thereby promoting the public appreciation and conservation of these important monuments.