Keep up to day with Handbook, news, and announcments on the Department of Theatre Canvas Page. Also all the forms and Health & Safetly info that you will need.

This page is only open to fully registered Theatre Students:

Students are involved in a range of activites as part of the curriculam - here is a taste of them!

My Mother Said I Never Should

This production, opening in the Granary theatre, runs from Wednesday the 8th of November until Saturday the 11th of November. 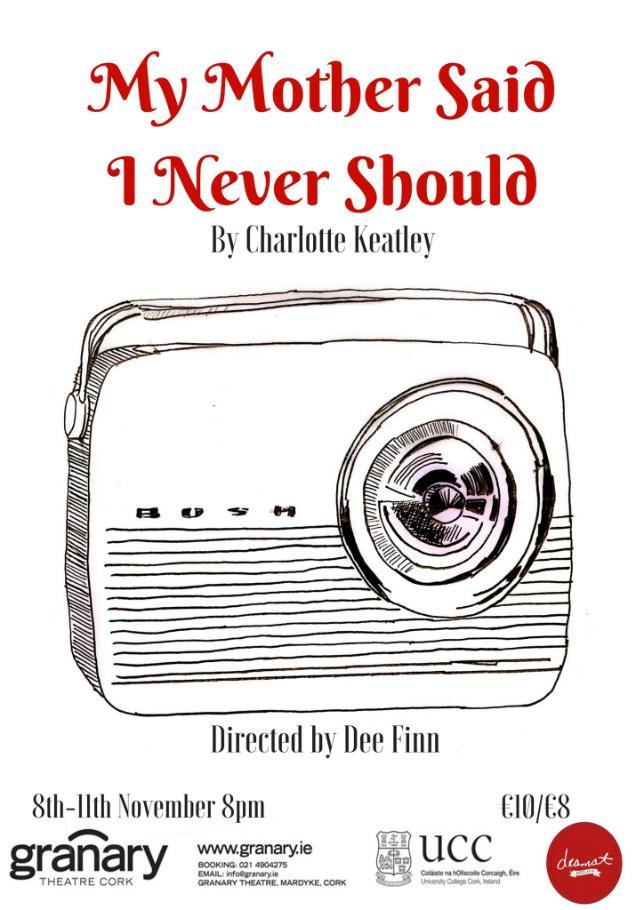 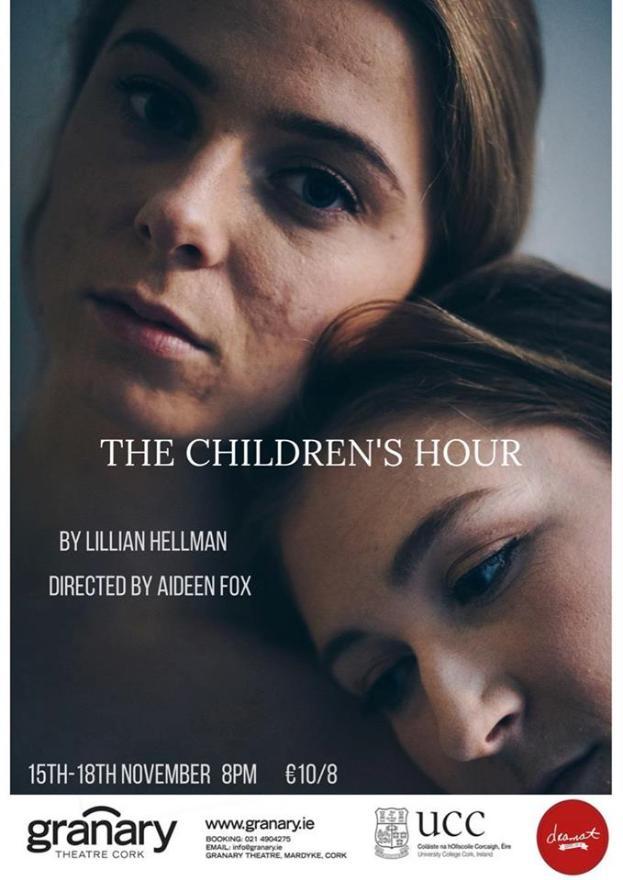 Sí is an original piece written and directed by Arann Blake and will run in the Granary theatre from the 22nd to the 25th of November.

This year's Dramat panto is 'Jack and the Feen's Talk' written and directed by DTS alumnus Alice Moloney. This take on the classic tale of Jack and the Beanstalk will run in the Granary theatre from November 29th to December 2nd. Current DTS student Rí Fox is the assisant director of this production, along with students and alumni David Goode, Róisin McCollam, Michaela Gleeson, Issey Fenton, Nicole Butler, Tommy O'Connor, Reece Hawtry, Sorcha Dolan,and Peggy Gilbert, featured amoung the cast. All proceeds will be donated directly to the selected Student's Union Raise and Give charities.

Further information about these productions is available on the UCC Dramat Facebook page or by contacting committee@uccdramat.com.

Alumni of Drama and Theatre Studies

Who Will Carry the Word?

Blacklight productions presents the Irish premiere of Who Will Carry the Word?, written by Charlotte Delbo, at The Complex, Dublin from November 27th to December 2nd. This play follows the stories of a group of French woman, who participated in the Resistance, as they recount their experiences of their time at Auschwitz. DTS alumnus, Dervla Brown, who graduated from UCC in 2016, is included in the cast. 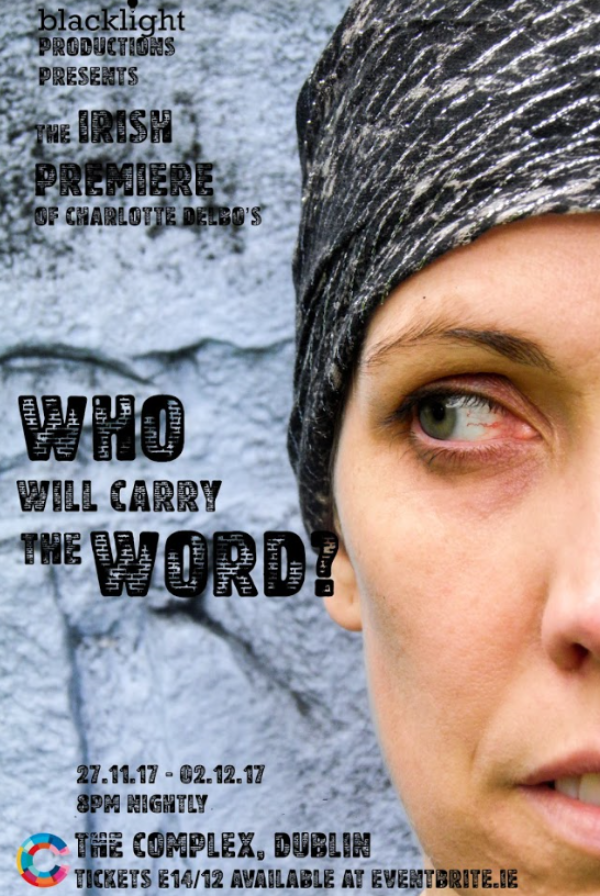