The Department of Film and Screen Media at University College Cork has a strong national and international reputation for research excellence, and has hosted several funded individual and collaborative projects that have supported the development of pioneering research. We have attracted significant funding from the Irish Research Council and other bodies including the Arts Council and the Broadcasting Authority of Ireland. Our graduate students and postdoctoral researchers have been repeatedly successful in securing highly competitive Government of Ireland awards.

The EU-funded MUSLIMWOMENFILM is an interdisciplinary project that identifies a new object of study, Muslim women’s auto/biographical filmmaking, and maps the factors that make it distinctive within women’s and feminist cinema. Muslim women academic writers, historians, critics and journalists have questioned their own political, social and gender histories to formulate strategies for emancipation and equal rights. In particular, they have turned to film to extend their feminist agenda. However, research on Muslim women’s contribution to feminist auto/biographical cinema remains a notable gap in film studies, and this project will shed new light in particular on relevant works produced in a range of different societies. One of its important outcomes will be a corpus produced by identifying and categorizing the different modes of autobiographical film created by Muslim women filmmakers from the Islamic world from the 1980s to date.

Movie Going Memories is a Creative Ireland/Cork County Council and UCC funded project that records cinema-going memories of those living in small towns, villages and rural areas of Cork County from the 1940s to the present. It seeks to preserve and celebrate the important contribution made by rural cinemas to community life and community spirit; the diverse experiences of moviegoers from all ages; and the shifts in patterns of distribution, exhibition and reception over the generations. It also seeks to involve communities and to bring to light the innovative efforts made to rejuvenate film culture, and the arts more generally, in rural areas. A documentary will be released in May 2018, and a web archive is already online.

Funded by: Broadcasting Authority of Ireland

Éire na Nuachtscannán, a collaboration between Mac Dara Ó Curraidhín (LM DÓC) and Ciara Chambers (University College Cork), is a six-part television series exploring the ethics of news production, the complexities of representing shifting political allegiances, the difficulties of producing “balanced” coverage and the ways in which audiences experiencing a range of turbulent events in twentieth century Ireland were manipulated in the cinemas by companies used to catering for pro-establishment, British sensibilities.

This project provides the first-ever overarching analysis of science fiction (SF) cinema in 21st Century Europe, delivering in the process a fresh insight into the present and future travails of a European Union in the throes of seemingly omnipresent crisis and moral panic. Balancing a dual approach that places analyses of the film industry and onscreen representation at its core, the project juxtaposes the rising popularity of a genre associated with “powerlessness, fragmentation, loss of boundaries, and hybridization” (Springer 205) against the backdrop of an EU beset by rampant economic and socio-political crises. In so doing, the project will provide a ground-breaking report on the film industry in the EU, via in-depth analysis of national and Europe-wide funding programmes, as well as co-productions with Hollywood studios, and a textual approach that decodes how Europe represents itself onscreen. Emphasising SF’s propensity to reflect, exploit and comment upon popular, political and cultural anxieties, my project engages with issues including the economic recession, the refugee crisis, political/religious extremism, terrorism and the expansion of the EU from a novel perspective, addressing a glaring absence in scholarly literature as it does so. Unique in scope and execution, it offers a crucial intervention in studies on transnational cinema, film industry and policy in the EU, and postcolonial studies on European culture and society. 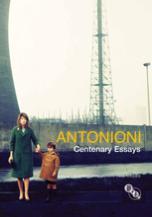 Funded by: Irish Research Council for the Humanities and Social Sciences

The cinema of Michelangelo Antonioni (1912–2007) embodies, more than that of any other director, the substance of European art cinema. His intensely stylised, stylish, demanding and gratifying films continue to spark controversy and debate—and inspire intense allegiance. On the centenary of his birth, this workshop aims to reassess his remarkable contribution and continued centrality to world cinema, place his work in an expanded theoretical field, and develop scholarly debate within an interdisciplinary framework.

The European film industry is undergoing profound transformations, due to a range of phenomena of an economic, political and cultural nature—including the crisis of the national film industries; the internationalisation of markets; the return of the practice of multinational coproduction; the impact of EU and Council of Europe programmes for production and distribution; the digital revolution; the migration of film from traditional theatres to new environments and screens. This project brings together a group of scholars and practitioners to investigate questions relating to streaming, interactivity, new production, distribution and exhibition practices and new audiences.

The research project investigates the distribution and reception of Italian films in Britain and Ireland during the Fascist era (1922-1943), with a focus on propaganda films and their circulation amongst diasporic communities of Italians.

Capturing the Nation: Irish Home Movies, 1930­­–1970 is a collaborative project between University College Cork and the Irish Film Archive. Funded by the Irish Research Council for the Humanities and Social Sciences, the project aimed to digitize and research small-gauge amateur film from the collections of the Irish Film Archive. The project culminated in a major international conference in the field of amateur film studies held at UCC in September 2010.

Funded by: Irish Research Council for the Humanities and Social Sciences

This research project has two main goals: the first is the clarification of the role of European films and filmmakers in the establishment and evolution of the road movie genre, since the influence and importance of European road films of the 1930s-1950s has been seriously undervalued. The second objective is to study recent European road movies and their engagement with experiences of displacement, diaspora, exile, migration, nomadism, homelessness, border-crossing, and tourism in post-modern, post-Berlin Wall Europe, also in relation to histories and theories of travel and displacement in modernity and postmodernity.