Discover what are graduates are doing 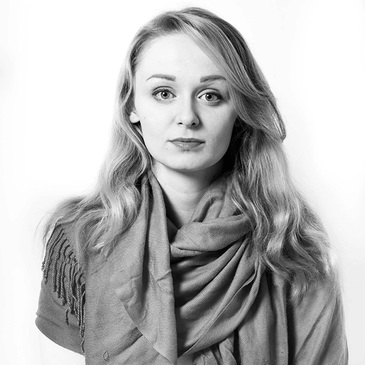 I graduated with a BMus (Hons) from UCC in 2013, specialising in composition under John Godfrey. Moving to Dublin in pursuit of work, I quickly became immersed in the thriving theatre scene and began working as a freelance composer with various small theatre companies, writing incidental music and underscores. Engagements to date include Love, Wrong Love, The New Theatre (2013), Franken 20, Smock Alley (2014), A Storm in Swords, Players Theatre (2014), Tingo, Smock Alley (2015), Aisling’s Seven, Theatre Upstairs (2016) and, most recently, The Collector, The New Theatre (2017). I am currently working on two large- scale projects with Underdog Theatre Company and am working with two different playwrights on the production of my first musical, to enter production in early 2017.

‌My musical journey has also gone in some unexpected directions since graduation. I have always had a strong interest in composing for voices so I decided to continue my vocal study part- time at the DIT Conservatory of Music and Drama under mezzo soprano Jennifer Hamilton. Since then, my voice has taken me to places I never expected it would. In addition to concert work, I have since undertaken various operatic roles, starting with mezzo role of the Sorceress in Purcell’s Dido and Aeneas. I then experimented with a variety of different roles from Sandmannchen in Humperdinck’s Hansel und Gretel, Helen in Boito’s Mephistopheles, Susanna in Le Nozze di Figaro, Marguerite in Gounod’s Faust and, a personal favourite, Euridice in Gluck’s incredible Orfeo ed Euridice. I quickly discovered that my voice is best suited to dramatic coloratura repertoire- a far cry from my first role! I most recently sang the Queen of the Night in Mozart’s Die Zauberflote- arguably the most famous of all coloratura roles- for the first time to a sold- out Mill Theatre, which was a great honour. One of the highlights of my singing career so far was singing the title role in Donizetti’s Maria Stuarda. Admittedly this was quite an ambitious undertaking for a very young soprano and it wasn’t perfect but it sparked my deep love for Bel Canto opera: so much so, that I am moving to Cardiff to study for my postgrad at the Royal Welsh College of Music and Drama this Autumn with dramatic coloratura soprano Suzanne Murphy.

Of course, like many other music graduates, I also found my way into teaching and am currently teaching voice and piano at the Mezzo Music Academy, Clonee Music Tuition Centre and the Mobile Music School. I am also the choral director of the junior choir at Whitechurch and am responsible for both conducting masses and composing seasonal liturgical music. I have directed many other groups in a choral context but the one that perhaps I am most grateful to have met are the Musical Memories choir from Dun Laoighaire, made up of patients with dementia and their carers. I was so touched to discover the psychological effect that music had on them, and it was such an honour to direct the group for almost a year. In that time, we even succeeded in pulling together three public performances and seeing the bond between these elderly choristers and their adult children grow and strengthen through music is something in which I feel extremely blessed to have had a part.

I have quite enjoyed teaching- much more than I expected I would. If I have one piece of wisdom to share with current students, it’s that you absolutely should give teaching a go. I have found that I have learned so much more about myself as a singer through teaching as it really forces you to be analytical about your technique and think on your toes!

I am very grateful to be on my current career path backed by a University Music degree. I find that it gives me a different insight and some additional transferable skills to many of my Conservatory- trained peers. I think singers especially can benefit so much from University training as the voice often doesn’t begin settling until at least the age of 25. Four years of your Bachelor are well- spent working on your critical- thinking skills and it will stand to you and make you stand- out as a ‘thinking singer’ once your voice is mature enough to take your training very seriously! I am excited to be embarking on the next step of my singing career in Wales armed with the skill- set I gained while studying in UCC.

‌I finished up in the Department in 2013 after doing a Ma in composition and the BMUS program before that. I have recently worked with the London Contemporary Orchestra, Crash Ensemble during their Free State #9 concert and have had pieces premiered in Buenos Aires, Montreal and Spazioersetti in Udine, Italy. I have just been accepted into a Doctoral program in Northwestern University in Illinois‌ which will commence in September.‌

Linda Buckley is an Irish composer currently based in New York, who writes for both electronic and acoustic forces. The diverse instrumentations of her work include Javanese Gamelan, choir, multi-channel tape, prepared piano and orchestra.