"What intrigued us the most about these famous tales is that the endings were not so happy like we know today but obscure, even grotesque at times." 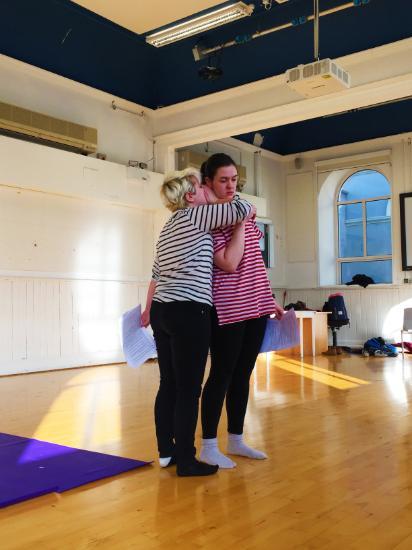 When Megan I first came together to discuss what we wanted to do for our F.Y.P, the word magic kept appearing in the conversation. Megan was interested in creating a piece around Irish Mythology and I was interested in old fairy tales. We both decided that we wanted to look into the retelling of stories in a new and refreshing way. The first thing that came to both of our minds was the Grimm brothers and how they formed many famous stories (mostly fairy tales) that we know today such as Rapunzel and Rumpelstiltskin. What intrigued us the most about these famous tales is that the endings were not so happy like we know today but obscure, even grotesque at times.

One thing that we both agreed on from the beginning was that we did not want to adapt a fairy-tale that was well known. We wanted to give a voice to a story that had not been overdone or modernised before. The process of reading through many Grimm Fairy tales was incredibly fun as it brought me straight back to my childhood where tiaras and princess dressers were worn more than casual attire. There are over 300 Grimm Fairy tales and the process was tedious at times. One day, Megan came to me and said she wanted me to read a story she had found called “The Golden Bird”. 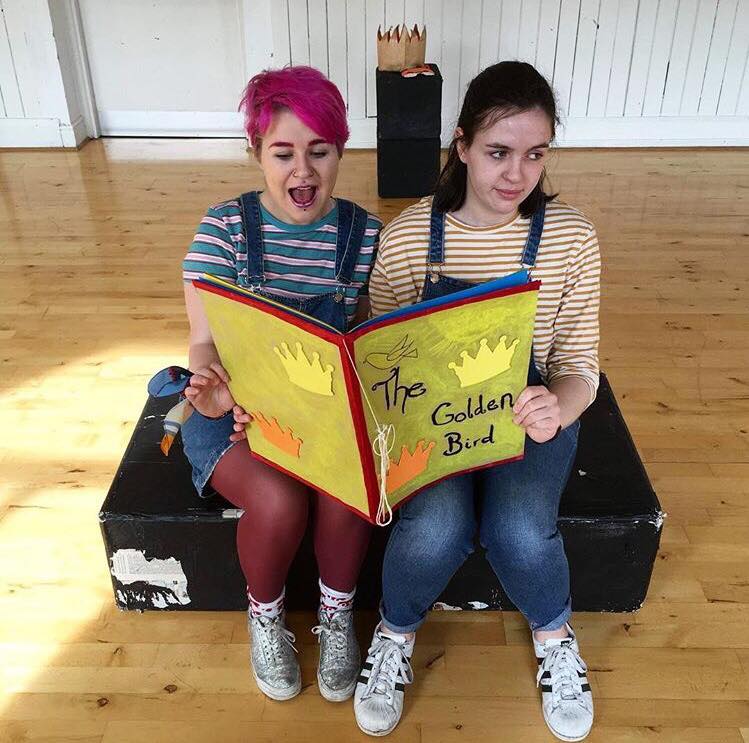 A short story of about seven pages, The Golden Bird tells the tale of three brothers (princes) who are sent into the forest to find a magical bird who is stealing golden apples from their father’s (a king) garden. The first and second brother get distracted in their mission and get trapped in a tavern while the third and youngest brother goes on an adventure through the forest where he meets some interesting characters on the way, including a talking fox. The fox is wise and intelligent and guides the youth on their quest with the introduction of two other castles, a princess and a horse (which moves faster than the wind) ... let’s just say the story has many twists and turns with the prominent theme of honesty.

What we loved about The Golden Bird was the message it portrayed around saying your truth and how kindness and openness can bring you a long way.  We also enjoyed the concept of playing many characters between the two of us and the magical elements of a talking fox with an enchanting tail. 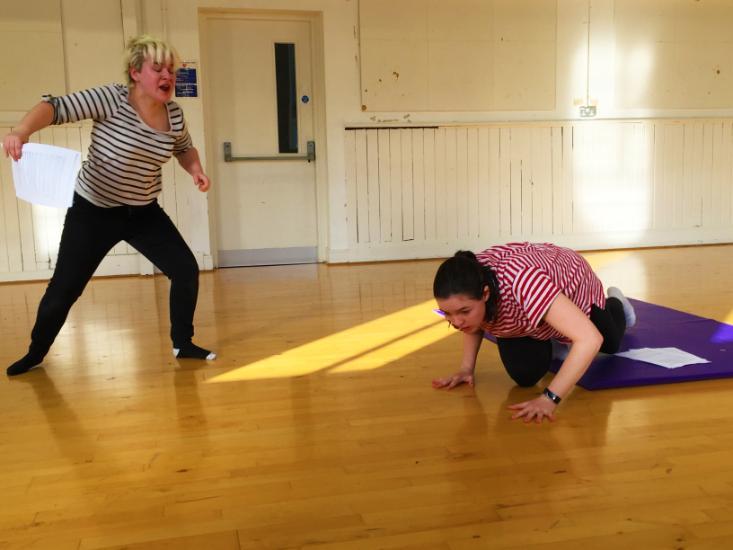 We came to a decision that we had found our piece and we went to work. The adaptation process was not easy to begin with and we faced many hurdles when it came to how we wanted the story to be told and how to properly adapt a tale without it being a re-telling. Through trial and error, we landed on children’s theatre with a comedic aspect. We were drawn towards making each character larger than life with little costume and set but with big gestures and lots of personality.

Megan took charge on re-writing our script (with a little help from myself on the editing front) and my focus was the design i.e. (set, costume, accessories). From the start Meg would come in with some writing and we would break it down and explore how to perform it.

Spoiler Alert*** The main problem we faced with the piece was that the princess was only in it for five minutes and that every decision that affected her was made for her, by men. We both were sick of seeing this in every story as it was and knew that we wanted our piece to have a fresh perspective on the classic fairy tale. This problem was the main driving force in the development of our final creation as we decided to have a gender swap i.e. to change the brothers to sisters and for the princess to have a larger role. Through this decision, it gave us larger scope to explore how women in the classics are perceived and how we want them to be represented. 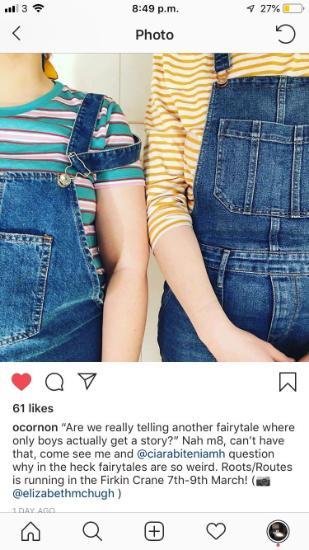 "Are we really telling another fairytake where only boys can get a story? Nah m8, can't have that, come see me and ciara question why in the heck fairytales are so weird"

Despite changing our concept a few times, one we got our hook we ploughed ahead at full force. Even though we are creating a piece of children’s theatre, I think that all ages would enjoy what we have created and we both hope that through our piece, that we can modernise storytelling. 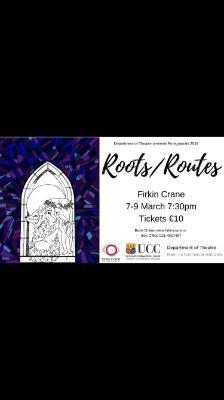