'Connecting the Dots in your own way' 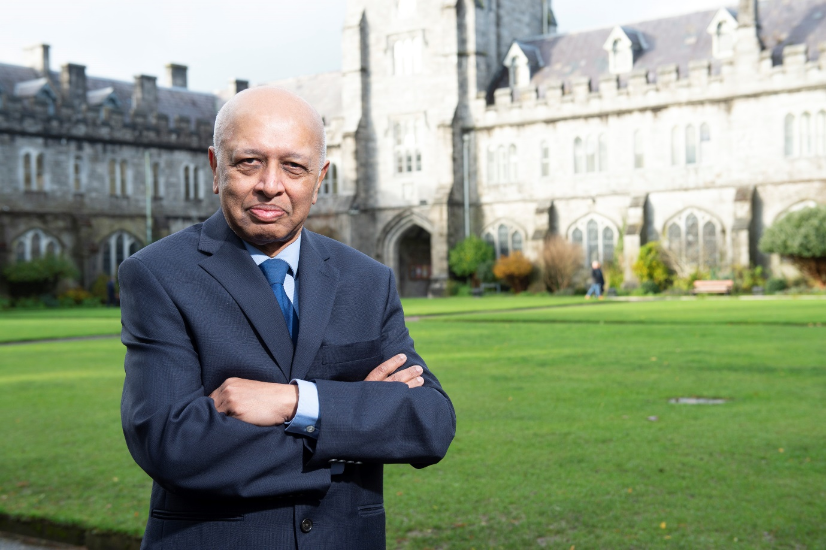 ‘Early in my career when asked what I expect to achieve in medicine, my answer was to see the world through the eyes of medicine. This remains my enduring fulfilment, looking at how people and their health is cared for in countries across the world. From the cities and villages in India to becoming a global citizen has been a really eye-opening journey – it was obvious that there is a long way to go to create the perfect health care system, but for someone suffering, empathy and listening remain the global benchmark of an excellence in medicine.

Tremendous progress has of course been made in science and medicine. Many diseases have been controlled or even eradicated, especially those caused by crippling infections, and yet Covid-19 has shown our unique vulnerability, as has the rapid change in environment and our climate. New diseases have arrived with long-term morbidity and disability and many with no cure and a huge societal burden.

Crohn’s disease is a prototype ailment of the industrialised and post-industrialised world with can affect the young and the old, often people at the height of their potential, and bring about tremendous suffering and a very high burden on the society. 300-400 people out of 100,000 population suffer from Crohn’s disease in the Western world and strikingly the disease has rapidly increased in the newly industrialised countries in Asia, Middle East and Latin America.

Crohn’s disease can affect any part of the intestine with painful and debilitating ulcers. Big changes in food we eat, the environment we live in and the microbes in and around us play a big part in the rapid rise in Crohn’s disease affecting especially genetically susceptible people with pioneering genetic discoveries in Crohn’s disease. Through my career journey through Asia, Europe and North America I have been collecting the dots of information and data. I now feel privileged to be part of UCC, CMOH and APC Microbiome Ireland where I have the unique opportunity to connect the dots in my own way and hope to solve the intractable problem of Crohn’s disease. The clues are all there and the challenge is to connect them all…………………….’

Subrata Ghosh is the Chair and Head of Medicine, College of Medicine and Health at University College Cork since March 2021. He is a principal investigator and deputy director at APC Microbiome Ireland. Subrata has recently been awarded the SFI Research professorship. Subrata did his doctoral research on the immunology of inflammatory bowel disease (IBD) at University of Edinburgh where he was appointed as faculty. His predominant research interests are precision medicine in IBD, innovative clinical trials, immune cell plasticity, targeted immunotherapies in IBD, interaction of nutrients, microbes and immune system, innate immunity and epidemiology and health care in IBD. His research has been published in New England Journal of Medicine, Lancet, Nature Medicine, Gastroenterology, Gut, American Journal of Pathology and American Journal of Clinical Nutrition. He has delivered over 700 international invited lectures including over 50 named keynote lectures.

Subrata Ghosh is a Fellow of the Academy of Medical Sciences, UK and the Canadian Academy of Health Sciences, both highest honours in health sciences in UK and Canada. He is currently the second member from Ireland on the prestigious International Organisation for Study of IBD (IOIBD). He has served on numerous committees, councils and grant panels regionally, nationally and internationally, and been chief editor, associate editor and editorial board member of a number of international reputable journals.

College of Medicine and Health