Out of Orbit welcomes you to Stellar Sessions. Inspired by the NPR Tiny Desk (at-home) Concert Series, this gig will be a showcase of at-home acoustic sessions. It’s an invitation to an intimate space to be immersed in the atmosphere and stellar music of two outstanding Irish acts. Cork-based Emmo is an artist who defies genre with his spine-tingling vocals and heartfelt lyrics. Emmo’s dulcet tones and catchy hooks will have you grooving. Then, we embark on a trip down along the coast to Wexford, where multi-instrumentalist brother duo Basciville shall whisk you away to a place where powerful and melodious lyricism and harmony take over. Through captivating vocals, their contemporary perspective on folk/indie music will have you spellbound/mesmerised from the start.

Stellar Sessions creates a unique opportunity to experience the essence of what audiences love, and have missed from the comfort of their own space. Sit back and enjoy with your nearest and dearest. Stellar Sessions May 16th 2021.

Please note in order to facilitate all orders, tickets should be purchased at least 2 hours before the start time for each event. 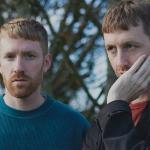 Exploring the joys and sorrows of human existence through intense lyricism and dark harmony.

Hailing from Wexford, Ireland, both studied music and composition at Waterford Institute of Technology before embarking on a career as session musicians for many well known Irish acts.

They formed and recorded their first autonomous music under the guise of Basciville in 2016, in the form of the 'Blues in Red' EP. The success of this release led to them signing with a UK label under which they released a string of 'sound finding' singles before deciding to split and follow the independent route. After taking the time to accumulate the gear and the skills required to record their own music, they set up a studio in their home in Ireland and start a label and production house - Moving Heads. Since then they have worked as producers with some of Ireland's leading acts as well as releasing a second EP - 'For All Lost Youth' and a critically acclaimed debut album 'Hymns to the Air', all self-recorded and produced.

They are currently working on album number two 'The Numb'. 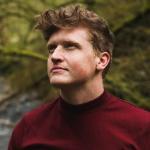 EMMO (pronounced Em-Mo) is a unique and intelligent singer-songwriter and multi-instrumentalist from Cork. He has sold out headline shows in Winthrop Avenue, The Workmans Club and Whelans and, more recently, as part of Cyprus Avenue's Winter Songs Series. He has also supported Irish artist Stephanie Rainey & funk-pop sensations Toucan. In 2019, his song "Little Bird" received critical acclaim from a panel of industry judges from Universal & Sony Music, making it to The German Songwriter Awards' semifinals. As a result, EMMO is now an Official Artist and Brand Ambassador for Ovation Guitars and currently performs on their 'Glen Campbell' model. His debut single, "Still", was featured on KFM, RedFM, Dublin City FM and Newstalk. He is currently working on his first EP to be released later this year. He is looking forward to performing live for people again, with gigs scheduled for September 2021. For more information, visit www.emmo.ie.