The Show Must Go On: A Musical Theatre Podcast

The Show Must Go On: A Musical Theatre Podcast

Inspired by what we have missed in the last year, it is time to bring musical theatre back into our lives. The Show Must Go On is a once off podcast series, comprising of three episodes, centered around three different musical theatre discussions. This conversation series invites you to hear from some of the most successful, highly respected and admired industry professionals in the musical theatre world today. The series focuses on musical theatre in all its forms - its rise and importance in Cork, it’s history, the power of the amateur musical theatre scene and also the impact it has at an educational level. You are invited to listen and reflect on what theatre-lovers and makers have missed in the past year, as well as the exciting hopes for the future. Whether you are a lover of all things musical theatre, or you simply want to learn about the craft, this exciting podcast is right up your street! Relax in your at-home auditorium seat, and listen to the voices behind some of the most successful musicals in Ireland and beyond today. 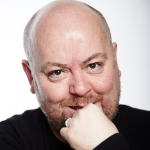 As a Director – Tick,Tick,Boom, Into the Woods, A New Brain, Tons of Money, Lend Me A Tenor 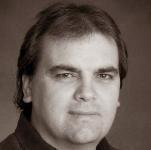 David Hayes studied piano, violin, viola, clarinet, chamber music, orchestra, choir, theory and harmony at the Royal Irish Academy of Music for over 18 years and was awarded the Coulson scholarship and A.R.I.A.M, before plunging into a busy career that to date has included work as M.D., orchestrator, keyboard player and producer in Theatre, Radio, Music Tech, TV, Studio and Education. He is a multi-award winning MD in musical theatre and has also scored the orchestrations for eight original musicals – the latest being Find Your Way Home - which premiered at Symphony Hall, NY, in July 2017.
David has been MD for over 50 musicals having played his first, aged 12 and been MD at age 15 and now, 40 years later, he is recognized as one of Ireland’s foremost MD’s with particular regard to his specialization in song interpretation. He has held MD/ Supervisor positions at most of the major theatres in Ireland including Cork Opera House, The Olympia, The Gaiety Theatre, The Abbey Theatre, National Concert Hall, Wexford Opera House, Belfast Opera House, Millenium Forum, (Derry) and The 3 Arena. David has also played with many of the UK touring shows at BGET, including Dirty Dancing, Grease, Sound of Music, Oliver, and The Lion King, which he also covered in Birmingham.
In 2017 David was MD for two musicals in Ireland, both of which were nominated for Best Overall Musical and came first and second respectively – Parade and Legally Blonde. And in 2018, he was nominated twice for Best Musical Director – for JCS and West Side Story!!!
David has seen all sides of the Musical Theatre world, having also been a producer for Goldenboy Productions Limited, for their three full scale, professional productions in Ireland.
He was delighted to have been awarded a first class honours M.A. in Music, from CIT CSM in 2017 and to continue to work with his colleagues and students on the BAPM and BAMT degree and also fostering relationships with RTECO. 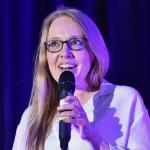 Deirdre is the course coordinator of the new BA in Musical Theatre at MTU Cork School of Music, where she lectures in musical theatre history and vocal ensemble. This 4-year honours degree is currently halfway through its first delivery, training young Irish students in preparation for the professional MT industry. She also teaches piano and works as an accompanist on the classical music degree.

Her freelance work covers the areas of production and musical direction. She has worked as line producer for Cork Opera House on concerts, festivals and musicals, and is the manager of the COH Concert Orchestra. As a chorus director and musical director she has numerous credits in the fields of opera and musical theatre. She is currently the chairperson of Cork Operatic Society. Deirdre graduated from MTU CSM with BMus and MA degrees in performance. 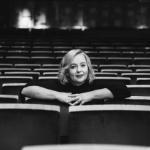 Eibhlín has been the chief executive of Cork Opera House since 2015. Prior to this appointment, Eibhlín worked as the Opera House’s general manager and has extensive experience as a senior arts administrator over the last 18 years. She was the CEO of Ireland’s flagship professional choir, Chamber Choir Ireland, and she developed and managed her own arts management company, EMG Arts Management, providing strategic planning, marketing, fundraising, and international touring services to arts organisations in Ireland. She held a prestigious position in the John F Kennedy Centre for Performing Arts in Washington DC, where she worked with international leaders in the field of arts management. She is also a musician, singer, and performer in her own right, having graduated from UCC’s Department of Music. 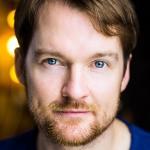 Killian is originally from Meath, Ireland. He was nominated for a 2016 Olivier Award for Best Actor in a Musical for Kinky Boots.

Theatre includes: Jean Valjean in Les Miserables (Queens Theatre), Charlie in Kinky Boots (Adelphi Theatre and Broadway); Dewey in Memphis The Musical (Shaftesbury Theatre); Deco in The Commitments (Palace Theatre); Tony in Billy Elliot the Musical (Victoria Palace Theatre); Raoul in The Phantom of the Opera (Her Majesty's Theatre); Enjolras in Les Misérables (Queen's Theatre), before which he understudied and played the roles of Jean Valjean and Javert, Collins in Michael Collins (Cork Opera House); Sweeney Todd (Gate Theatre, Dublin); Ethan Girard in The Full Monty (Olympia Theatre); Tony in West Side Story (The Solstice); Declan in The Wireman (Gaiety Theatre) and Rod in Singin' in the Rain (Olympia Theatre).

Workshops include: Pink in The Wall directed by Simon McBurney and Deco in The Commitments. 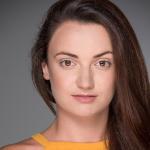 Linda Fitzgerald is a trained musical theatre performer. After many years in stage schools as both a student and a teacher, she began her studies at Musical Theatre Ireland in Cork and continued on to The MTA in London. Here she learnt many additional skills including acting for television, presenting and voiceover work.

After graduating in 2016, Linda was offered her first contract with Headliners Theatre Company as lead vocalist on board P&O Cruises and did 2 full contracts plus a cover contract for the company. 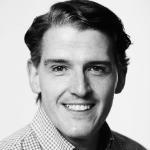 Trevor Ryan has been involved in the performing arts for the past 40 years as an actor, director, writer and teacher and has been associated with over 100 productions on a local, national and international level.

He is also a partner in the Montfort College of Performing Arts founded 60 years ago by Eileen Nolan where he teaches speech and drama.

Trevor is director and co-writer of the Cork Opera annual panto, a position he has held for the past 7 years. His love of panto goes back to his youth and he has been involved in over 20 pantomimes at Cork Opera House.