Last weekend, I was able to partake in one of the most popular festivals in Ireland: Cork’s Jazz Weekend

Since I moved here in late August, the city had been buzzing with anticipation for this annual celebration of jazz music. It seemed that every pub, hotel, and music venue was holding an event or performance.

The festival started off with a Day of the Dead themed parade, which was incredible. As a Latino, I was especially excited to witness this evidence of Cork’s multiculturalism and its celebration of diverse traditions. Each night over the course of the week, my friends and I hopped from performance to performance, and during the day we ventured into town to watch street performers and pop-up concerts. The festival truly lived up to its hype—I’ve rarely seen an entire city explode into such joy.

Jazz weekend then led straight into Halloween, which was marked by the Dragon of Shandon parade http://www.dragonofshandon.com/. My roommate and I rushed to watch, and once again we saw performers celebrate Irish, Latin American, and New Orleans’ cultural traditions. It was one of my best Halloween experiences of the past few years, and I’m so grateful to have been in Cork for it. I had been feeling homesick before this, but the excitement of Jazz Weekend and Halloween cheerfully reminded me that I am living an incredible, vibrant city.

The Friday after Halloween, I had the privilege of attending a screening of Irish filmmaker Vivienne Dick’s work http://www.sdgi.ie/vivienne-dick. It was held by the Film and Screen Media Department in our auditorium, and was organized by PluckProjects https://pluckprojects.wordpress.com/. The screening consisted of two films and was followed by a Q&A and conversation with Arts Council/UCC film artist in residence Pat Murphy. 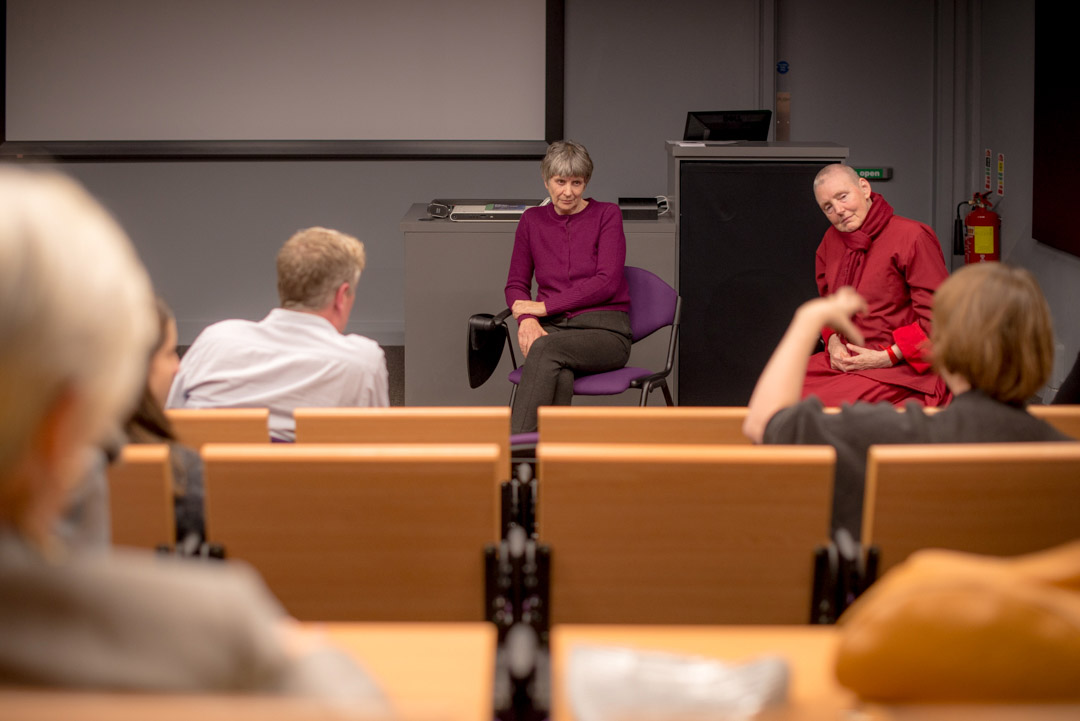 Vivienne Dickis a prolific filmmaker and prominent contributor to the No Wave film movement, and after showing her films she talked about what filmmaking was like for a young woman during the 1970s into the 1990s. Vivienne discussed her process, which relies on Super 8 film and does not include a traditional script. She instead embarks on projects with a sense of structure and familiarity with the material, and then allows the subject to blossom on film before her. As an artist, I found it inspiring to hear from a filmmaker who truly trusts in her process and allows herself the freedom to explore.

Vivienne also acknowledged the obstacles she faced as an experimental feminist filmmaker during a time when many Irish producers were wary about non-narrative work, and were therefore less inclined to fund it. Nevertheless, she found funding in the UK, made films all over the world, and was even able to return to her native Donegal to make A Skinny Little Man Attacked Daddy, which had just been screened. A friend of mine who accompanied me to the screening commented that this film truly captured Irish childhood and family life, particularly through its use of piano tunes that he says are popular among young children in Ireland. It was incredible to witness firsthand the effect that Vivienne’s work could have on an audience.

Pat Murphy, a highly accomplished filmmaker herself, was an especially interesting moderator because she was able to contribute her own wisdom about feminist filmmaking, and creating empowering art within an Irish context. Pat has directed several films, including Maeve (1982) and Nora (2000), and talked about the challenging nature of making films in urban spaces under a limited budget and time constraints. She also contributed to the discussion of experimental filmmaking in New York during the 1970s, commenting that Vivienne Dick’s work was so unique and groundbreaking that in the beginning, people were unsure of how to react to it. She then drew parallels between Vivienne’s work and avant garde filmmaking, including the work of Andy Warhol. It was unbelievable to meet two world-renowned filmmakers right in my university auditorium. My decision to study at UCC remains constantly reinforced. 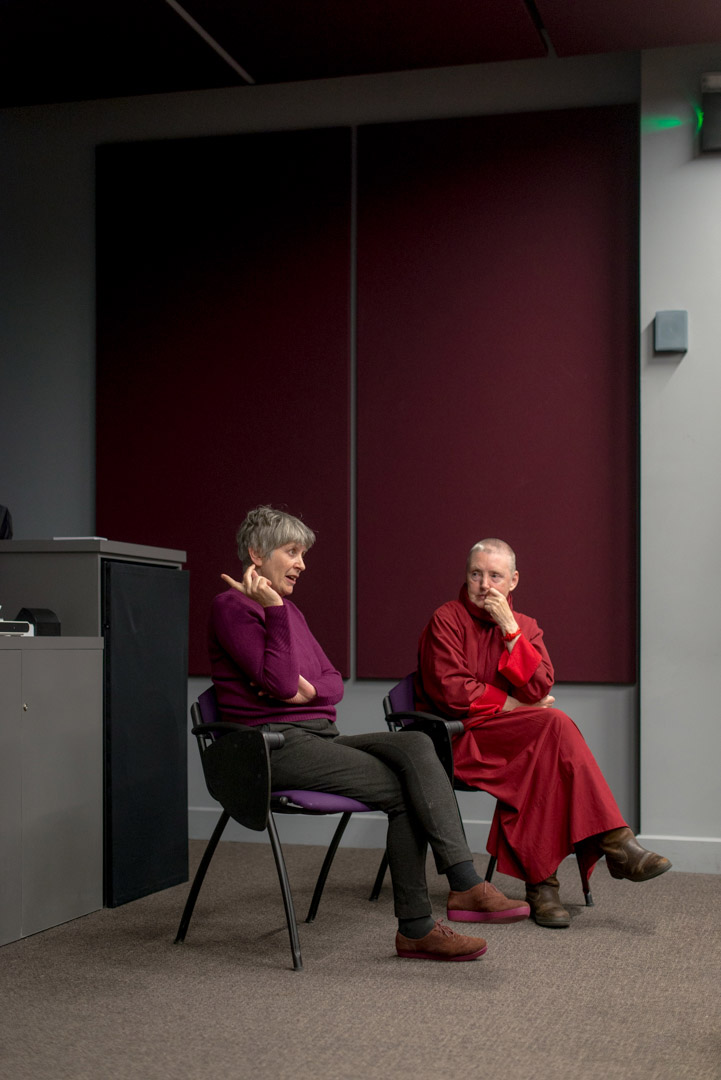