A Few Tunes: A Mini Series of Trad Today

A Few Tunes is a music event showcasing a trio of unique insights into traditional Irish music and its relationship today with its contemporary cultural counterparts. Over three consecutive nights, Out of Orbit welcomes you to indulge in a mini-series of at-home gigs. A Few Tunes provides you with performances from diverse acts, each with their own distinct fusion on our tradition, be it in its purest regional form or influenced by world music. Rooted in ‘trad’, you are guaranteed plenty of ‘ceol agus craic’ – something we’ve all been missing!

Each at home gig is pre-recorded and will be broadcast live into the comfort of your own home. Complementing the Irish music tradition, this mini-series will explore contemporary fusions with pop, folk and blues in a collaborative presentation. Don’t miss out!

Please note in order to facilitate all orders, tickets should be purchased at least 2 hours before the start time for each event. In the instance of A Few Tunes, tickets are available to purchase throughout the weekend, to ensure you receive your ticket in time please purchase at least 2 hours before the listed start time. Purchased tickets can be used to access to all events for one week after premiere. 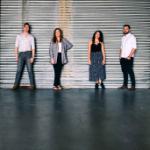 Irish band Billow Wood (formerly known as Flat Out) are a male/female four-piece who fuse their unique brand of instrumentation with multi-vocals and harmonies. Billow Wood are influenced by Irish traditional music and folk music and are now moving in a new direction often accompanied by drums. They are creating their own unique sound, a blend of Irish, Folk, Pop, Country but to name a few!

Winners of Ballyshannon’s Folk Festival showcase for their original music in July 2017, they went on to release their debut EP ‘Can you see me’. In October 2017 the band sold out the launch of the EP in Whelan’s Live Music Venue, Dublin. Since then the band have released 4 more singles and in March 2020 they released their debut studio album “Walls Of Caves”.

The album received critical acclaim with reviews in HotPress and some tracks were added to RTE Radio One’s “Recommends” playlist and received air time with Ed Smith on national broadcaster Today FM. Due to the COVID-19 pandemic Billow Wood’s touring schedule has been wiped out for 2020, but they are excited to get back on the road when it is safe to do so!

The band have toured frequently since their foundations and have taken in countries/cities such as France, Germany, Chicago, Indianapolis, Nashville, St Louis, Orlando, Boston as well as taking in an Irish tour upon the release of their EP in 2018.

Highlights in touring include: Indianapolis Irish Fest in 2018 and 2019, Ballyshannon Folk Festival Main Stage August 2018, a 19 date theatre tour in Germany for the Irish Heartbeat tour with Magnetic Music, Chicago Gaelic Park Irish fest in 2019, The White Horse Stage at Doolin Folk fest June 2019, The Gig Rig at the Fleadh Ceol in 2018 and 2019 and most recently an entire tour of the US in August/September 2019. They supported Hermitage Green on their Irish tour in January 2020 in the Royal Theatre and released their album as part of the Other Voices festival in Ballina in February 2020 to a sold out audience. 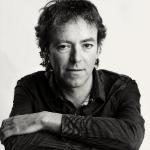 Dermot hails from Buncrana in the Inishowen peninsula, the most northerly part of Donegal. He has played accordion since a very young age, having learned from his father Tomás O’Beirn, who comes from Teileann area of South West Donegal, and is an enthusiastic promoter of the tradition. Dermot had the good fortune to meet all the greats of Donegal music, including Johnny Doherty, Con Cassidy and Tommy Peoples, Danny Meehan and many more. These musicians made a great impact on the young Dermot, who went on to develop a unique style. His seemingly effortless playing, combined with great subtlety, and a faultless ear, makes him one of the great accordion players of his generation. As well as his mastery of the Donegal style and repertoire, Dermot can turn with ease to other styles and traditions such as French musette, or South American choro music. He guested on two Altan recordings “The Red Crow” and “Island Angel” before joining the band in 1994. 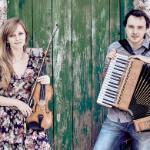 Joanna Hyde, a native of Denver, Colorado, and Tadhg Ó Meachair of Dublin, Ireland, have an  eclectic musical partnership that extends back to 2012, where they met while studying and  teaching at the Irish World Academy of Music and Dance at the University of Limerick. Now  married, residing in West Cork, and working together on various projects, Tadhg (piano, piano  accordion) and Joanna (vocals, fiddle) first came to know each other as artists rooted in the  musical traditions of their respective countries, and their partnership is very much a constant  conversation about the interplay between American and Irish styles. Tadhg, an All-Ireland piano  champion and founder-member of traditional group Goitse, grew up in an Irish-speaking family steeped in Irish traditional music. Joanna grew up loving bluegrass, Appalachian, classical,  Motown, swing and blues, performing with her brother, Iain, as The Hydes, and gathering numerous musical awards along the way, including the Jack Kent Cooke Foundation’s Graduate  Arts Award, which first brought her to study music in Ireland. Tadhg and Joanna have spent the  last several years touring the world together – the US, Canada, Iceland, Germany, Switzerland,  France - in addition to performing and teaching in Ireland. Their more recent projects include One for the Foxes, a transatlantic folk trio with whom they were awarded “Album of the Year” by the 2021 ACLSR Music Awards for their recent release, “Take a Look Around”.