MA Student Experience blog. Entering the Home-Stretch of the Semester.

I find that the busiest times are often the most rewarding, and that has certainly been the case over the last few weeks....

On February 5th, for instance, I was asked to read my piece, “Never Lost in Cork City,” at UCC for an event that Ó’Bhéal co-organized with the Cork Public Library and the UCC English Department. There, I presented my piece and spoke with a number of other writers I had not met before--including another American woman my age.
That weekend, I travelled to Kerry with UCC’s International Office, where we hiked in Killarney National Park, visited Dingle, and walked the beaches of Anascaul. Ireland is an unbelievably beautiful country, and UCC’s societies provide a myriad of opportunities to explore and appreciate this beauty. In Kerry, I made memories and friends that I will always cherish, and as soon as I got back to Cork I made a point of signing up for the International Office’s next weekend trip.

On February 20th, I attended a photoshoot with the head of the Film and Screen Media department, Dr. Ciara Chambers. The photoshoot was meant to celebrate International Women’s Day, and I was honored to have been included--particularly considering my passion for women’s rights issues. In fact, I will be centering my thesis film, a 15-minute documentary/essay film, around feminism and the relevance of gender equality across the international, cultural, and gender spectrums. It has been exciting to explore feminist issues while living abroad, and I feel very welcome in Cork’s feminist community. 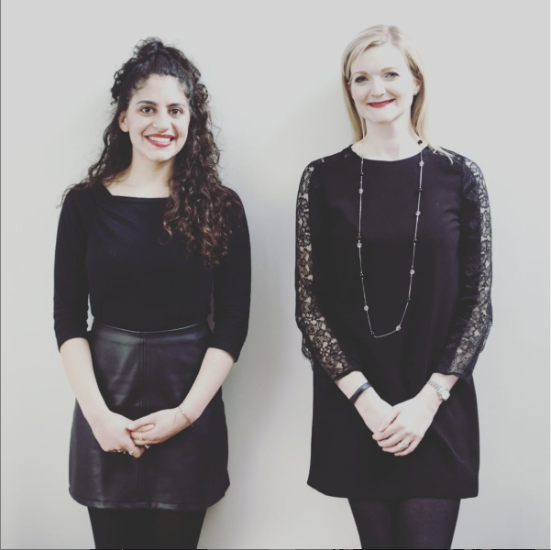 Over the course of the semester, I have also been lecturing first-year students on most Wednesday mornings about film writing and basic film theory. Working with the students has been immensely rewarding: They bring great intelligence, enthusiasm, and creativity to the class each week. In fact, their desire to get involved with film writing has spurred me to start a film blog with them, which we have called UCC Film Writers (https://uccfilmwriters.weebly.com). Their work exhibits not only their passion for film, but also their sharp ability to contextualize films historically, politically, and within cinematic movements. I decided to start this blog when a student asked how I managed to write so much about film as an undergraduate, and I replied that Northeastern University already had a film society through which members could write film reviews and interviews. Suddenly, I realized that UCC did not yet have such an opportunity, and that this would be the perfect chance for me to both give back to the Film & Screen Media department and share with these students an activity which has opened so many doors for me.

Next Article
Back to MA Student Experience Blog