Turlough FitzGerald was a consummate Anatomist in the spirit and the letter. These qualities, with his outstanding gifts for teaching and for research, resulted in a most distinguished and fulfilled life. In this, he had the inestimable support of his wife and colleague, Dr Maeve FitzGerald.

After an extraordinarily distinguished undergraduate career he qualified in Medicine at University College Dublin in 1952. Following house jobs in Ireland and the UK, he was appointed Statutory (Senior) Lecturer in Anatomy at University College Cork in 1954. Here, under the uniquely creative tutelage of Professor MA MacConaill, his research and teaching blossomed rapidly and he became a first rate Anatomist. He took his PhD in 1960. He remaine 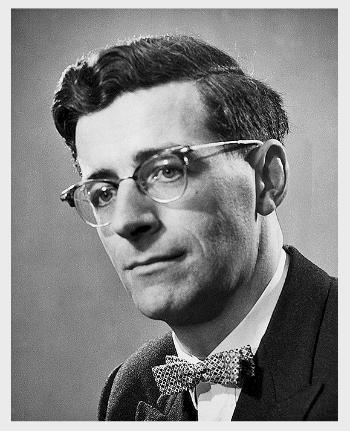 d in Cork for 9 years. During this time he spent a sabbatical year at St Thomas's Medical School as well as several research study periods in other UK Anatomy Departments. In 1964 he left for the United States, where he spent 2 years each at the Departments in St Louis and Seattle. In 1968 he returned to Ireland to take up the Chair at University ‌College Galway, now National University of Ireland Galway. Throughout his time there, he consistently developed and enhanced the department. He also guarded the traditions of his subject and furthered its status as a clinically relevant discipline, fundamental to the Medical curriculum. The respect in which he was held by his clinical colleagues testifies to this.

His researches manifest a wide-ranging and incisive mind. He published consistently throughout his career in a variety of fields. While the range was wide, the contribution for which he will be best remembered was to the understanding of the light microscopy of the peripheral nervous system, and in particular the field of cutaneous sensory innervation. Here he made major contributions to the clarification of the complex topic of the morphology, development and lifetime changes of peripheral nerve endings. Equally important landmarks were the elucidation of the connections of lingual proprioceptors and, perhaps his best known single publication, with Alexander, on the ganglia within the tongue. He made significant contributions in several other areas such as transmedian innervation, the nerve supply to hairless skin and to skingrafts, congenital anomalies of the large intestine, peripheral nerve fibre composition and interconnections. His publications are notable for their meticulous experimentation, painstaking observation and clarity of presentation.‌

Turlough FitzGerald was not just an outstanding scientist. He was at least equally distinguished as a teacher and educator. His range of skills was such as is rarely if ever seen today. He could discourse on any anatomical, embryological, histological or neuroanatomical topic. His lectures were typified by a unique lucidity. He could distil any topic and crystallise it in a lively and memorable way. He brought to his teaching the inestimable assurance which derives from clinical experience. Not surprisingly then, his standing as a teacher was legendary. His commitment to his students was complete; despite periods of significant illness, his determination on their behalf stimulated him to extraordinary efforts to ensure that they never lost out. Inevitably, his enthusiasm as a teacher led to publications, including a comprehensive book of Anatomy multiple choice questions, a book on embryology, with his wife Maeve as co-author (1994), and most notably, to his Clinical Neuroanatomy. This first appeared in 1985 and since then has had five further editions. It gained worldwide standing with each new version, incorporating throughout contemporary developments from the rapidly changing world of structural and functional neuroscience. It has become one of the leading neuroanatomy texts; the fourth edition won first prize in the BMA Medical Book competition. A seventh edition is in preparation; the title is to be changed, involving the ultimate accolade: it is to become eponymic. That it will henceforth be calledFitzGerald's Clinical Neuroanatomy and Neuroscience was a source of great and thoroughly deserved joy to him in his last year.

Turlough's quiet enthusiasm for his discipline was boundless. With Maeve, he travelled widely in the cause of Anatomy. Inter alia, in the 1980s they made several trips to Tanzania, where they helped in setting up a new Medical School, establishing an Anatomy Audiovisual Unit.

Maurice John Turlough FitzGerald held the MD and DSc of the National University of Ireland and was a Member of the Royal Irish Academy.