James Denis Mc Glynn is a film music scholar and Assistant Lecturer at UCC’s School of Film, Music and Theatre, where he is currently teaching the MA course ‘Music and Cinema’. His doctoral thesis explored the adaptation and rearrangement of pre-existing music in recent film and television scores. He serves on the editorial board for Sonic Scope: New Approaches to Audiovisual Media (MIT Press / Goldsmiths, University of London) and is a reviewer for [in]Transition: Journal of Videographic Film & Moving Image Studies (JCMS).

James is an alumnus of the Quercus Talented Students Programme, having been awarded a coveted Quercus Creative & Performing Arts Scholarship in 2015. His receipt of a PhD Excellence Scholarship in 2017 enabled him to pursue his doctoral research at University College Cork. Soon after, James was invited to work as an instrumental tutor at the Tianmu Institute (Suzhou, China) and, in 2018, he completed a research residency at the Irish Cultural Centre in Paris’ Latin Quarter. For several year, James served as conductor, arranger and creative director of the UCC Orchestra, an ensemble he founded in 2014. He is also a member of the Irish Gamelan Orchestra, with whom he has performed widely throughout Ireland and in Indonesia. In 2019, the group performed the score for Gare St. Lazare’s production of Samuel Beckett’s ‘How It Is (Part 2)’, starring Conor Lovett and Stephen Dillane (Game of Thrones, The Crown). The production is set to begin a residency in London later this year.

James has extensively presented his research in both academic and non-academic settings, to enthusiasts of film, music and media studies alike. He has shared his work at the Music and the Moving Image conference (NYU Steinhardt, New York), Irish Screen Studies Seminar (NUIG, Ireland), Music, Sound, and Trauma conference (Indiana University Bloomington) and Young Musicology Belgrade (Serbian Academy of Sciences). In 2018 and 2019, James was invited to deliver the annual Rev. Liam Swords Foundation lectures at the Irish Culturel Centre (Paris, France) and the Royal Irish Academy (Dublin, Ireland). Later this year, he will present at the 17th annual Music and the Moving Image conference (NYU Steinhardt), having previously spoken at the 2019 and 2020 conferences. 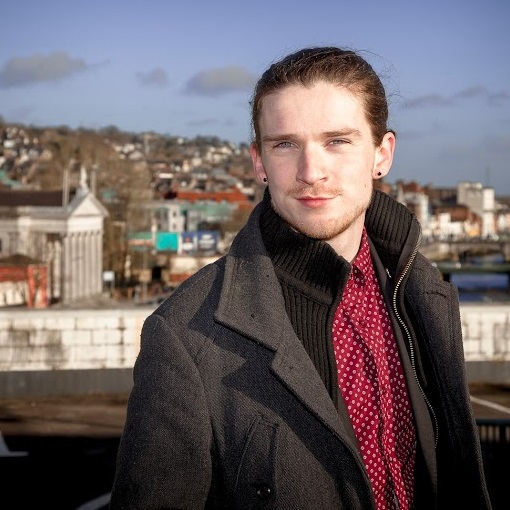