“Beyond Gangsta: Hip-hop, Skate Culture and Web Culture in the Music Work of Tyler, the Creator”

“Beyond Gangsta” analysis the endeavours made by Californian rapper, producer and entrepreneur Tyler, the Creator to subvert and undermine the racial stereotypes surrounding rap music, especially the tropes related to gangsta rap. African American music continues to be one of the most consumed art products of the globalized world and the shifts carried out by Tyler in relation to the way it is performed and represented have been an important contribution to new understandings of the racial relations present in the late-capitalist society.

This research has the scholarly work of Frantz Fanon – psychiatrist and activist for the black and Third-World cause – author of the ground-breaking book “Black Skins, White Masks” (1952) as one of its main references to analyse the social, racial and cultural meanings of Tyler’s artistic productions. The interesting juxtaposition of the intellectual work of a Caribbean scholar from the 20th century with the avant-garde rap music of Tyler, the Creator highlights the convergences of the South hemisphere experience with the disrupting productions of a rapper located in the marginalized side of American society.

Gustavo Souza Marques is a Brazilian scholar and musician who have been directly involved with rap music for seven years (2007-2014) as drummer for the hip-hop band Julgamento from his hometown Belo Horizonte. In the same year he joined the band, Duelo de MCs (MCs Duel) – the most renown rap street battle in Brazil – was having its first edition under Viaduto de Santa Tereza, the most traditional overpass of Belo’s downtown.

In 2011, two years after finishing his graduation in Journalism at Pontificia Universidade Catolica (PUC), Gustavo started his masters on Duelo at the music college of Universidade Federal de Minas Gerais (UFMG). After finishing it in 2013, Gustavo started to pursue a PhD abroad having as main interest the musical work of Tyler, the Creator. In 2015, Gustavo found the hip-hop scholarly work of Rollefson and its strong connection with the subjects to be approached in the future research on Tyler’s productions. In 2016, applied for his PhD in UCC’s Music School and started his studies under the supervision of Dr. J. Griffith Rollefson and Danijela Kulezic-Wilson. 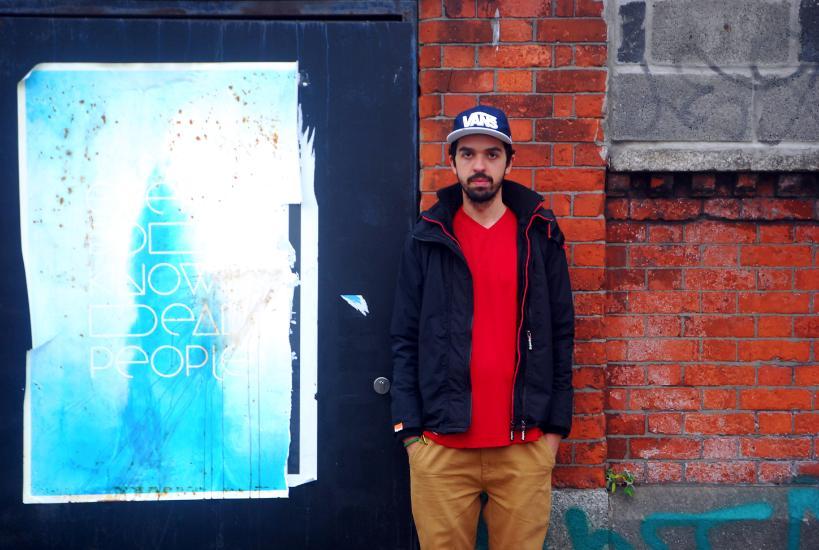