Everything Speaks about Us: Autobiographical Writing and Collective Memory in Italian Women’s Documentary Making

My paper will address first-person documentaries made by Italian women filmmakers in the last two decades, a period in which documentary has emerged as an important space for the affirmation of new female filmmakers, encompassing hybrid practices, which include the reuse of found footage, the enhancement of amateur films, and the rediscovery of home movies. If it is true that the contemporary audiovisual landscape is characterized by an increasing focus on autobiographical forms (Renov 2004, Rascaroli 2009), the female writing that forms the basis of these recent Italian documentaries is part of a broader movement of subjectivation, while emerging as an eminently “intersubjective” practice (Chodorov 1978).

In fact, the singularity that traditionally characterizes conventional autobiography (Lejeune 1975) gives way in these texts to autogynography (Stanton 1987), a type of relational writing in which the narrator’s primary objective is to attest to a collective identity. It is in this context that the oscillation between memorial singularity and common reflection on the female universe can be read.

The importance of narrating one’s personal experience and redefining gender identities goes along with the aesthetic and creative manipulation of private and cultural archives: from the issue of the body and its media representation (Il corpo delle donne, Lorella Zanardo 2009), to the role of women within the domestic, professional, social and political system (Vogliamo anche le rose, Alina Marazzi 2007; Bellissime, Giovanna Gagliardo 2004), to the questioning of female procreative capacity and “family function” (Tutto parla di te, Alina Marazzi 2012), and the sharing of ordinary life in the public space of the web (the webdoc Tutto parla di voi, 2013). Under the framework of first-person documentary, in which the singular experience takes on a crucial role, a first-person ‘plural’ (Lebow 2012) is adopted here. We see a passage from the I to the we, and a rethinking of subjectivity under collective phenomena, while at the same time film becomes a territory in which to construct a female authorial position, which also stands as a political affirmation of marginal identities. 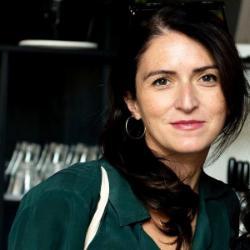 Laura Busetta is a Post-doctoral Researcher at the University of Messina. Her research interests include self-representation, documentary film, Italian cinema, film and visual art, and cultural and gender studies. She is the author of L’autoritratto. Cinema e configurazione della soggettività (Mimesis, Milano 2019), while on the issue of self-representation she also co-edited From Self-Portrait to Selfie: Representing the Self in the Moving Image (with Tinel-Temple and Monteiro, Peter Lang 2019), and Be Your Selfie: Identity, Aesthetics and Power in Digital Self-Representation (with Coladonato, Networking Knowledge Journal).