Mother-daughter relationships have been a recurring theme in contemporary women’s cinema in the PRC, and often this is crafted from female directors’ autobiographical experience and their conscious collection of biographical mother-daughter stories. From award-winning auteur cinemas Yang Mingming’s Girls Always Happy (2018) and Yang Lina’s Spring Tide (2020), to recent successful domestic blockbuster Jia Ling’s Hi Mom (2021), women directors examine the often painful and sentimental tales with their mothers and of their own becoming of mother. In these films, while their mother’s upbringings, marriages, cultural and socio-political past continue to overshadow their tense and sensitive relationship, the daughter-directors interpret how their relationship with their mother affects their own understanding of motherhood, and how maternal love places unbearable expectations on them that confuses what kinds of women they (want to) become.

In my earlier writings (2014, 2019), I argued that through personal cinema, women filmmakers in contemporary China carve out a space to stage their desires and frustrations. Often related to fighting against patriarchal repression within families and the wider society, the self-empowerment and empowering of others in these women’s films are a type of feminist inclination which are not necessarily or directly influenced by Western feminist movements but instead emerge out of their own specific local urgencies (Yu & Lebow 2020). In this paper, I focus on the representation of mother-daughter relationship in Girls Always Happy and Spring Tide in relation to the production of my own autobiographic essay film The Kindness of Women. I argue that the exploration of maternal love in recent women’s auto/biographic cinema reflects the search for meanings in motherhood and being women of China’s post-socialist generation, and their realisation of their own powerful role of being women and being mother to the next generation and the next China to come. 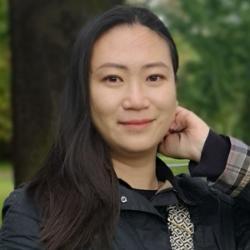