Three films, multiple generations: Maya Deren’s Meshes of the Afternoon (1943), Agnès Varda’s Les Glaneurs (2000) and Waad Al-Kateab’s For Sama (2019). These three films, strictly a heuristic choice of possible starting points, map out a journey across decades that passes through anxiety, doubt, and the sense of a world out of balance to celebrate a sensibility honed to questioning the taken-for-granted, secure, stable way of things, when it leaves women stranded with their anxieties, seeking solidarity with the marginalized, and persisting in the face of grotesque violence by a government against its own people. In one way, threats intensify. In another, so does resistance. The function of the camera—a vital element of the search for a radical film form for Deren, an instrument of inquiry into the unfamiliar and unseen for Varda, and the creator of a vivid testament of a mother’s struggle to secure a just future for her child—evolves over the course of these films. It bears witness to distinct ways of seeing that move from the space of inner disturbance, through a reconfiguration of the relation of abundance, waste and aging, to a documentation of the triumph of the human spirit against deliberate mass destruction. 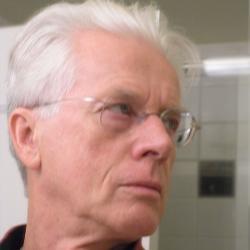 Bill Nichols edited Movies and Methods, vols. 1 and 2, works that helped establish film studies as an academic discipline. He has since published a dozen books, over 100 articles and lectured widely in many countries. His Representing Reality (Indiana University Press, 1992) launched the contemporary study of documentary film, and Introduction to Documentary (IUP, 3rd edition, 2017) has become the most widely used introductory textbook in the field. His general introduction to film, Engaging Cinema, is the first introduction to film studies that integrates a study of film’s formal qualities with its enormous social significance. Speaking Truths with Film: Evidence, Ethics, Politics in Documentary (University of California Press, 2016) explores key issues in documentary film. He has served on film festival juries in many countries and writes about film and other topics on his blog, billnichols.net and his Facebook page.