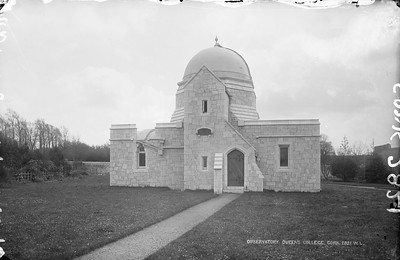 The Observatory is unique in Ireland for the remarkable state of preservation of its instruments and the original condition of the building. It is the only observatory on a university campus in the country. It contains three telescopes – an equatorial telescope, a transit telescope, and a siderostatic telescope – all of which along with the observatory were designed by the Dublin instrument maker Howard Grubb. The equatorial telescope is the largest of the three. It fills the 15 foot wide dome and tracks the stars in the sky using an intricate and very accurate clockwork mechanism. This telescope was exhibited at the Paris International Exhibition in 1878 where it was awarded a Gold Medal and then installed at Cork.

The story of the Observatory and its instruments are told in: Crawford Observatory UCC in National Heritage Week 2020 [PDF]

The Observatory is part of the International Gravity Station Network (IGSN). Measurements were last taken in 2019.