May 18th is Fascination of Plants Day, a global initiative that aims to encourage as many people as possible to learn more about plants, environmental conservation, and appreciate the role that plants play in the production of food, pharmaceuticals, energy, and clean air. This was the perfect day for the UCC School of Biological, Earth and Environmental Sciences (BEES) to launch the University Urban Farm project, which was funded by the UCC Green Campus Living Laboratory Fund.

Academic staff, researchers, students, and members of the public gathered amongst the plants in the glasshouses on the North Mall Campus at midday for the launch and to learn more about the innovative research being carried out at the School of BEES.

Dr. Barbara Doyle Prestwich, Head of Plant Science, began the event by welcoming attendees to the launch and giving an overview of the Urban Farm. The project uses an aeroponic system, an advanced form of hydroponics, which involves growing plants without any substrate (soil), using only water and nutrients. The plants are suspended in the air, and their roots are periodically misted with nutrient solution. Sustainability is central to this project. The Urban Farm operates on a closed-loop system, which uses 98% less water in comparison to traditional farms. A key feature of this project is that this system can be established anywhere, which makes it especially useful in non-traditional settings such as schools, airports, and rooftops. 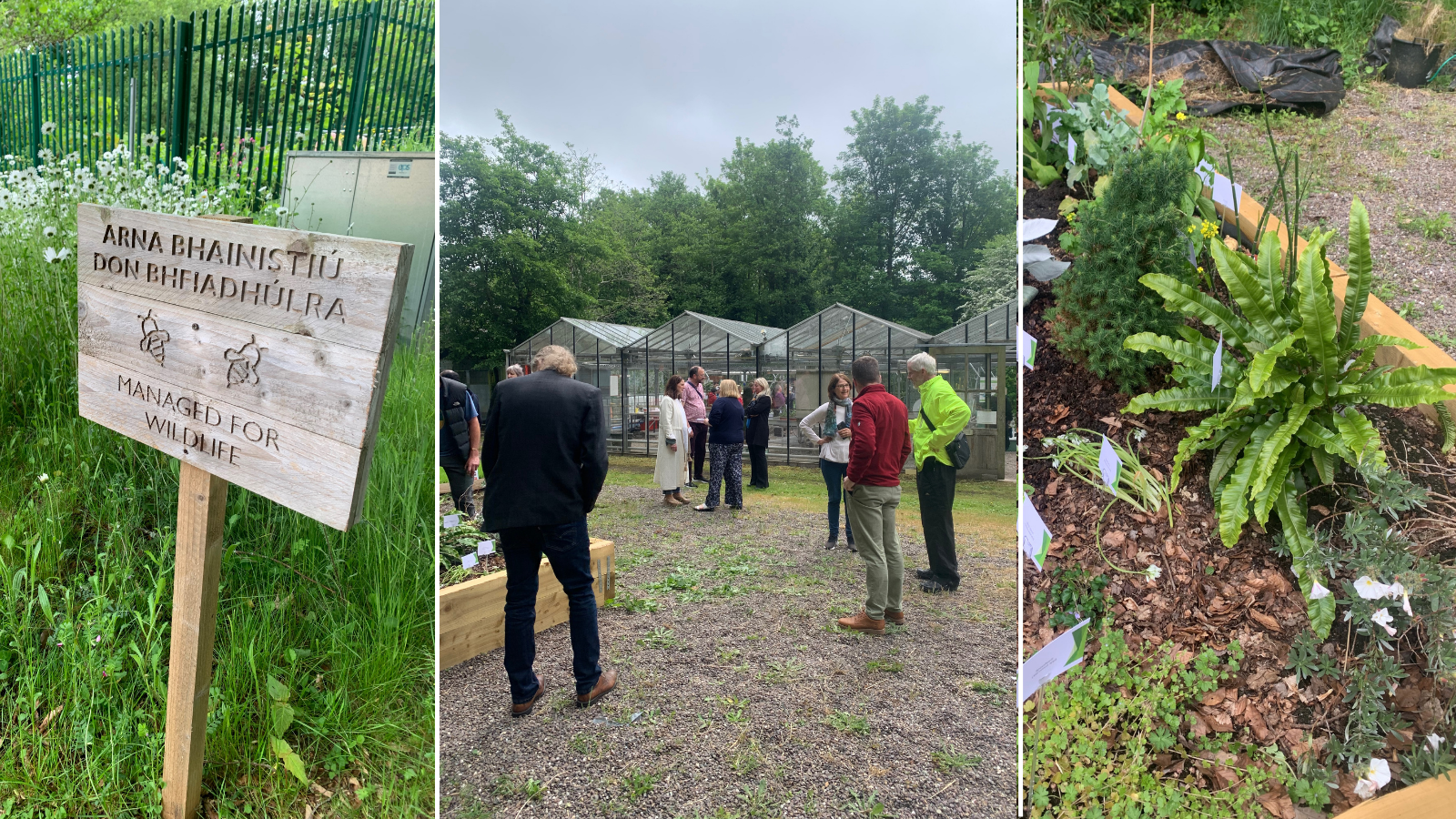 Dr. Doyle Prestwich invited several of her colleagues to speak about the project and their contributions to research and innovation in the School of BEES. Firstly, the UCC Sustainability Officer Dr. Maria Kirrane spoke about the Green Campus programme and gave attendees a synopsis of the sustainable initiatives that are currently being run across the university. UCC Green Campus put out a call for submissions to the Living Lab Fund in November 2021. This fund supports research masters and demonstration projects that align with the sustainability goals of the University and work to solve a real-life problem. The Urban Farm was one of three projects that received funding last year.

Next up was Jenny Twomey, Authorised Commercial Representative at Towers Farm, who talked about the importance of the project, putting a particular emphasis on the value of local sustainable food initiatives; ‘Plants can survive without people, but people can’t survive without plants’. Dr. Mary O'Shaughnessy, a lecturer with the Department of Food Business and Development, gave attendees an insight into different urban and rural initiatives that use existing infrastructure to create social farm enterprises. Projects like the Urban Farm have huge potential to help us learn more about the mental health, therapeutic, and wellness benefits of green initiatives. 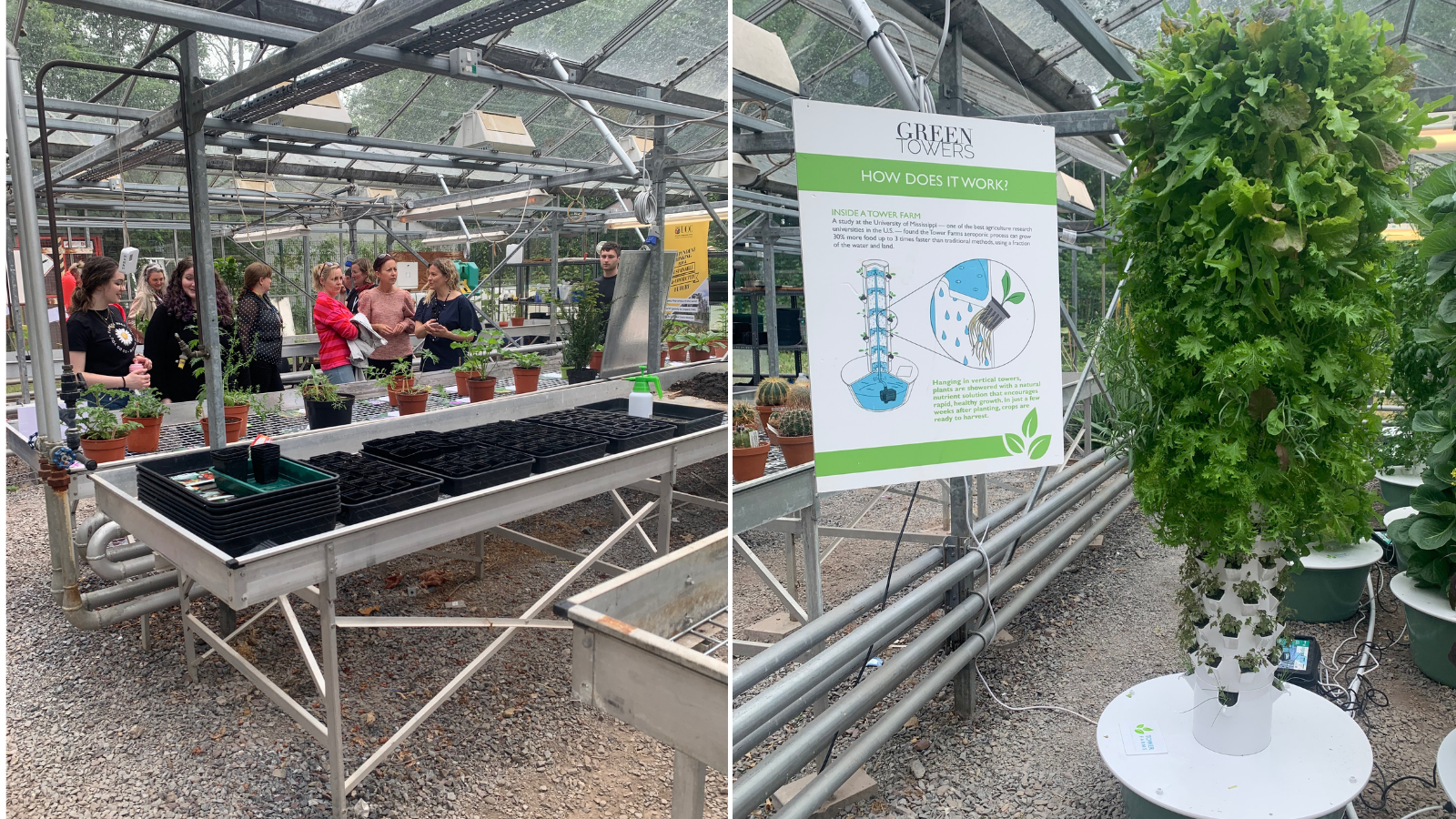 Following this, Dr. Eoin Lettice, a lecturer in plant science at the School of BEES and the Environmental Research Institute (ERI), expressed his appreciation for the project and how it will help people recognise the importance of food production and security, especially in the context of the ever-growing climate and biodiversity crisis.

Thomas Quigley, our resident beekeeper, spoke about his role and the importance of honeybees. He later delivered an engaging workshop on the ins and outs of beekeeping. Professor Astrid Wingler, Head of BEES, wrapped up the launch by congratulating the team behind the project and stressed the significance of plants and the role research plays in the development of innovative projects and solutions.

The Urban Farm project is just one example of the cutting-edge research that is being carried out across our green university. Several members of the Urban Farm team also work on the UCC Tree Explorer project, which was initially funded by the Living Labs Fund. UCC Trees has grown exponentially since its establishment and received Science Foundation Ireland funding last year. We have no doubt that the Urban Farm project will thrive, and we look forward to seeing how this project will develop in the coming year.