Did you know…   Only 9% of all plastic ever produced has been recycled…   It’s estimated that if we continue our current behaviours, by 2050 there will be more plastic than fish in the ocean….

UCC has been working to reduce single-use plastic on campus for the last two years.  In September 2017, UCC staff and students were banned from taking disposable coffee cups into the library as part of the Green Library campaign.  To support the transition, discounts were made available at outlets across campus when students/staff bring your reusable mug.  This also coincided with the rolling out of the “binless” office system in the library.  The system has seen all small bins removed from every floor, in both the student and staff areas, and two large recycling centres put in place in the ground floor.   In doing this, it is thought that up to 10,000 plastic bags will be diverted from landfill each year.

In September 2018, UCC and KSG joined forced to launch Ireland’s first single-use plastic free cafe at the Biosciences Institute.   All plastic drink bottles have been removed from the café and have been replaced with glass bottles and cans. Customers won’t find any plastic sachets of sauces, disposal cutlery, or plastic wrapped snacks. The café has an integrated water fountain system with built-in washing capability for students and staff to use.  Fresh vegetables and produce are delivered daily from the university’s farm along and local producer Waterfall Farms in Curraheen. Vegetables are delivered with no wrapping in long life containers which are returned to the supplier each day.  Chicken, ham and cheese are sourced from suppliers in the English Market and these products are also delivered with no wrapping in reusable return containers.  Meanwhile, an extensive recycling and waste segregation area has been installed in the café and the station also contains an integrated digital scales.  General and recyclable waste volumes have now been reduced by 95%. 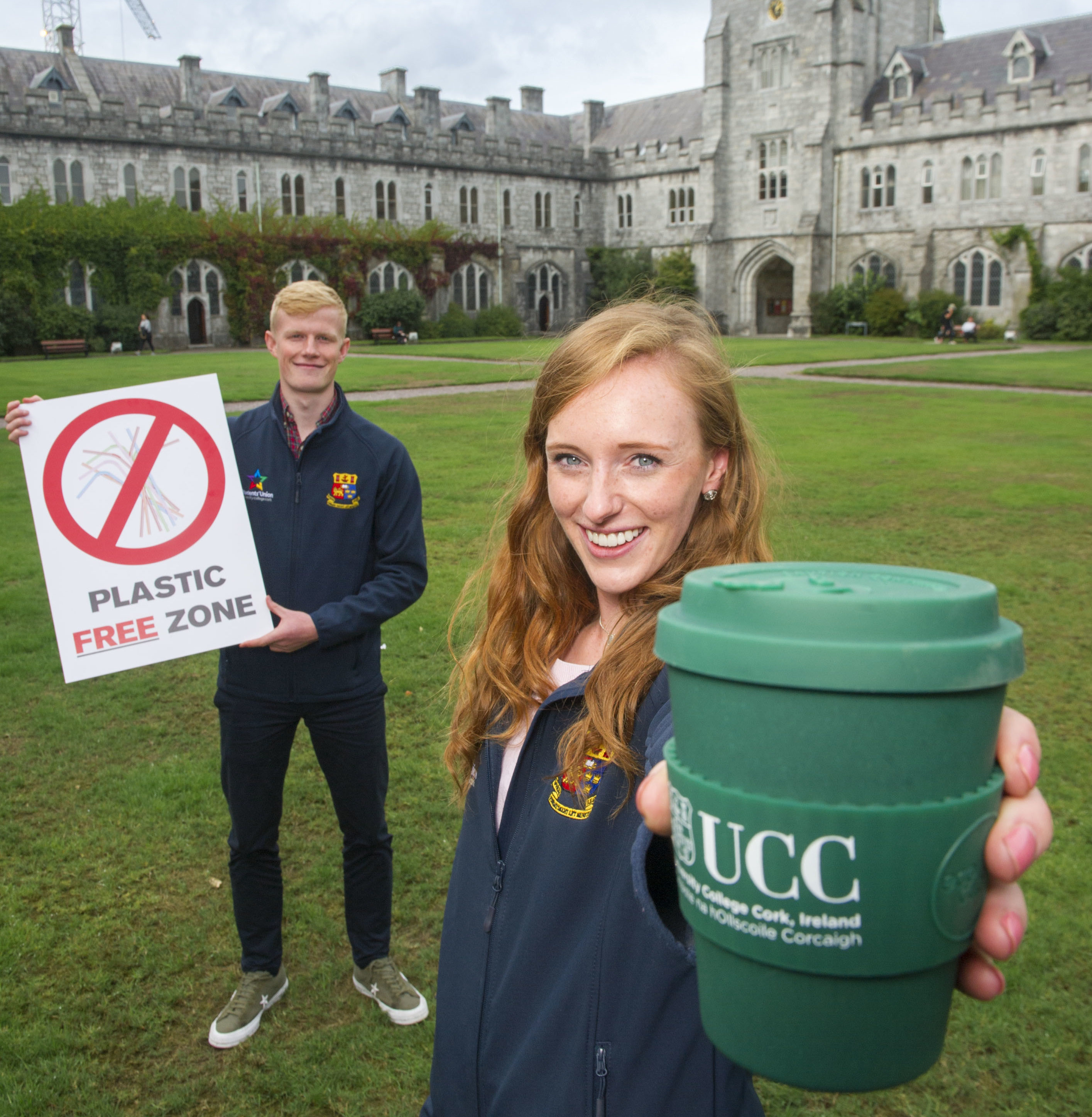 In October 2018 UCC Student’s Union launched a petition to make UCC a single-use plastic free campus.  This followed the SU’s move to provide a free reusable bamboo mug to all incoming first year students in Academic Year 2017/18, with funding from Cork City Council.  The SU’s petition has now reached over 8,000 signatures.  It calls on the university to become completely free of the following single-use plastic items by 2023; Disposable Cups, Plastic Bottles, Plastic Straws, Plastic Salad Containers, Plastic Cutlery & Plastic Packaging for UCC products (eg- Sweet Tubs/Sandwiches etc).  UCC are now working with our caterers and campus services to deliver on this demand.  For some guidance on going plastic free in your own life see our plastic-free July blog post.

Across campus a phased approach is going to be taken to: 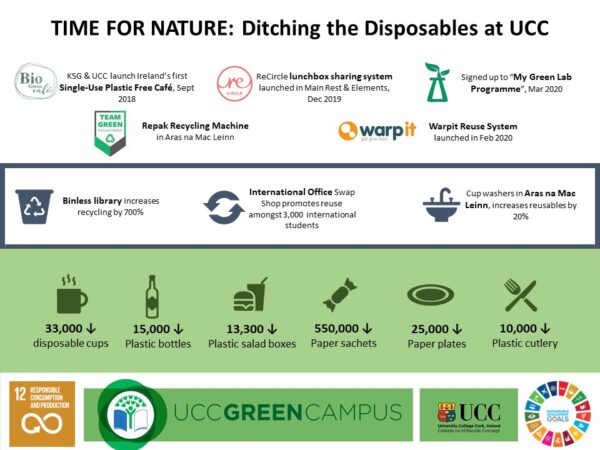