Habitats and their Management

From 2014 to 2016, Bat Surveys, Habitat Surveys, Bryophyte Surveys and Mammal Surveys were undertaken on UCC Main Campus, Distillery Fields, Western Campus, ERI, Mardyke, and Curaheen sites.  A total of twenty-two habitats were recorded, some of which were assessed as having negligible importance for biodiversity, while others were assessed as being of moderate-high importance for local biodiversity.  A section of Riparian Woodland, which is Annex I habitat under the EU Habitats Directive was found at the ERI. 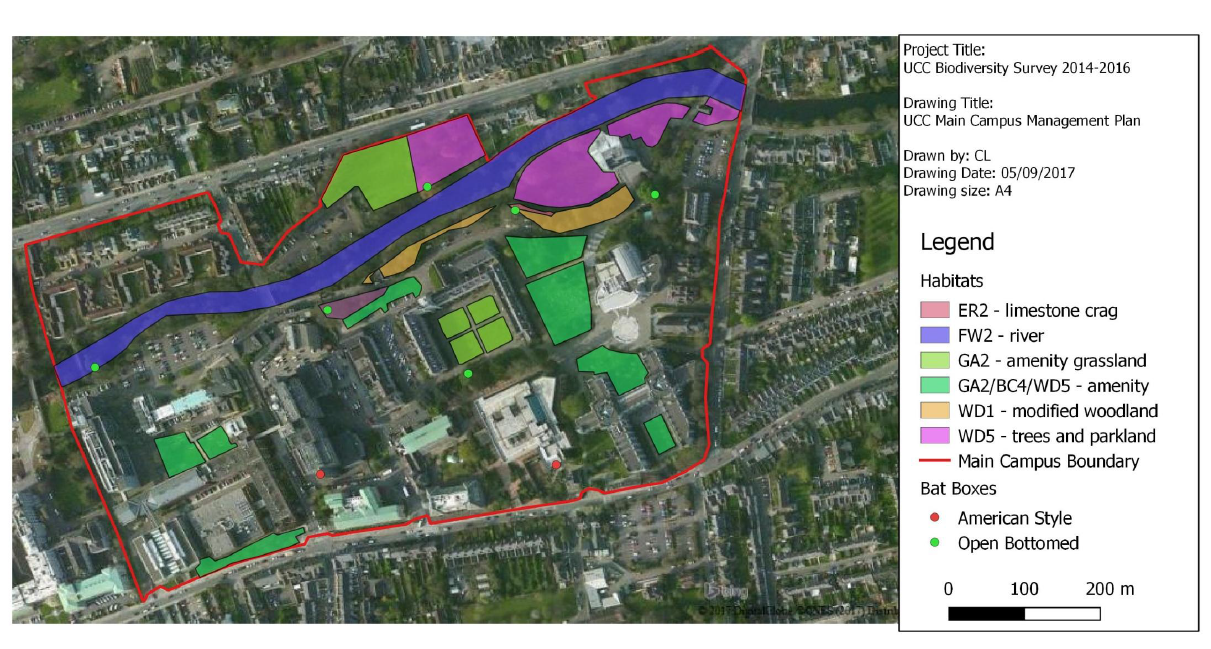 A total of 86 bryophyte species were recorded during bryophyte surveys of UCC Main Campus, North Mall Campus and Mardyke Sports Grounds, including an assemblage of County Importance on an exposed calcareous rock face on Main Campus. In addition a liverwort species recorded on the same calcareous rock face was recorded as new to the Mid Cork Vice County and a moss species recorded on a stone wall on the boundary of the Mardyke Sports Grounds was also a first for Mid Cork. Below is the habitat map prepared for UCC’s main Campus. Based on the results of all surveys, a Biodiversity Action Plan has been prepared and can be downloaded at this link UCC Biodiversity Action Plan 2018-2023.pdf.

UCC and the River Lee

UCC campus overlooks both the north and south channels of the River Lee.  This brings an enormous amount of diversity in flora and fauna to the campus.  Signs of otters are a regular feature of the river banks, herons are ubiquitous and kingfishers have been spotted feeding in the water from time to time.  At night, bats emerge from crevices and roosts to feed along the river.

The north and south channels of the River Lee are home to 11 individual otters, identified through tracks and spraints along the banks of the river.  UCC’s School of Biological, Earth and Environmental Science, and Cork Nature Network are among the groups that survey and study the behaviour of these elusive mammals. 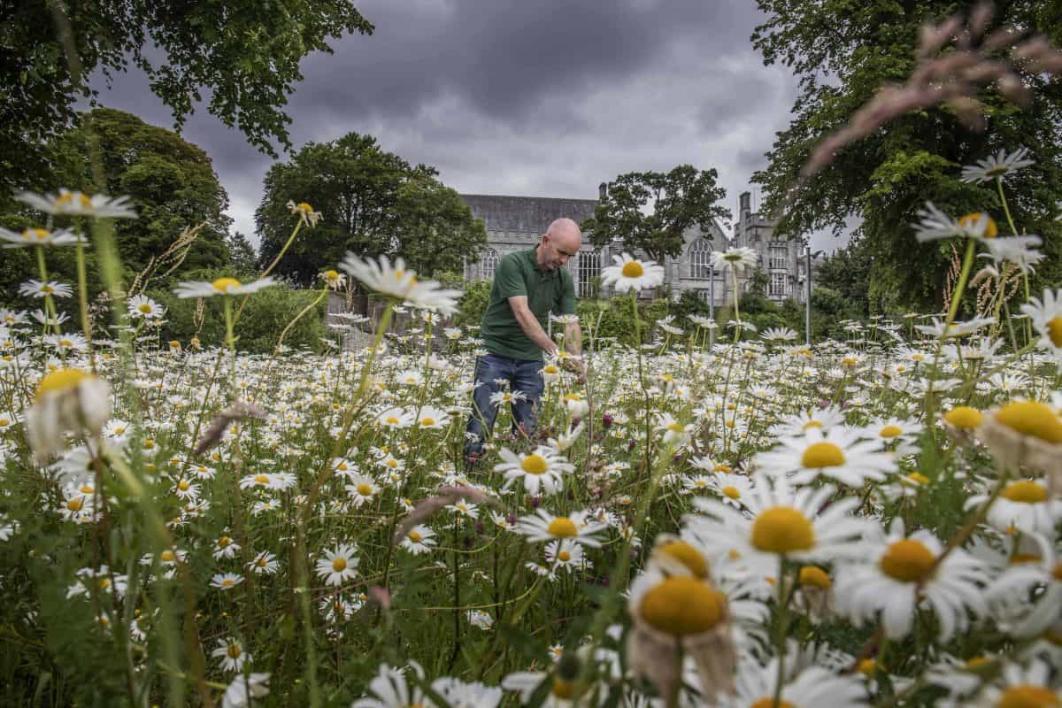 UCC grounds staff work under the direction of the Estates Manager, Barrie Curley.  The team consists of:

Care for the environment is at the core of how the Estates grounds staff carry out their day to day activities.  Here are just some of the greening activities undertaken by the Grounds staff in recent years