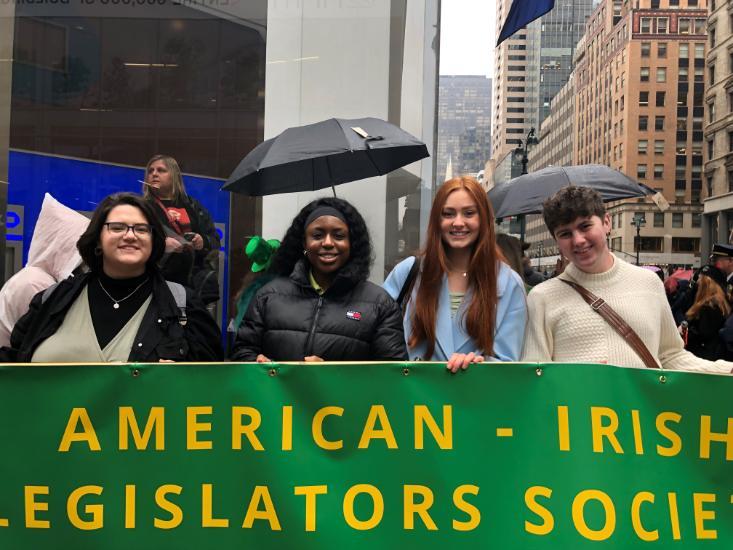 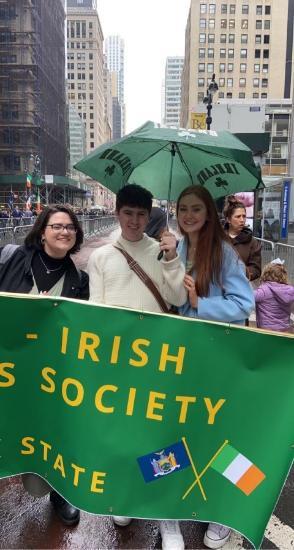 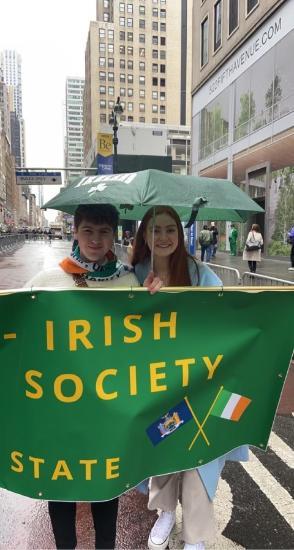 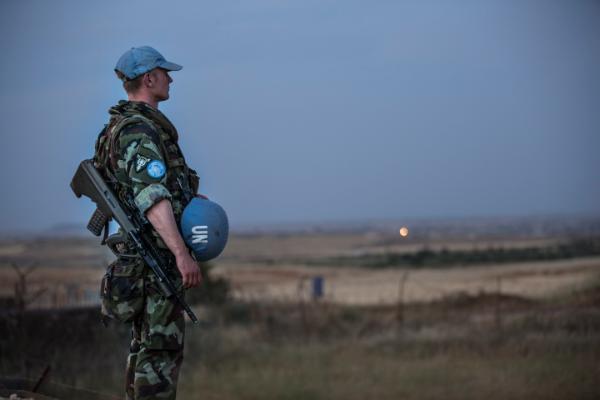 Prof. Andrew Cottey also contributed to the work of the Commission. Prof. Cottey is currently Chair of the Royal Irish Academy’s International Affairs Committee and in this context helped to organise two webinars with the Commission and the Institute for International and European Affairs which brought together academics and policy-makers to discuss the challenges facing the Irish Defence Forces. The report from the first of these seminars is available here: https://www.ria.ie/sites/default/files/debating_the_future_of_the_defence_forces.pdf. Prof. Cottey also made an expert submission to the Commission. One of the key recommendations of the Commission is to significantly increase Irish defence spending. In addressing defence spending, the Commission’s report draws on data provided in Prof. Cottey’s submission. Prof. Cottey says ‘the Commission’s report is an important landmark in thinking on Irish defence policy, but it is only the beginning of a national debate on what the Defence Forces should be for and how they should be organised and funded. That debate continues to unfold in the new context of Russia’s invasion of Ukraine.’

The report of the Commission on Defence Forces can be found at: https://www.gov.ie/en/campaigns/1e515-commission-on-the-defence-forces/# 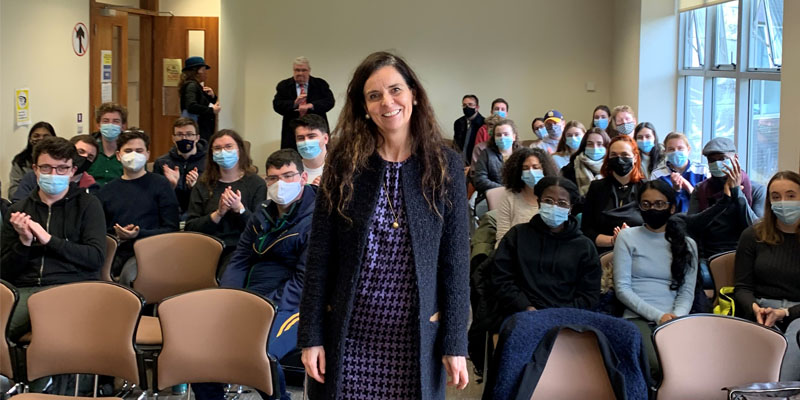 The UCC 2021 Politics Prizes are awarded annually to students who have excelled in their studies during the previous academic year.

‘Warmest congratulations to this year’s UCC Politics prize-winners. The rigorous, engaging and high quality work and research produced by Politics prize-winners is not just academically impressive, but socially and politically important too. We look forward to our prize-winners putting their learning into action when they leave UCC. Their achievements are a testament to the top-class learning experience and environment provided by UCC’s undergraduate and postgraduate Politics programmes’.

The prize-winners are drawn from all three years of the BA Politics undergraduate programme and this year are awarded to:

Since graduating last year, Eimear has been working on the frontline as a Medical Secretary in a GP practice.

Beth O’Reilly was awarded the Top Dissertation award for her final year BA Politics dissertation which examined how political beliefs are shaped by an ethical vegan philosophy. Beth is currently finishing up as UCC’s Student Union Commercial and Fundraising Officer before moving on to the role of Vice President for Campaigns in the Union of Students in Ireland.

The MSc Government and Politics Student of the Year was won by Natasha O’Toole. Natasha has been working as a Sales Development Representative since graduation and plans on doing some travel (when circumstances permit).

Postgraduate student Tessa Lyne wins the prize for her Masters dissertation which conducted an analysis of the neo-Nazi terrorist network, the Atomwaffen Division. Since finishing her studies, Tessa has been working as a trainee radio producer.

Congratulating all of the prize-winners, Director of the BA Politics programme, Dr Mary C. Murphy said:

‘We are very proud of our students achievements and delighted to see the breadth, diversity and quality of their academic work. We wish them well for the future and look forward to them making their (political) mark in the years ahead’.

MRes Government and Public Policy student Maria Torres was selected to participate in the international Talloires Network Next Generation Leaders Program. Maria is an outstanding candidate who was selected via a highly competitive application process open to all students in the network - a global coalition of 402 community-engaged universities, across 78 countries, with a combined enrolment of over 6 million students; making it the largest international network focused on university civic engagement.

Maria is a Peruvian indigenous lawyer and a MRes student in our department, who serves as a parliamentary adviser at the Commission for Andean, Amazonian and Afro-Peruvian Peoples, Environment and Ecology at the Congress of the Republic of Peru. She is a political activist for indigenous peoples’ rights and has advocated for reclaiming indigenous identity in Peru. Last year, she ran for Congress in Peru, leading a campaign based on making people aware about the importance of reclaiming indigenous identity.

Congratulations to Maria and we are confident that she will make an outstanding contribution to this global leadership programme.

The sixth Annual Public Lecture Series of UCC’s Centre for Local and Regional Governance (CLRG) took place on Thursday 15 April 2021 as a webinar on Zoom. The event was opened by the Head of the Department of Government and Politics Dr. Theresa Reidy. She introduced the Director of the CLRG, Dr. Aodh Quinlivan who gave an overview of the centre’s achievements in 2020, including the publication of Forgotten Lord Mayor and the successful ‘Lunch and Learn’ seminar series for staff of Cork City Council. UCC’s Vice-President for Research and Innovation, Professor John Cryan, then launched the centre’s virtual annual report for 2020 and he described the CLRG as a ‘role model’ within UCC.

The first lecture was delivered by the Lord Mayor of Dublin, Hazel Chu. During a wide-ranging talk, she called for enhanced powers for local government and a broadening of the representational base. She noted that she was only the ninth woman to be elected Lord Mayor of Dublin and she queried why the gender quota legislation introduced in 2012 did not extend to local government. Next up was John Moran who spoke about his hopes for a directly elected mayor in Limerick. He argued that while a directly elected mayor provides for greater democratic accountability, the creation of the role must come with a transfer of powers and budget. Moran criticised Ireland’s centralised system of government and the tendency for the centre to micro-manage the local level. He conceded: ‘When I was Secretary General in the Department of Finance, I probably loved the idea of control but, seeing it from the other side, you realise how inappropriate it is’. The final lecture of the night came from the Chief Officer of the Cheshire Association of Local Councils, Jackie Weaver. She stated that local government in the United Kingdom suffered under the weight of centralisation, just like in Ireland. Weaver then turned her attention to attracting more young people into local government. She noted: ‘We have struggled to get young people between the ages of 18-25 involved and interested in local government. We have established youth parliaments and youth councils, but are they actually representative of the youth in the community? With hand on heart, I think we would find it hard to say, “yes, they are”. We have a long way to go but in the last few months there has been an increased engagement with young people. Much of my time now is spent speaking in universities, colleges, and schools. Students are interested in local democracy and their local councils. That is the way forward’.

After a lively questions and answers session, closing remarks were delivered by the Lord Mayor of Cork, Councillor Joe Kavanagh. He complimented the speakers on their presentations and praised the contribution that the CLRG is making in raising awareness about sub-national government at home and abroad. 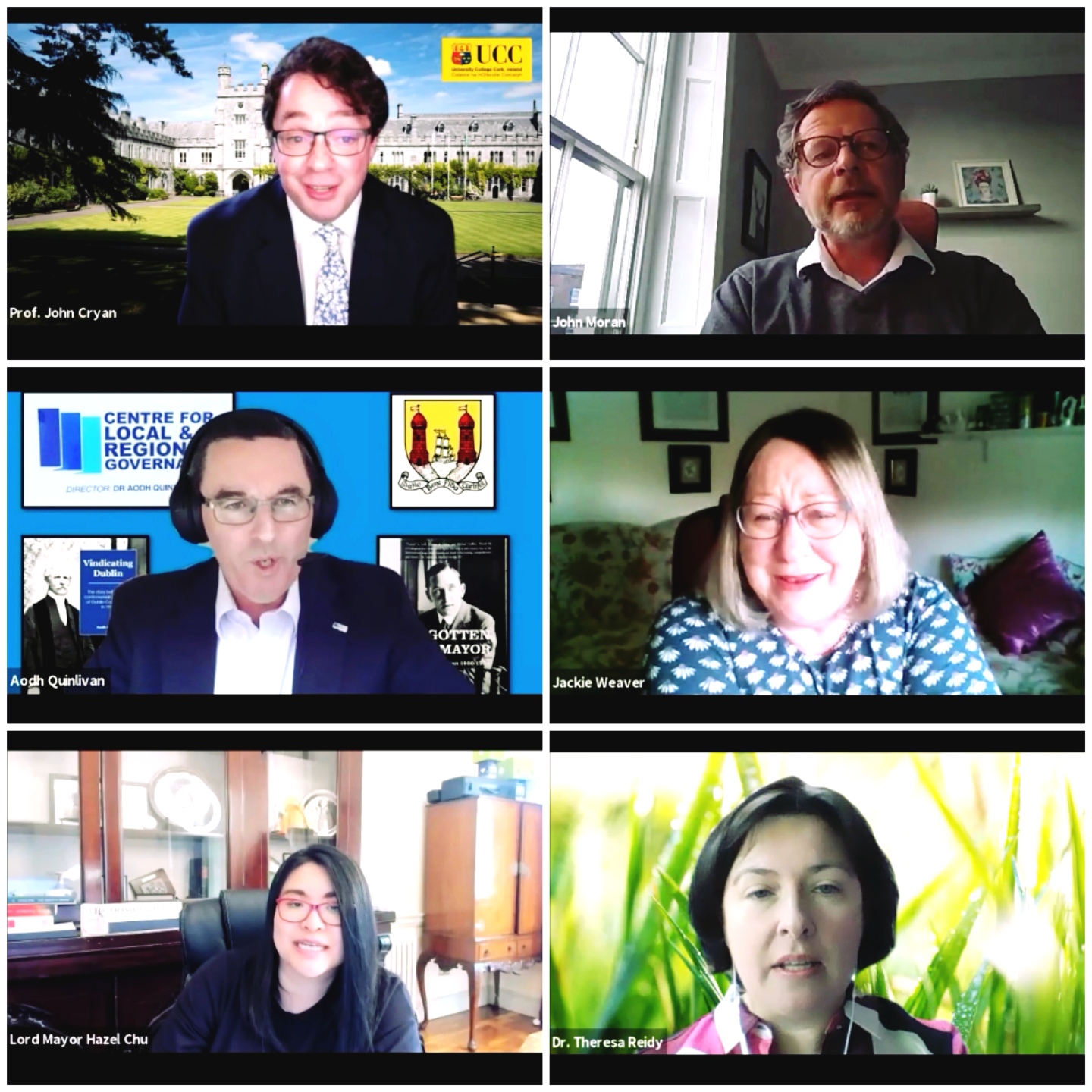 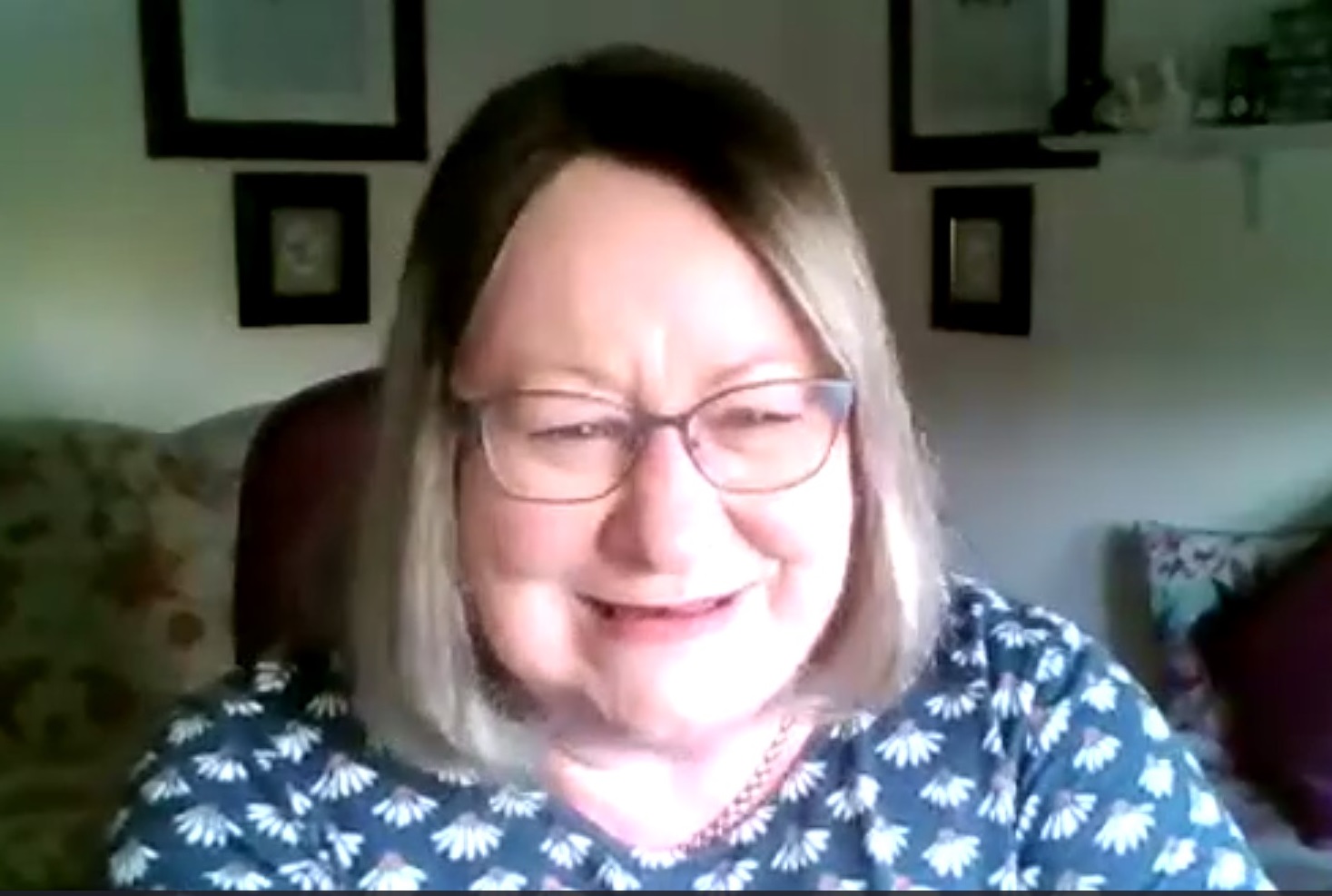