Past Events and Annual Reports

On Thursday 14 March 2019, at a packed Boole 1 lecture theatre in UCC, the Centre for Local and Regional Governance (CLRG) held its fourth Annual Public Lecture Series, under the theme, ‘Who Runs Local Government?' 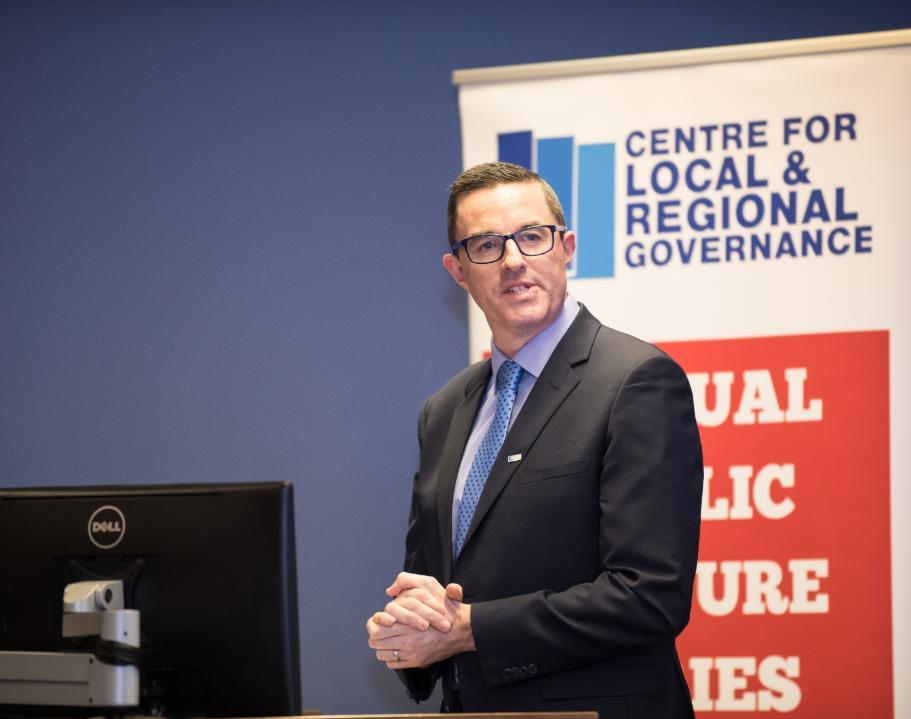 Dr Aodh Quinlivan, Director of the Centre for Local and Regional Government

The event was opened by the Lord Mayor of Cork, Councillor Mick Finn, who praised the contribution that the Director of the CLRG, Dr Aodh Quinlivan, makes in raising the profile of local government. The CLRG Annual Report for 2018 was then launched by the President of UCC, Professor Patrick O’Shea, before two student awards were presented to Aisling O’Leary (Best Under-Graduate Essay) and Richard Kelly (Best Post-Graduate Thesis). Pat Ledwidge received a Lifetime Contribution award to mark his retirement from Cork City Council where he has led the Docklands Project and the Cork Area Strategic Plan. 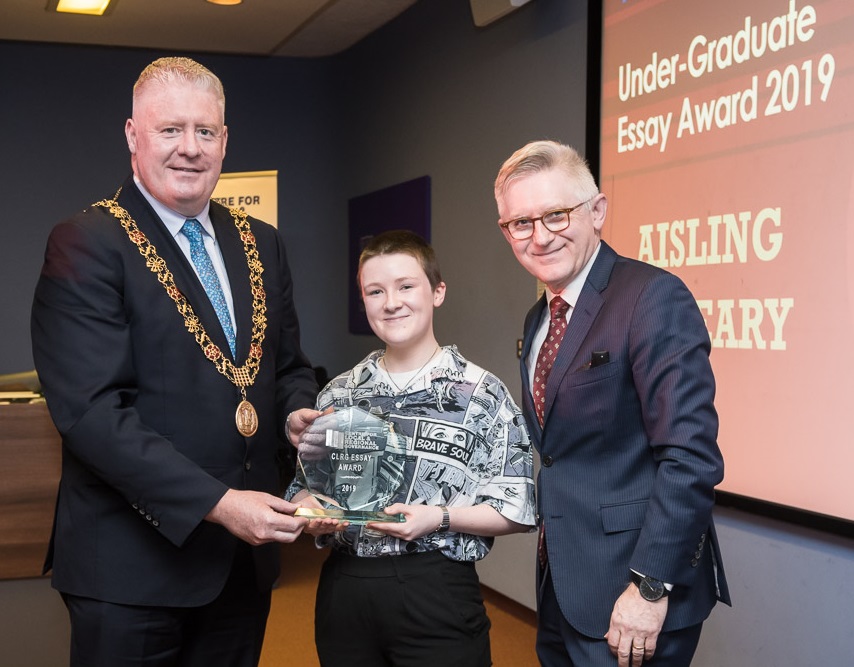 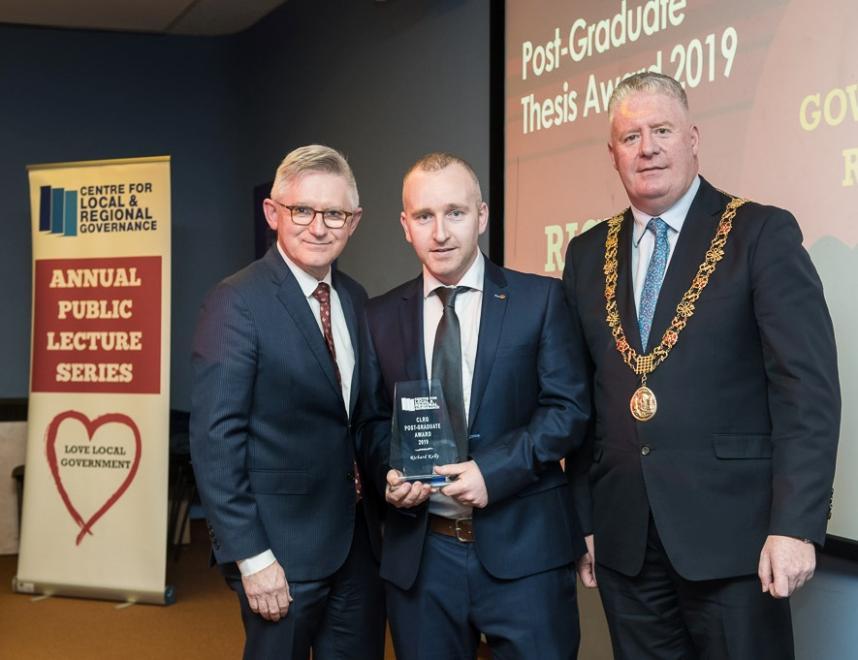 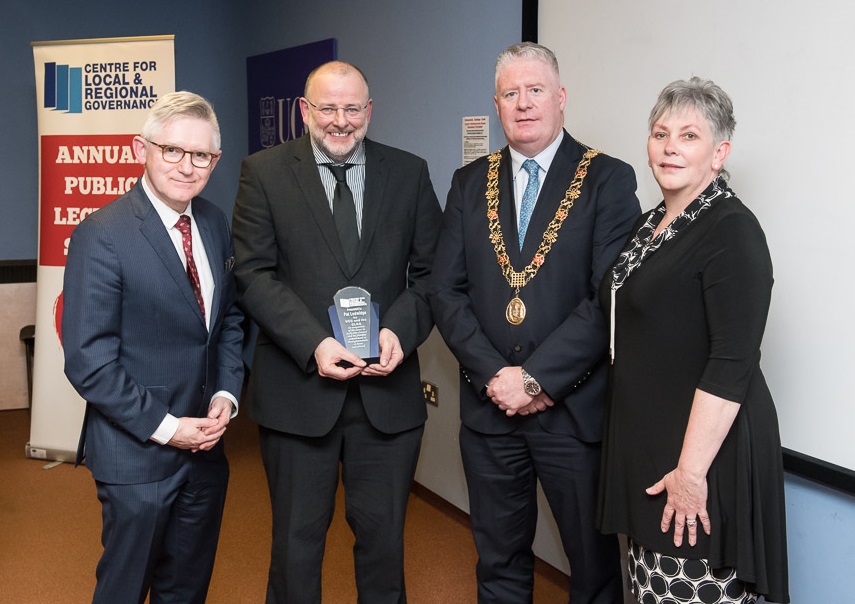 Jan O’Sullivan TD, Labour Party Spokesperson on Local Government, described the harsh realities of weaknesses in the Irish local system and explained how highly centralised Ireland is, by comparative international standards. Paul Reid, Chief Executive of Fingal County Council, argued that if local government was run by the private sector, it would not necessarily be done more efficiently. He called for a major devolution of functions to the local level. Councillor Mary Rose Desmond of Cork County Council described her daily life as a local public representative and asserted that power in local government is weighted towards the executive. She expressed the view that, though she favours the introduction of directly elected mayors, the plebiscite in Cork should not be held in May while the boundary extension transition process is ongoing.

Following the presentations, a lively questions and answers session was chaired by Dr Theresa Reidy of the Department of Government and Politics. Overall, the lecture series demonstrated that all politics is indeed local and that there is a lot of interest in democracy at the sub-national level.

A Directly Elected Mayor For Cork

On Monday 4 March at UCC, Dr Aodh Quinlivan was the keynote speaker at a workshop to raise awareness about the plebiscite on 24 May at which people in Cork city will vote on whether to have a directly elected mayor or not. The event was organised by the Cork Mayor Campaign, in conjunction with the Centre for Local and Regional Governance. Aodh argued that we urgently need more details on what is being proposed, especially the role and powers of the mayor. At the moment, we have more questions than answers and public engagement on the issue is very low. Following Aodh’s presentation, the assembled guests broke into workshop groups to discuss specific aspects of what a directly elected mayor model might look like. A report from the event will be collated and sent to Minister John Paul Phelan in the Department of Housing, Planning, and Local Government. 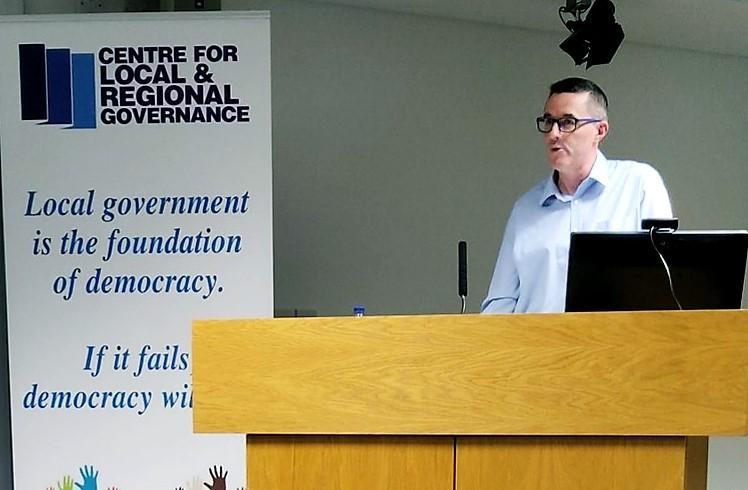 The CLRG was launched in February 2016, as part of our inaugural Public Lecture Series.

The lectures series drew a crowd of over 150 people to UCC and was a great success.

The lecture by the former Mayor of Hartlepool, Stuart Drummond (aka H’Angus the Monkey), was especially well received. It was also fitting that the Lord Mayor of Cork, Councillor Chris O’Leary, was present for the occasion. The other speakers were Danny McLoughlin – Chief Executive, South Dublin County Council;  Karen Smyth – Head of Policy, Northern Ireland Local Government Association; and Professor Colin Copus – Professor of Local Politics at De Montfort University, Leicester. The event was chaired by the broadcaster, Deirdre O’Shaughnessy. 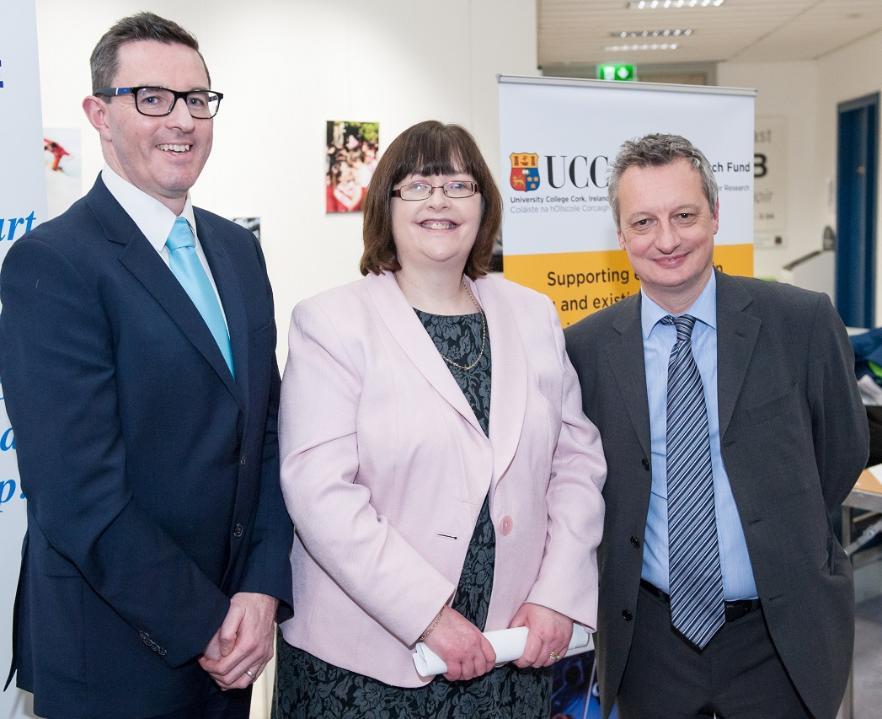 The CLRG was jointly launched by Professors Anita Maguire and Colin Copus. 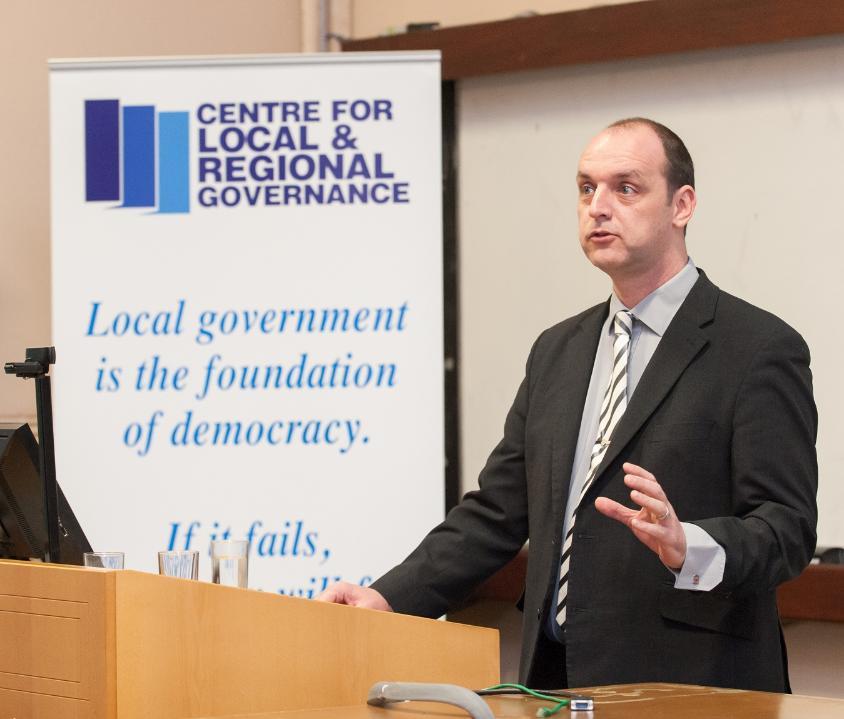 The keynote speaker at the launch was the first directly elected Mayor of Hartlepool, Stuart Drummond (aka H’Angus the Monkey) 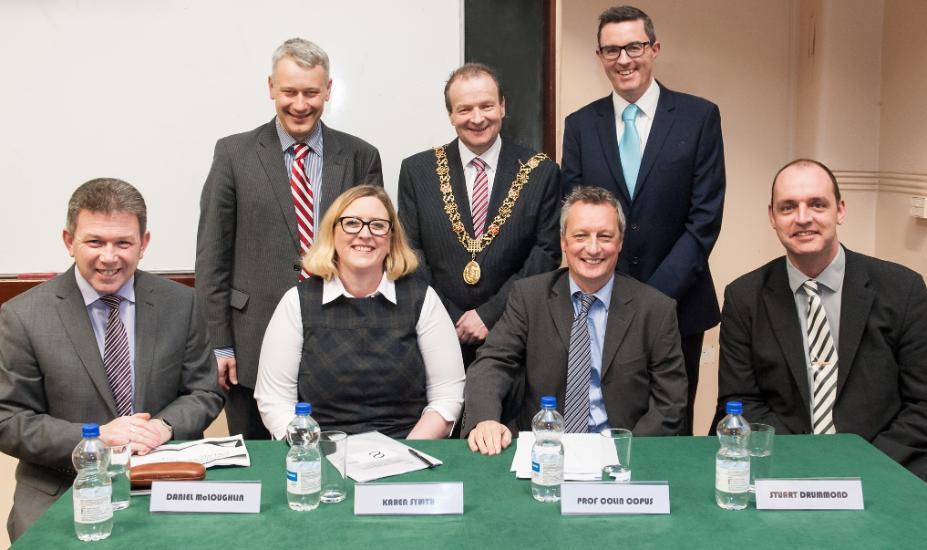 The Lord Mayor of Cork and the speakers