Introducing Rhiannon Connick and her experience in the theatre department UCC. 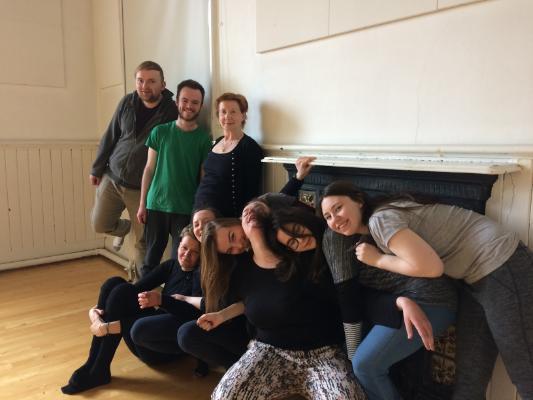 Theatre comes in many different forms. Whether it’s through the ‘traditional’ style of theatre, with characters, a script and a set on a stage, to a more abstract performance, relaying stories and images through movement of the human body or a simple object commanding the stage, theatre comes in many different shapes and styles to communicate and connect with an audience. This is certainly something that I’ve been learning and exploring this past few weeks in my theatrical experiences in UCC.

This semester, we’ve been learning about Theatre of the Image, and its various practitioners, such as Tadeusz Kantor and Pina Bausch. To help us to learn and understand their methods, we’ve each been tasked with creating a short performance piece using a random object that we found and hold no initial attachment to. For someone who hasn’t had a lot of involvement with this kind of theatre, it’s been an interesting and somewhat challenging experience. 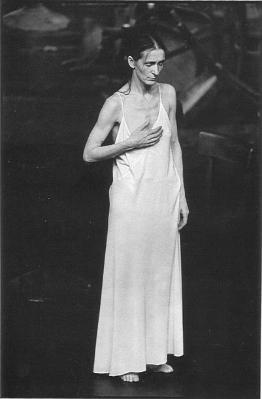 For my object, I chose a fan that seems to be woven out of a dried grass of some kind. I found it in a charity shop, and it caught my eye because it was sitting on a shelf, hidden behind numerous other ornaments. It’s almost weird to think there was a time where I didn’t have this fan, as it never seems to leave my side now. Initially, I was unsure about how I would develop an intriguing and entertaining piece of theatre based on it, but having spent many workshops working with it, through various exercises and movements, it has become another extension of myself to help convey stories and emotions to the audience. 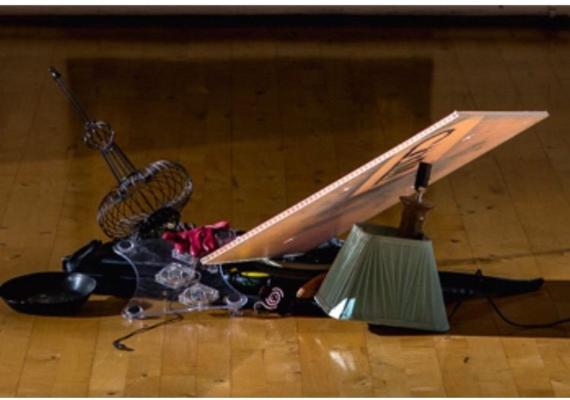 The piece I’m currently working on is about how people can hide their true selves behind a mask. An interesting concept that I really wanted to work with in the beginning was that the audience wouldn’t see my face throughout the performance. I really liked this idea since the actor face is more often than not integral to a in a performance, and by removing it, in can create a sense of disconnect and curiosity within the audience. I also thought it would be an unusual and intriguing way to challenge myself, and try to convey many different emotions and feeling through just my body alone. My back to the audience for a good portion of the piece, however, whenever I turn to face the audience, I have the fan obscuring my face at all times, with fan being my ‘mask’.

I have really enjoyed working on this piece, as it has opened my eyes to whole new world of theatre I hadn’t really explored before, and I hope to do so more in future. I enjoying taking part in the classes and workshops, as it help to develop my skills, but also allows myself and other students to work off of each other and give feedback to one another about our pieces. Everyone in the class has been very supportive and are more than willing to lend a hand when I need it. It is such a creative and relaxing atmosphere when we’re working on our pieces together, and it’s always the small moments like that which remind me why I love doing theatre in the first place. 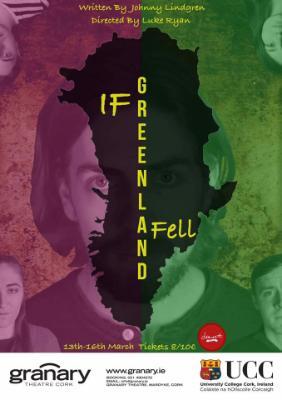 However, my recent theatre experiences haven’t just been limited to the classroom. Recently, I played the character of Mollow in UCC Dramat’s production of “If Greenland Fell”, written by Johnny Lindgren (who is a past DTS student) and directed by Luke Ryan. The play follows the story of a dysfunctional family coming together when faced with the fact that Greenland has appeared floating in the sky and is about to drop on them in three days. It is the fourth Dramat production, having also acted in “Body Awareness” and directed a short play for Fourplay, Dramat’s short play festival last semester, and acted in the festival myself a year prior. Overall, it was an amazing experience. It gave me an opportunity to act and work with some of the most talented people within the society, and gave me another chance to do more acting, which I love. Even now, we are getting ready to bring the production to Belfast and perform it for the Irish Student Drama Awards, along with two other Dramat productions. I am so proud to be a part of this production, and excited to be offered this opportunity to perform the play again to a different audience in Belfast. All fingers are crossed in hopes we win something. 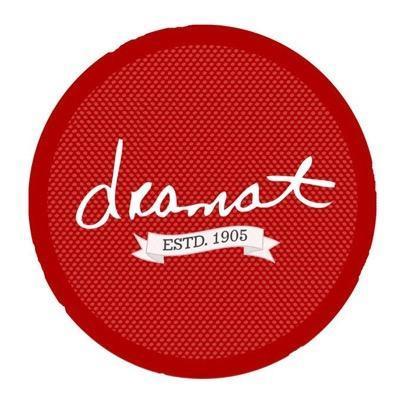 Dramat has been such a fun and fantastic society to be a part of, as it allows like minded people who are passionate about theatre to come together and create. I have made so many lifelong friends within it, as well as having the chance to work with people who are going to be future theatre makers themselves. It has given me the opportunity to do things I had never thought of doing before, such as directing, and gives me a safe supportive environment to honed my theatrical skills that I learn in class. I have so many great memories attached to it already and it reminds me on daily basis on why I love theatre and chose to study it in the first place. And I look forward to creating more theatre and memories for years to come. 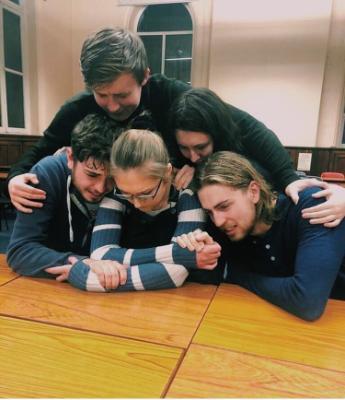