The Soundseekers Audio Festival is delighted to announce its first-ever broadcasting launch from the 21st of February until the 21st of March 2022. In partnership with a network of 18 community radio stations across Ireland, Refugee, Asylum & Migrant communities, The Broadcasting Authority of Ireland (BAI), the Irish Research Council, and University College Cork.

The festival involved creating a platform for creative expression and working with asylum-seeking communities in Europe in Digital and Community Radio Broadcasting Skills over a two year period. The fruits of which have culminated into a body of creative multimedia and FM broadcasting works.

The festival aims to engage audiences and raise awareness around global issues on the local, national and international front concerning the complexities of seeking asylum in Europe.

The Soundseekers Audio Festival is part of a PhD research project which is ethically approved by University College Cork. It centres around creating and utilizing community media and social media platforms for under-represented voices and seeks to contribute towards changing the negative mainstream narrative around those that seek asylum in Ireland and Europe by creating alternative narratives. Upon completion, producers who participated in the training program received Digital Badge accreditation from University College Cork. Imagery available on request.

Interview with Eric Ehigie of the Black and Irish Movement 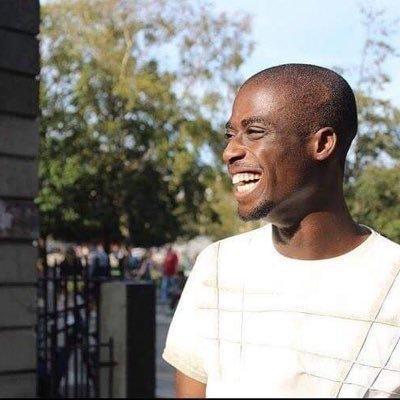 Eric Ehigie of the Black and Irish Movement talks to Dr. Gertrude Cotter, UCC, on the theme of being Black and Irish.  Eric lived in the Direct Provision system as a child.  His family now have Refugee status and he is a third year law student at UCG and political coordinator of Black and Irish.  Eric offers a personal insight into how racism can curtail personal and collective dignity.  He  talks about how hardship  kickstarted a journey away from his family's homeland in search for greener pastures in a land other than their own.  As modern Ireland attempts to allow others to embark on a similar journey, Eric talks about how the refugee experience of his family and friends, calls for them to extend empathy to those who hope to find a home here. Racism he says is antithetical to the essence of Irishness. Our responsibility is to dig deep and recognise our common experiences with migrants and minorities in this country; to recognise the common humanity that we and others in our country are derived from, and to act accordingly.  It’s not a ‘them’ and ‘us’ situation, it’s an Irish situation. Our response should be reflected in our personal lives, our education system, the workplace, government, and every facet of the country.  Eric and Diana Siwela of MASI (the Movement of Asylum-Seekers in Ireland) will also run an online Anti-Racism workshop as part of UW0012 Praxis module in Development and Global Citizenship Education on the 23rd February - contact Dr Gertrude Cotter for more information. 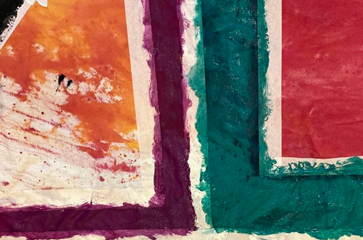 How I See My Identity 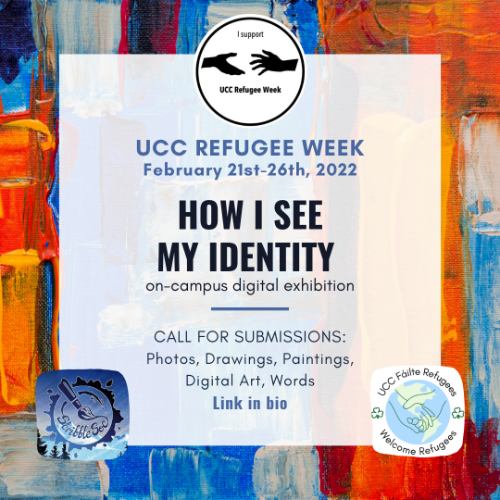 UCC Fáilte Refugees Society and UCC Scribble Society are proud to be bringing a digital art exhibition to UCC Campus for Refugee Week 2022 (21st-26th of February). Whoever you are and wherever you may be in the world, we are inviting you to submit your digital artwork in response to the theme: how I see my identity. The work will be displayed digitally in the Boole Library, and it will also be projected at different locations and during different events on campus throughout the week. You may choose to share a photo, a painting, a drawing, or any visual media that can be uploaded to our online submission form. Find the link in our bio, or send us a message for further queries. We cannot wait to bring the shapes and colours of your identity to UCC Campus this Refugee Week!