The UCC School of Law annual Schools Essay Competition has once again been a huge success!

A record number of entries were received with entrants from almost every county in Ireland represented.

The six competition winners attend schools in Longford, Galway, Clare, Limerick, and Dublin and were presented with a certificate and cheque at the prize-giving ceremony on campus on Thursday 1st February.

The overall winner of the competition was Vivian Forde, whose enlightening essay detailing the consequences of Brexit on Ireland won praise from each of our judges.

Once again the judges found the essays to be of exceptional standard.

Further information is available from Anne Wallace, Student Recruitment & Liaison Officer with the College of Business and Law, tel: 021-4205102 or email: a.wallace@ucc.ie.  Details of the prize giving ceremony can be found at the following link www.ucc.ie/en/lawsite. 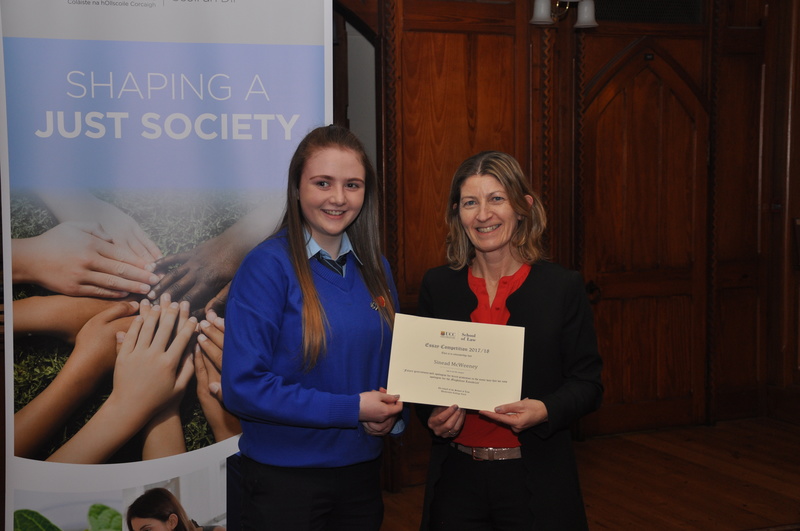 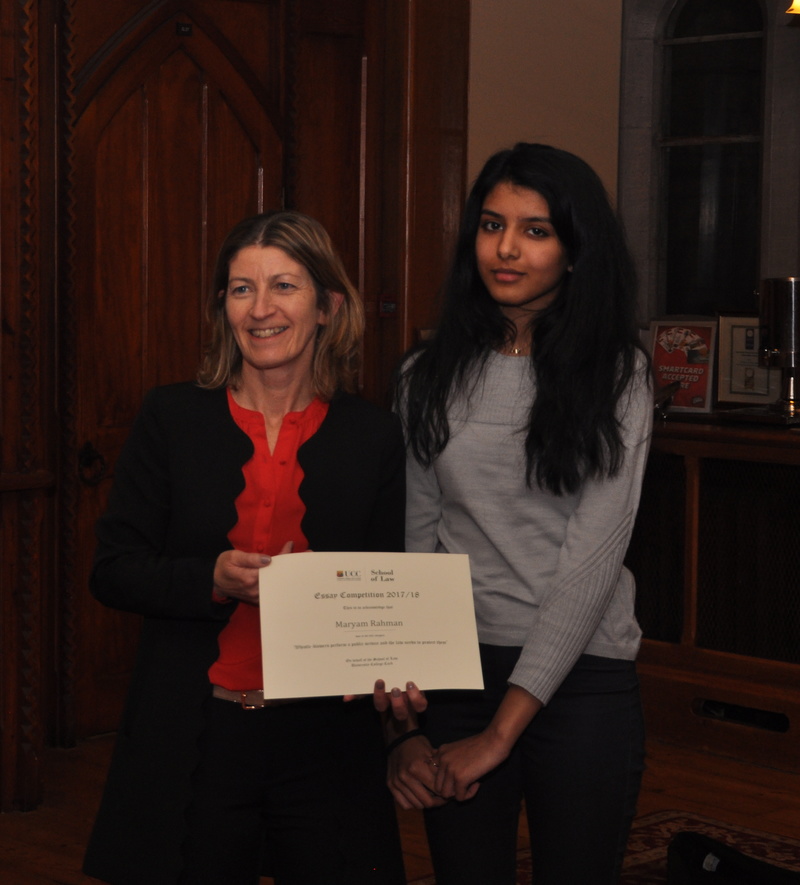 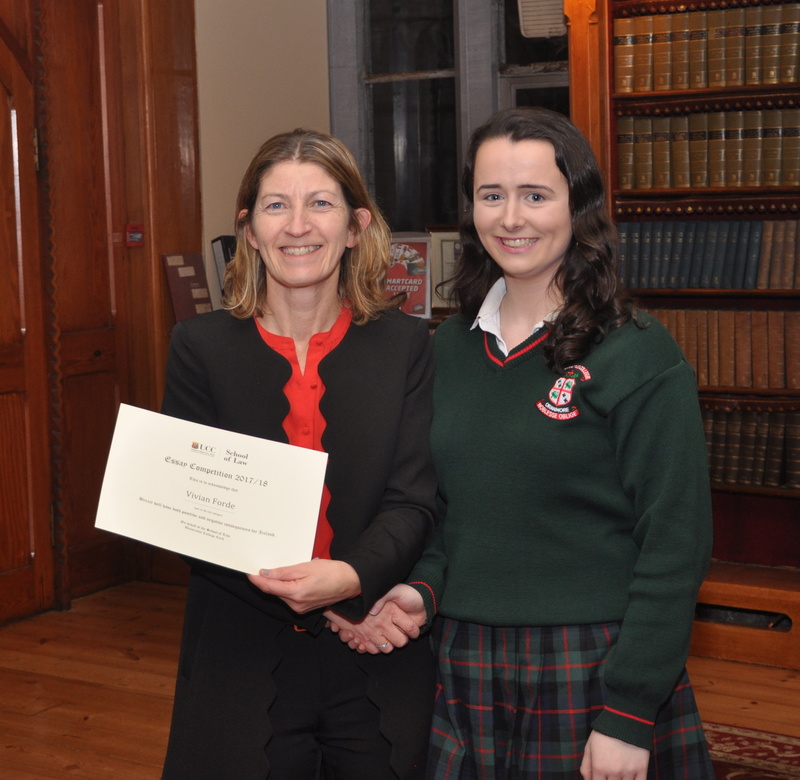