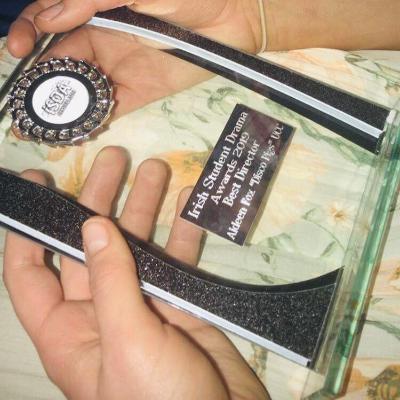 After recently directing the famous Enda Walsh play, Disco Pigs with UCC Dramat; Aideen and her cast and crew were short listed to represent UCC at the Irish Student Drama Awards (ISDA) in Belfast.

ISDA is an annual festival organised by and for students from Universities around Ireland to celebrate and recognise the best student theatre in the country.

It is a huge achievement and honour to be asked to participate in the festival, however for Aideen and her production it did not stop there.

Disco Pigs was nominated for:

Below Aideen speaks about her whole experience and what this has all meant to her. 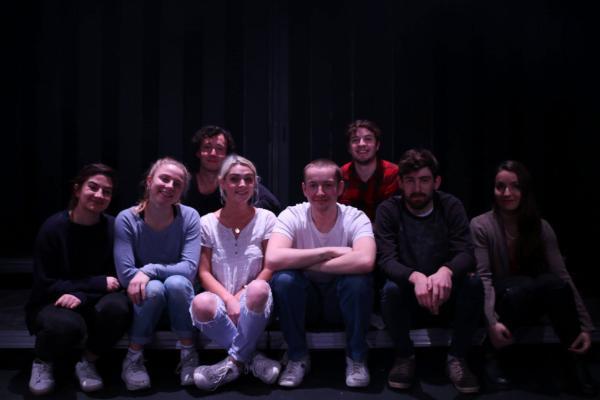 "When I first found out that Disco Pigs was going to ISDA I was so excited to get the crew back together and see everyone I had not worked with in five months.

The first run had been such an enjoyable experience and we were all delighted that we were being presented with an opportunity to put this play that we all loved so much on stage again.

I was initially nervous about bringing Disco Pigs to Belfast, mainly because of Enda Walsh's obscure language and how it would translate outside of Cork. Disco Pigs is the essential modern Cork play. Through Walsh's writing, the city shines through as much as the characters.

Whilst we did make efforts at improving the clarity of the language, I thought it was important to not fixate completely on the audience's response and further than that, the outcome of the awards. My priority was that the process was enjoyable, fun and meaningful for myself and my team.

Disco Pigs is energetic, visceral, and is a Cork based play. All factors in which we all could connect to, as young people studying in Cork. Born and bred in Cork,myself, Niamh Santry (RUNT) and Arann Blake (PIG) particularly had a very sincere connection to the play. All the place names and descriptions of Cork in Walsh's writing ignited memories of our own youth that we could draw on to create the world of PIG and RUNT. 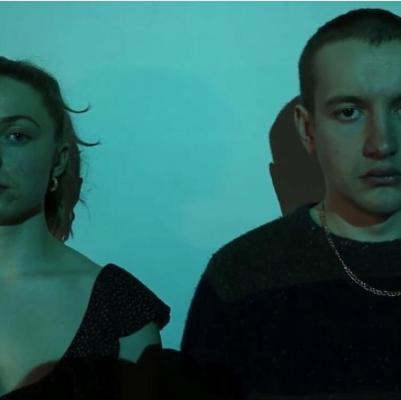 I think that's what made both of their performances so outstanding, they understood completely and personally what the play is about. Whilst many productions of Disco Pigs have been put on around the world, I believe the presence of a creative team from Cork added to the authenticity.

I was proud that we were putting our own spin on Disco Pigs which had a modern twist whilst still staying true to the retro aesthetic of the 90s. One of the major reasons I had connected with the play was how many parallels it made with the modern day.

The youth disenfranchisement and drug culture associated with the 90's is making a big comeback in this era. This was another reason we decided to make the soundtrack predominantly techno based.This is a genre of music that has also made a comeback after its heyday in the 90's. 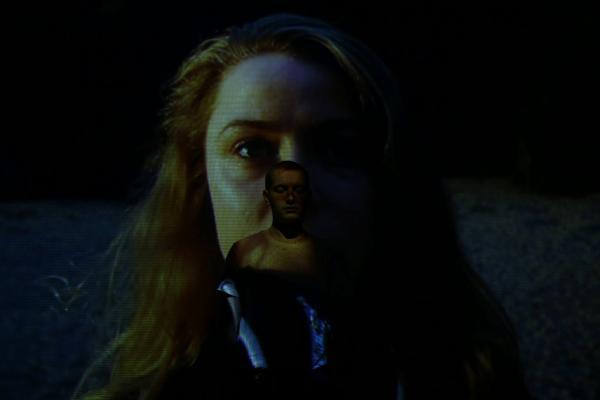 The way this play connected with a modern audience and the judges of the festival was astounding. It is proof of the timeless nature of the play.

I adored the production we had created, the fact that it had been received so well was amazing. I'll take away so many wonderful memories from my week in Belfast.

I don't think I stopped laughing the whole week.

Staying in a hostel with your friends and working on shows together was absolutely fantastic. Seeing the whole thing come together after weeks of hard work was something I'll never forget." - Aideen Fox