Prof Cryan and his colleague Prof Ted Dinan whose headlining scientific research has shown a link between bacteria in the gut and mood, tell Margaret Jennings that it’s all about diversity in the diet – so it’s OK to have the odd apple pie.  Link here: https://www.ucc.ie/en/magazine/2018issue/its-not-just-a-gut-feeling.html 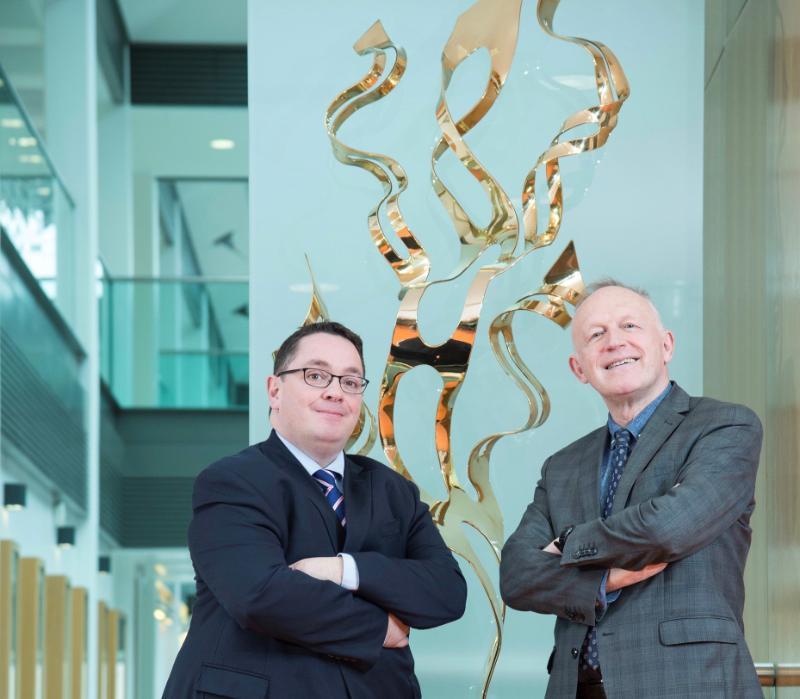 Independent Thinking began life as a newsletter – The Graduate - first published in 1991. Over the years, the publication developed into a graduate-focused bi-annual magazine, distributed to all those with an undergraduate degree. In 2015, the magazine was renamed Independent Thinking: The University College Cork Magazine, to reflect the changing readership and embrace all those with a relationship with UCC – students, staff, alumni, collaborators and friends. The magazine’s purpose is to provide a ‘good read’ in a high quality format that showcases ‘independent thinking’ in all its forms across UCC.

The magazine is now published annually and distributed via two national newspapers: The Irish Examiner and The Irish Times. In addition, the magazine is also still posted to members of the former UCC Alumni Association. In total, the print run is over 100,000 copies with many more potential readers in Ireland and further afield.  The content of the magazine is also available online (https://www.ucc.ie/en/magazine/) and is promoted through UCC’s various social media platforms.

The magazine is published by Office of Marketing and Communications, UCC, in close collaboration with the Development and Alumni Office. Nancy Hawkes (n.hawkes@ucc.ie) is editor in chief and Jane Haynes (jane.haynes@ucc.ie) is commissioning editor.