The Department of Anatomy and Neuroscience and APC Microbiome Ireland, welcomed worldwide delegates to the International Society for Serotonin Research Conference – “Serotonin on the Wild Atlantic Way” which was held in University College Cork on July 15 to July 18th 2018 and included some of the leading serotonin researchers in the world.

Serotonin is an important neurotransmitter involved in many gut and brain functions, including emotions, memory and cognition.  In fact, most currently available antidepressants act to boost serotonin levels to improve mood.  However, over 90% of human body’s total serotonin is found in the gut where it helps to regulate bowel movements. Research presented during the conference highlighted the latest serotonin developments relating to the gut microbiome, brain function and behaviour including advances in the diagnosis and treatment of Irritable Bowel Syndrome (IBS).

The International conference organised and hosted by the Department of Anatomy and Neuroscience and the APC Microbiome Ireland saw an influx of almost 200 international delegates to Cork and contributed over €300,000 to the local economy.  It is the latest example of the success of the Cork Convention Bureau and Meet in Ireland ‘Conference Ambassador’ programme.

Dr Patricia Gaspar gave the 2018 Irvine Page Plenary Lecture.  Dr Gaspar is a Research Director (DR1), at Inserm in the “Institut du Fer à Moulin” a Neuroscience Center on brain development and plasticity. Dr. Gaspar’s work has focused on the developmental role of neurotransmitters and in particular the impact of early 5-HT dysfunction on neural circuit development in neuropsychiatric disorders. Using genetic approaches in mice, her research team was the first to demonstrate the role of 5-HT signalling on activity-dependent circuit maturation in the barrel cortex and in the visual system. Currently her lab is examining the role of guidance molecules on 5-HT pathway development, and on the mechanisms underlying the effects of early-life stress on brain wiring. 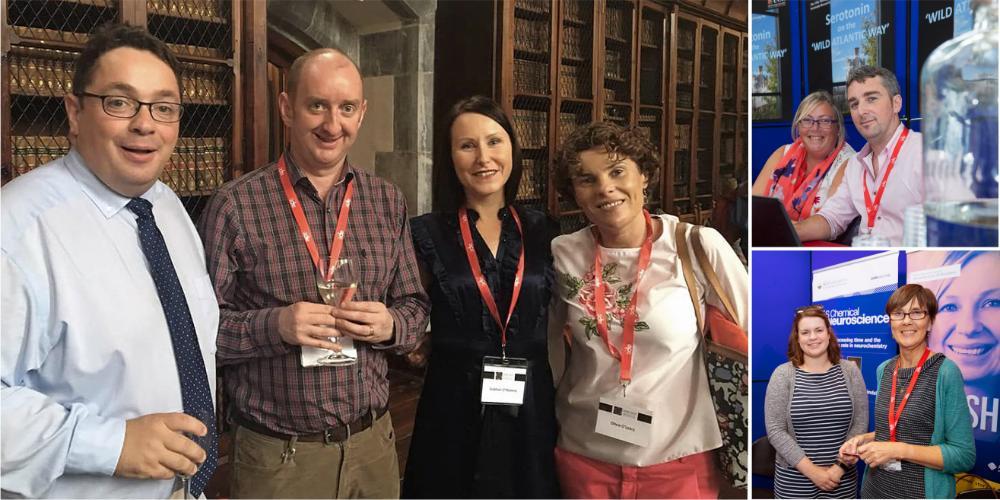 Professor Mark Geyer gave the 2018 Maurice Rapport Plenary Lecture.  Professor Geyer is the former Vice Chair for Research in Psychiatry and currently directs the Neuropsychopharmacology Unit of the VISN 22 VA’s Mental Illness Research, Clinical, and Education Center at UC San Diego. Professor Geyer’s research has focused on the development of parallel behavioral paradigms in animals and humans for use in psychiatric drug discovery. He is a pioneer in the translational study of sensorimotor gating deficits in schizophrenia and related animal models and the development of a behavioural pattern monitor for rodents and man with cross-species translational relevance.

Dr. Kathryn Cunningham gave the 2018 Paul Vanhoutte Distinguished lecture.  Professor Cunningham is the Chauncey Leake Distinguished Professor of Pharmacology in the Department of Pharmacology at the University of Texas. Kathryn’s research has focused on improving our understanding of the neuropsychopharmacology of drugs of abuse with the aim of developing new medications for the treatment of psychostimulant abuse and neuropsychiatric conditions such as binge eating disorder, and obesity as well as novel serotonergic medications to extend abstinence. 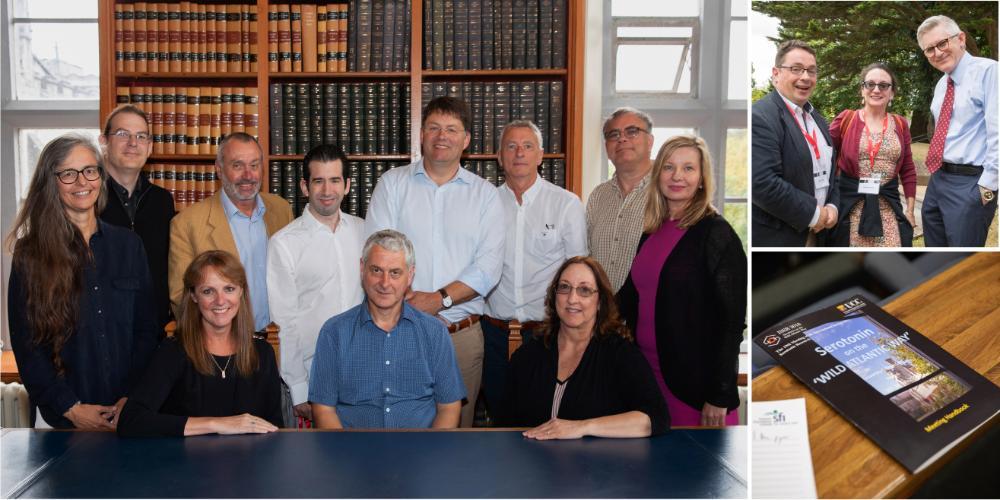 A particularly exciting aspect of the conference was the inclusion of “Pioneers and Prodigies” sessions, where fifteen highly talented graduate students and postdocs presented their research.  Promoting emerging young investigators actively involved in serotonin research is a shared ambition of both APC Microbiome Ireland and the International Society of Serotonin Research.

The programme also included several social events which commenced with the melodic tones of the uilleann pipes guiding delegates to the Opening Reception the Aula Maxima. The Young Scientists Evening followed the Cork Heritage Pubs Trail, and a lunchtime trip to Blarney Castle and see some of the beautiful Irish countryside en route was a very popular event. The meeting closed with a Gala Dinner in ‘Vertigo’ - the roof top pavilion restaurant of Cork County Hall and the Kingsley Hotel.

Next Article
Back to Department Events and Conferences