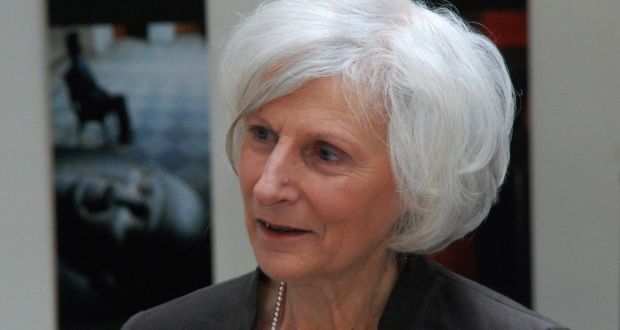 Remembered as a gifted lecturer and writer by her colleagues and her students, Dr Jennifer O'Reilly played a key role in establishing the degree programme in History of Art at UCC, where she lectured on medieval history between 1975 and her retirement in 2008.

Her scholarly interests and publications lay principally in three areas: the iconography of early Irish and Anglo-Saxon art; the writings of Bede the Venerable and Adomnán of Iona; and medieval hagiography. In these areas she explored the intimate relations between medieval texts and images and the traditions of biblical exegesis shaped by the Church Fathers. Her teaching inspired generations of students, many of whom went on to complete doctorates under her supervision. In retirement she continued to write extensively, and she gave numerous public lectures, including the Jarrow Lecture and the Brixworth Lecture. She was a Member of the Royal Irish Academy and a Fellow of the Society of Antiquaries.

Renowned academic authority on The Book of Kells

The Cork medieval scholar Jennifer O’Reilly, who has died aged 72, was a gifted university teacher and a renowned authority on The Book of Kells and similar treasures of antiquity. In her long and distinguished career, she made substantial and groundbreaking contributions in the fields of history, theology, art history and manuscript studies. In a moving eulogy, her great friend Colmán Ó Clabaigh O.S.B., of Glenstal Abbey, compared her untimely and unexpected death to ‘watching a library burn’. Describing her as ‘a gifted communicator’, he said it was ‘impossible to leave one of her lectures unmoved and without wanting to hear more. Nor was this ability confined to adult audiences: there is a wonderful picture of her and Terry teaching their eldest grandchild, Liam, to read.

‘She is gazing at the text with the same intensity with which she scrutinised the Book of Kells or the Lindisfarne Gospels. The book in this case was Bob the Builder and the Little Blue Van.’ Brother Ó Clabaigh said that it was true that she looked with wry amusement and dry wit at university politics and policies. But in the twenty years he knew her he never once heard her utter an unkind or uncharitable word about anyone. ‘How to put this delicately? This is not a common virtue in Irish universities. Nor is it a common attribute of Irish monasteries so I certainly am not speaking from any position of moral authority’.

Born in the UK and educated at the Barr’s Hill School in Coventry, O’Reilly obtained her first degree in 1964 from the University of Nottingham, where she studied under the medieval historians James Holt and Bernard Hamilton, and the art historian Alastair Smart. She was awarded the Diploma of Education with a distinction by the University of Oxford. The O’Reilly family moved to Cork in 1975. A devout woman, she had a lifelong engagement with Christianity and her great love was to study and teach the history and art of these islands in late antiquity and the early Middle Ages. She played a key role in establishing the BA programme in the history of art at University College Cork. In her academic research, she was particularly interested in the connections between Ireland and Britain, and the creation of an English Christian community, to which Irish missionaries made a great contribution.

Her work has added significantly to the understanding of Ireland and Anglo-Saxon England in the early Middle Ages. She also explored relationships between these islands and Rome, and indeed the eastern Mediterranean, through the visual arts and especially Insular gospel books, including the Book of Kells. She examined as well the fusion of barbarian and classical art in these works and saw the key to their puzzling iconography in scriptural exegesis. Her contributions to scholarship were acknowledged in 2005 when she was elected a fellow of the Society of Antiquaries, and again in 2007 when she became a member of the Royal Irish Academy, a distinction she shared with her husband, Terence, emeritus professor of Spanish in UCC. In 2008, a two-day conference in her honour was held at the university and at Glenstal, the proceedings of which form the nucleus of the publication Listen, O Isles, Unto Me (2011). Fittingly, the sung music chosen for the funeral service was the Agnus Dei of William Byrd (1543–1623), the Nunc Dimittis of Christopher Tye (1505–1573?) and the Congregational Hymn of George Herbert (1593–1633). She is survived by her husband, Terence, and sons Michael and Tom.